Why Is There a Sexy Handmaid's Tale Halloween Costume? | The Mary Sue

Our World Is Beyond Parody With the Sexy Handmaid Halloween Costume 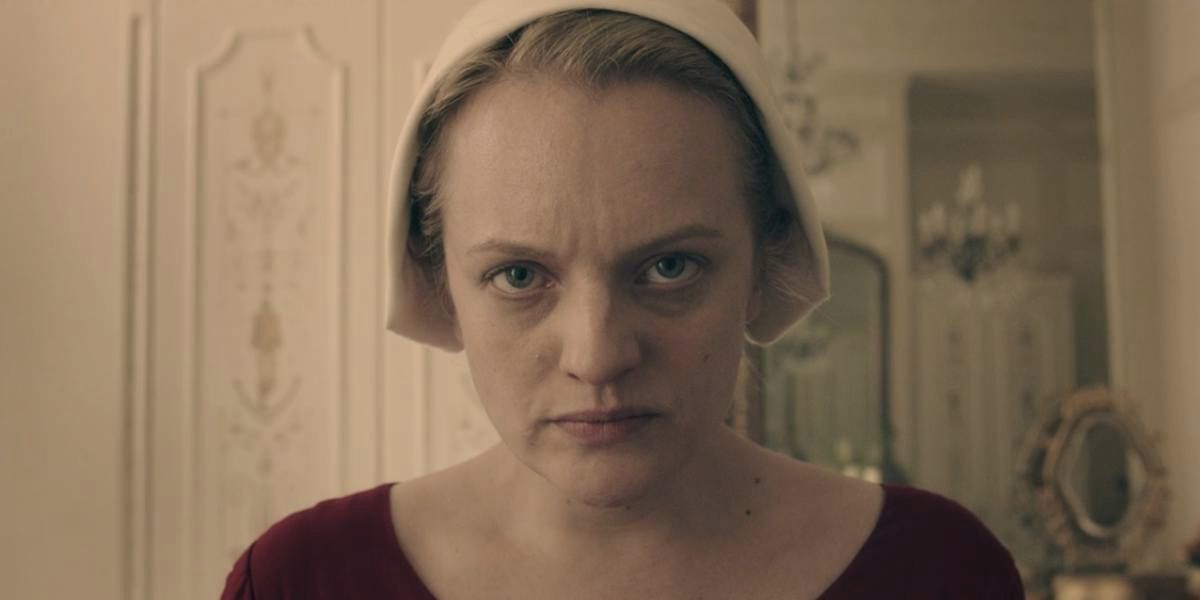 We’ve had Offred lingerie and Serena Joy white wine, but now, in the trend of awful The Handmaid’s Tale inspired products, we’re at sexy Halloween costumes—er, “sexy.” The site Yandy, in their infinite wisdom, has released a “Brave Red Maiden” costume, which is, essentially, a sexy handmaid’s uniform—minidress, cape, and bonnet included. Naturally, this is not good.

i suppose it was inevitable https://t.co/RQcPqxy9DK

There is nothing sexy about The Handmaid’s Tale, as much as the show tries to sell us on those June/Nick scenes. Most scenes of a sexual nature on the show are rape scenes. There is no other way to put it. The show is literally based around a dystopian nightmare where women are forced to bear children for rich men and their wives, a future in which they have no rights and will be brutally punished for any transgression—a future in which teen girls are forcibly married off to lower ranking men in the government. A woman gets her pinky chopped off for reading from the Bible, and honestly? That’s the least terrible thing that happens to a woman that entire season.

I cannot think of a bigger mood killer than putting on that show or reading the book. So why are people so eager to sexualize the plight of the female characters?

Well, for one thing, the patriarchy is a hell of a drug. Women’s pain and suffering has been so sexualized by the media that even a thoroughly unsexy portrayal of women trapped in sexual servitude is enough to apparently get people’s fantasies going. Because hey, a woman who’s voiceless and trapped in a situation in which every iota of control she has is taken away is the dream, am I right, boys? (Please, note the sarcasm.)

There isn’t even an argument to be made that it’s reclaiming imagery used to silence women. That doesn’t hold water in the slightest. There is nothing empowering about wearing a sexy version of a garment that real women have already turned into a symbol for protesting against legislation designed to take their rights away. It misses the point so supremely that the point is now in an alternate universe. If you’re defending this outfit, then go think about your life choices.

Also, let’s take some time to play “Truth Coming Out Of Her Well To Shame Mankind” and say that whoever devised this outfit needs to go home. Who watches The Handmaid’s Tale and thinks, “Wow, I bet lots of women would love to purchase a handmaid costume and then recreate the show with their partner”? I highly doubt that any woman watching the show thinks, “Wow, this is a fantasy of mine.” Unless you’re Serena Joy, I guess, but if you’re identifying with Serena Joy out of all the characters, you’ve got a lot more to unpack than just supporting this nonsense.

It’s bad enough that we’re probably going to see a bunch of sexy handmaids around Halloween, because people are the worst, but this is just frustrating beyond belief. And it’s not about repressing women sexually. If you want to be a sexy version of your favorite TV show, go ahead! But please, think of the meaning behind a show like The Handmaid’s Tale and why going as a sexy handmaid might be a really bad choice.

Let’s just put an end to the sexy handmaids merch for the time being. There are plenty of other ways to create tie-in material for the show—why not use “nolite te bastardes carborundum” on a shirt?—that aren’t just downright offensive. And if you can’t find a way to merchandise without sexualizing the female characters on the show, maybe just … don’t.