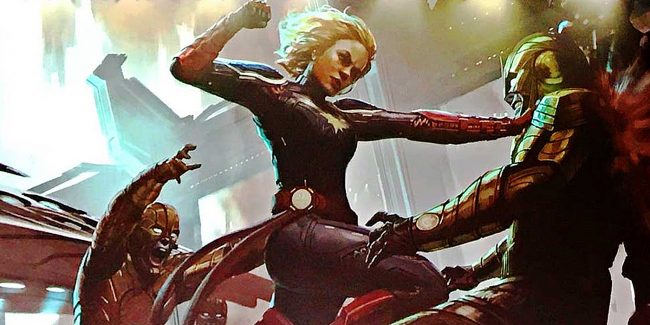 Actress Brie Larson was spotted getting ready for her role as Carol Danvers in the upcoming Infinity War.

According to a Tweet this morning, Larson is filming at Atlanta’s Pinewood Studios—alongside some other actor named Chris Evans:

Hi… #BrieLarson :) (And #ChrisEvans…) Like Chris is an after thought when Brie is here.

While we’d hoped Carol might have her debut in the first part of Infinity War and thus a more expanded part in both films, in July director Joe Russo confirmed that she was only in the second movie. Since the conclusion of Infinity War is slated to come out in May 2019 and the standalone Captain Marvel earlier in March 2019, when Carol meets up with the Avengers we’ll have already seen her origin story/solo adventures and she should be able to ease into the action as an established fan favorite (please, please, please let the Captain Marvel movie be good).

Here’s one of my favorite GIFs. What’s yours, and what did you see today?