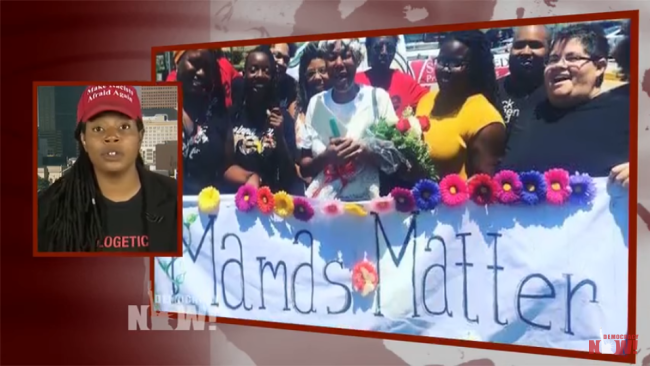 On Mother’s Day, a lot of parents and children just want one thing: to be together as a family. However, for mothers who’ve been arrested and can’t afford bail, this often isn’t a possibility. Despite not being convicted of a crime, they’re kept in a cell until they can pay their bail. If they can’t pay, minor offenses like driving with a suspended license can suddenly shut them off from their kids for months on end.

This year, through the Mama’s Bail Out Day campaign, Black Lives Matter and other social justice groups like Color of Change, the Movement 4 Black Lives, and Southerners on New Ground raised more than $550,000 to bail out black women across the country in time for Mother’s Day. This campaign made it possible for scores of families to reunite for the holiday. We’ve all still got lots of work to do to end the system that sustains this money-for-freedom horror show – but today, I’m glad these moms got to come home to their loved ones. (via Time and Democracy Now!)