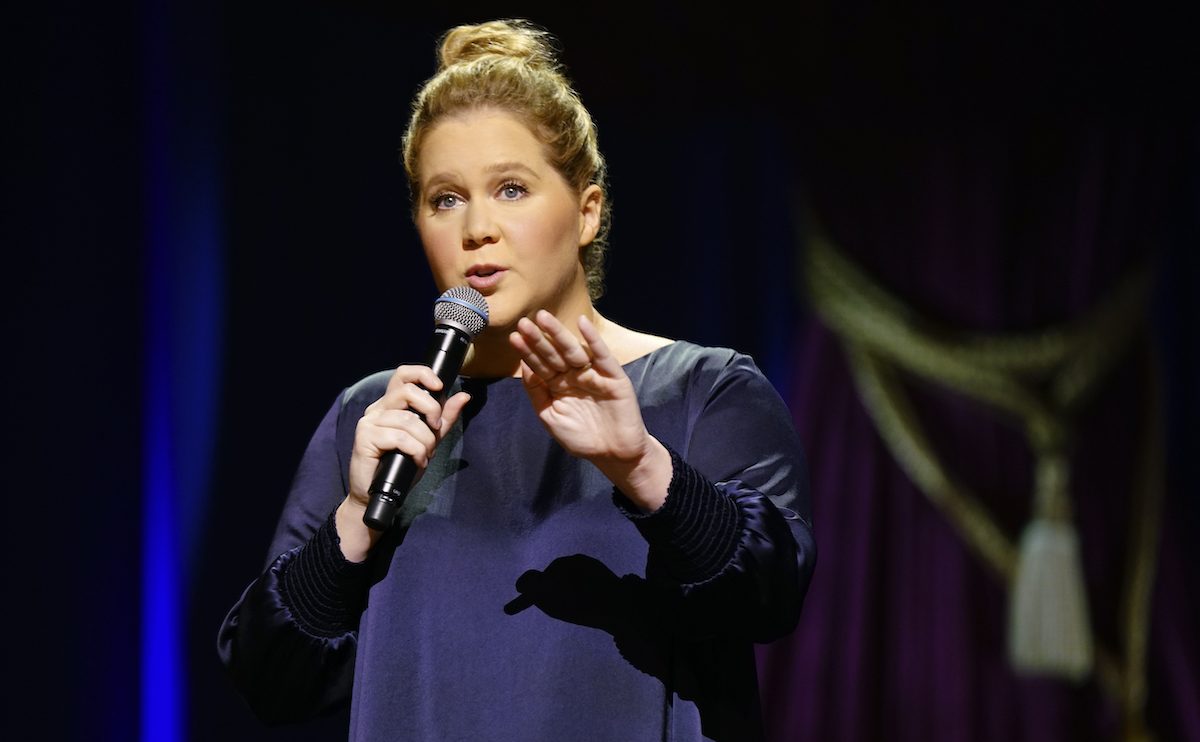 Amy Schumer’s new Netflix comedy special, Amy Schumer Growing, dropped today, and I haven’t watched it, but I am intrigued by at least one subject she addresses. In her new set, she reportedly talks about her husband and his place on the autism spectrum.

First of all, I will fully admit that even though I have someone very close to me who was diagnosed with Asperger’s, I didn’t know that that diagnosis is recently becoming considered outdated. Though, as Hans Asperger filed his research in the 1940s, it does make sense that this would evolve.

Anyway, Schumer told her audience, “I knew from the beginning that my husband’s brain was a little different than mine.” She seemed careful with her language, then saying, “I have to start this over because I really want to get this right because I love him very much.”

“My husband was diagnosed with what used to be called Asperger’s. He has autism spectrum disorder. He’s on the spectrum. And there were some signs early on,” Schumer says, before telling a story of how her husband reacted abnormally to her falling down during a walk together.

“Once he was diagnosed, it dawned on me how funny it was, because all of the characteristics that make it clear that he’s on the spectrum are all of the reasons that I fell madly in love with him,” she says in her Netflix special. “That’s the truth. He says whatever is on his mind. He keeps it so real. He doesn’t care about social norms or what you expect him to say or do.”

Apparently, there’s been some negative reaction online as if Schumer “outed” her husband as being on the spectrum. I have trouble believing Schumer wrote this into her special without consulting him. Also, I would guess that he’s already “come out” to his circle of people. Her circle of people just happens to be a lot bigger. And by speaking to her incredibly large audience, it sends a message that doesn’t get said nearly enough: that people on the autism spectrum are capable of having  “normal” romantic and sexual relationships, even with mega superstars, and that those not on the spectrum may even consider themselves lucky to find such a partner.

Congratulations on not being destroyed by a fireball, everybody! What did you see out there while you were living your day?