It’s Amazon Prime Day and Warehouse Workers Are on Strike

There's a digital picket line around all those sales you're looking at. 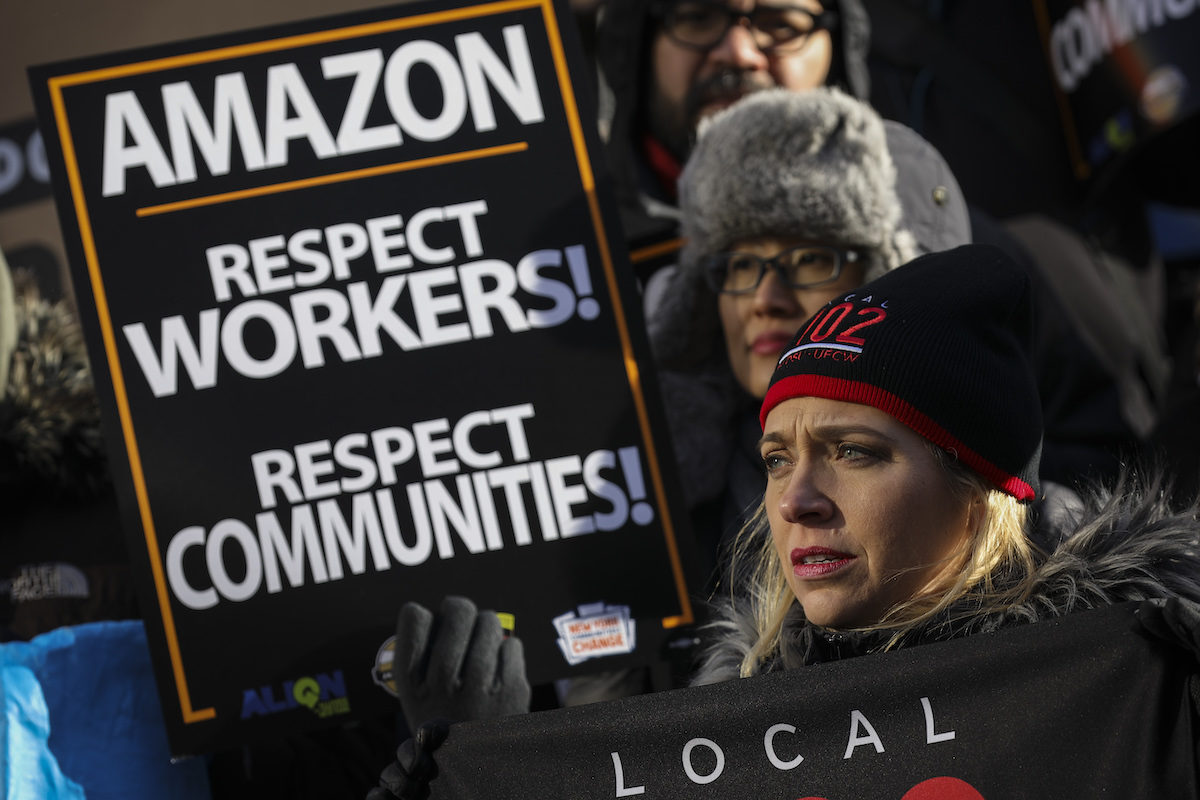 It’s Amazon Prime Day(s) today and tomorrow, July 15th and 16th. So you’re probably seeing tons of lists everywhere, letting you know what great deals you can score on the site. But Amazon workers in the U.S. and Europe are striking this Prime Day, meaning if you’re taking advantage of all those deals, you have to cross a digital picket line to do so.

In the U.S., the strike is only taking place in one fulfilment center–that in Shakopee, Minnesota–but the poor working conditions those 1500 employees are protesting are the same conditions we’ve heard about in warehouses across the country. Amazon recently raised its minimum wage after major public backlash put pressure on the company and it claims to offer “competitive hourly rates” with benefits. But they reportedly still rely heavily on temporary contract workers as a way to avoid granting those benefits.

Workers are also protesting the grueling working conditions, specifically the heavy emphasis on meeting impossible quotas. Earlier this year, Mother Jones reported on an Amazon warehouse worker who sustained multiple considerable injuries during her time with the company, “lifting up to 100 items an hour, moving them to conveyor belts, and then hauling them into trailers.” As she describes it, employees are discouraged from reporting injuries, which limits the sort of health care and disability benefits that are then available.

“’It kind of reminds me of an American-made sweatshop,’” Andrea says, reflecting on how she feels about her experience working for Amazon. “’It’s cleaner and nice. You get praised if you meet your numbers. But you get humiliated if you don’t.’” The only injuries Amazon ever seemed to take seriously, she says, involved blood. The main concern, it seemed, was not getting stains on the merchandise,” that article reads.

John Oliver recently did a Last Week Tonight deep dive into the conditions at Amazon warehouses, exposing similar conditions. The processes that allow the company to ship you basically anything you want for the lowest price possible in a day or two are incredibly inefficient and borderline inhumane.

We also cannot forget that the person at the top of this empire built on the broken backs and sprained wrists of warehouse workers is Jeff Bezos, the wealthiest person in the entire world. He has an immoral, supervillain amount of money. He has so much money he could solve a whole slew of our country’s problems if he wanted to (if you haven’t already played the game that gives you a chance to try spending his money, do so now!) and instead, he continues to force his warehouse workers to suffer.