I feel bad for wanting to eat it?

This cake was made by cake and chocolate artist Karen Portaleo for the Downton Abbey Season 5 premiere party. It took 18 hours to make. May there be many more Maggie Smith cakes and statues to come. For real, though, that cake was EPIC. (via Jezebel)

This Woman In Black review is not kind.

The Woman in Black. pic.twitter.com/Zu6SDwiCIo

In total, the reviewers evaluated 160 randomly selected recommendations made on these shows. Of those recommendations, nearly half were either unsupported or flatly contradicted by the best available evidence.

This is a 3D-printed Batman Arkham suit and it is SO COOL. (via Uproxx) (Images via Gauntlet FX) 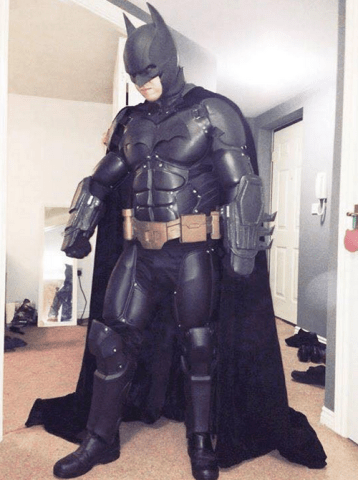 Can never not think of this: