Things We Saw Today: This Catwoman Cosplay is Purr-fection 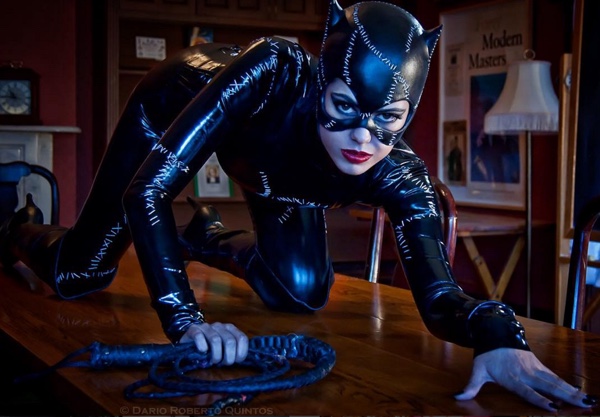 This cosplay, inspired by the look of Michelle Pfeiffer’s Catwoman in Batman Returns, is utterly fabulous. Model Violet Love is featured in a series of photos that certainly evoke the overall mood of the film. (via Fashionably Geek)

Maureen O'Hara was one of the coolest, sexiest ladies alive. RIP you legend. pic.twitter.com/KEFjcQHv4g

Maureen O’Hara, an actress who starred opposite John Wayne in many films and was known for being the Queen of Technicolor, her fabulous performances and fiery red hair, died today at the age of 95 in Boise, Idaho. (via Deadline)

What did you see today, cats and kittens?