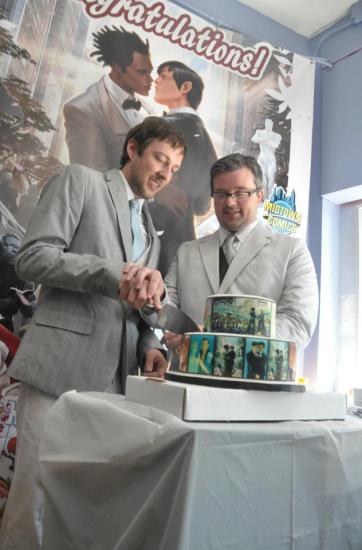 Congratulations are in order for Ohio couple Scott Everhart and Jason Welker who tied the knot yesterday at Midtown Comics in New York City. The two had their first date at a comic-related event so it only made sense to get married in front of a wall of comics. All Astonishing X-Men #51 to be exact. (via The Advocate)

It’s not just an insult to me — it’s an insult to my editors, to the publications I write for, to games journalism, and to gaming. It’s unbelievable that this is still happening. If this is how PR people feel about women’s capabilities, no wonder the promotional side of games is so sexist. No wonder marketing people still think it’s, on some level, OK to have a trailer feature a man ripping into a band of sexy nuns. No wonder we’re seeing it filter down into the developers, who implement in-game achievements for looking up the skirts of 19-year-old women dressed like schoolgirls. No wonder we’re watching it filter down into the gamers, who tell the ladies amongst us that they can’t possibly know anything about the online games that they play. After all, what proof is there of that when women are not allowed to speak on an authoritative level?

Read about the entire encounter on Kotaku. 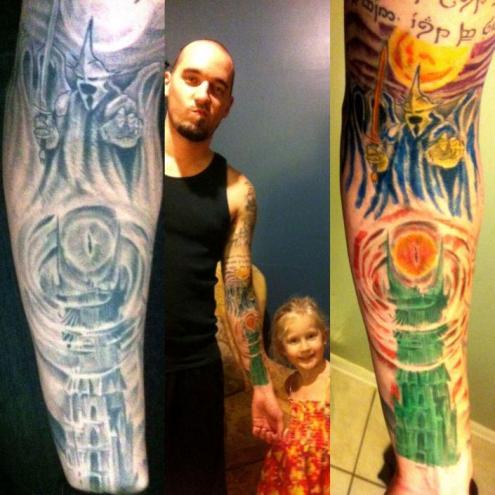 I don’t have many details on this one but according to the Facebook post from TheOneRing.net, this little girl was allowed to color a LOTR tattoo. Did she color it with marker, tell the tattooist what to do, or take up the needle herself? I like to imagine it’s the last option. 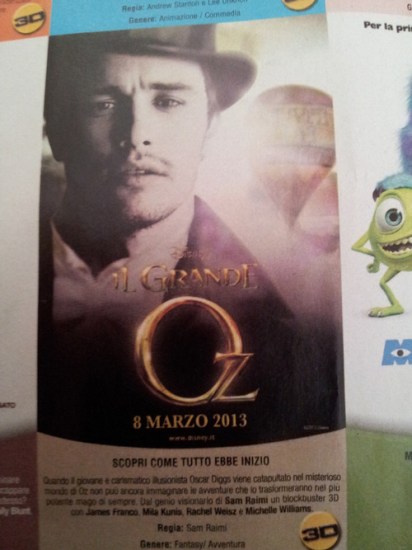 Here’s our first look at James Franco in Sam Raimi’s Oz: The Great and Powerful. (via /Film) 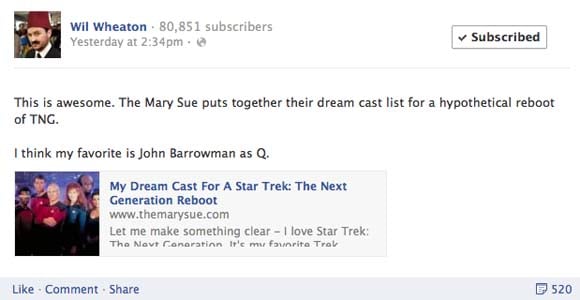 And finally today, it was pointed out to me by one of my Facebook followers that Wesley Crusher himself, Mr. Wil Wheaton had given my Star Trek: The Next Generation reboot cast his seal of approval. And I went… 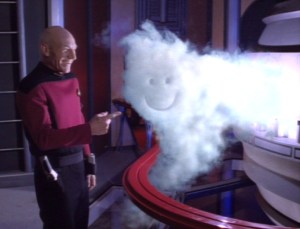