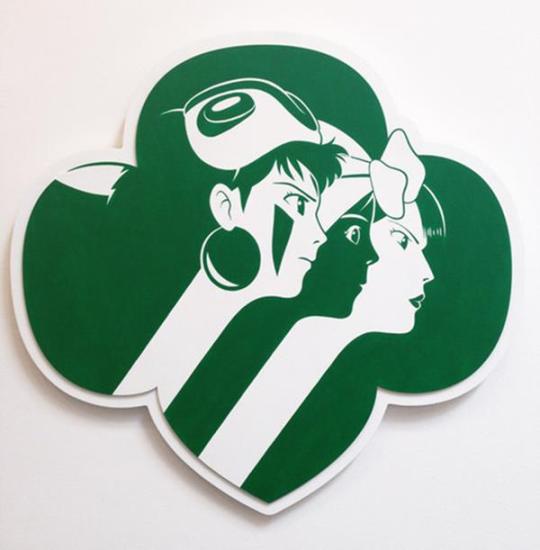 Artist Bruce Yan takes logos—like that of the Girls Scouts, above, or Starbucks and Morton Salt—and reimagines them with characters from Studio Ghibli and Disney films. See more at Nerd Approved. 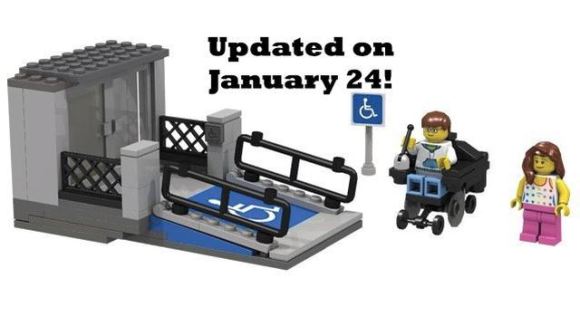 Earlier today we showed you an X-Men LEGO set up for vote on Cuusoo, a site that allows prospective kits to be considered for production if they get over 10,000 supporters. Then we found out about another kit: DrNO’s Accessibility Set, currently sitting at 3,188 supporters. It’s not as flashy as the X-Mansion, but it’s more than worthy, not least because if the set gets made all of DrNO’s proceeds (1% of total sales) will be donated to the non-profit organization Parent Project Muscular Dystrophy. 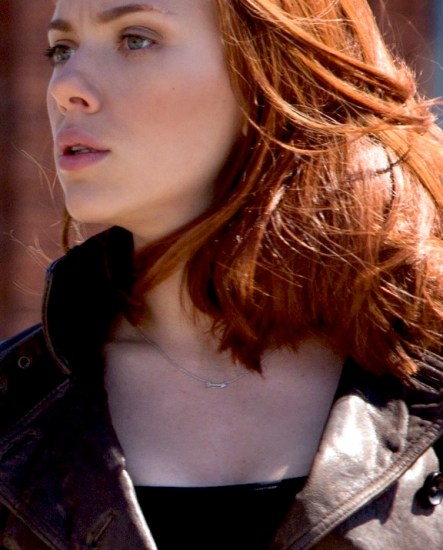 Natasha’s wearing an itty bitty arrow necklace in a recent promo pic for Captain America: The Winter Soldier. Some, such as Tor.com, take it as evidence of a Black Widow/Hawkeye OTP. For me it says they’re BFFs and Nat has bangin’ taste in jewelry. Shippers, start your engines.