Things We Saw Today: The Lego Tower of Orthanc Shows Us Saruman’s Stylish Pad Like Never Before 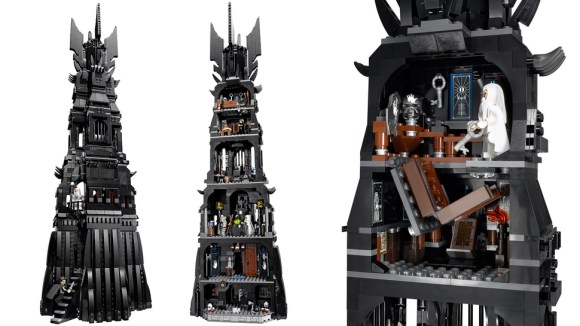 They’re taking the Legos to Isengard with this huge, detailed new $200 Lego set that allows you to build the Tower of Orthanc from The Lord of the Rings.  The set even comes with Saruman, Gandalf the Grey, and an Ent! (via Gizmodo)

This integrated circuit hairbrush allows you to comb your hair with a microchip.  Just watch out for static electricity. (via So Geek Chic)