Things We Saw Today: Princess Leia and the Seven Ewoks 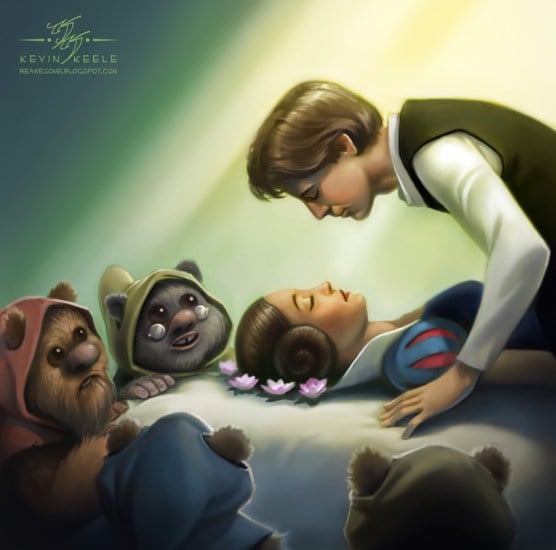 Right after Leia wakes up she grabs a blaster and shoots a Stormtrooper who’s sneaking up on Han. Agreed? Oh, and who’s going to step up and draw Han being unfrozen from carbonite by a True Love’s Kiss from Leia? (by Kevin Keele, via /Film) 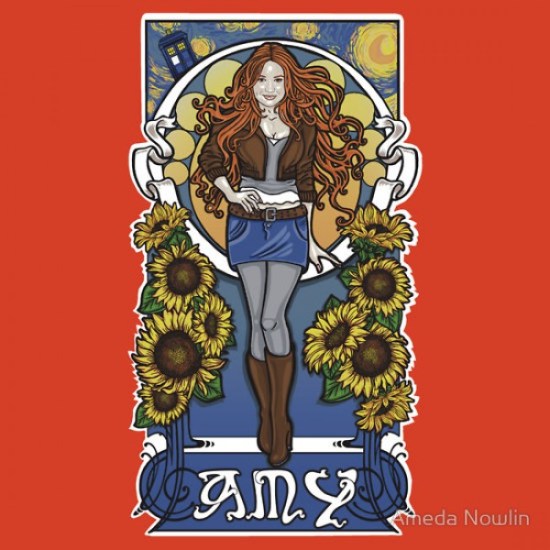 Via Fashionably Geek, Ameda Nowlin‘s The Girl Who Waited (Amy under a Van Gogh sky) is available in t-shirt form at RedBubble, if you want to wear a reminder that Amy Pond’s hair is better than yours could ever hope to be.

Via our sister site Styleite, a woman in Guangzhou, China unarmed a scissor-wielding woman with a rather impressive high kick. Catwoman, is that you?