Things We Saw Today: Commission a Lego Mosaic of Your Face, Like the Roman Empress You Are 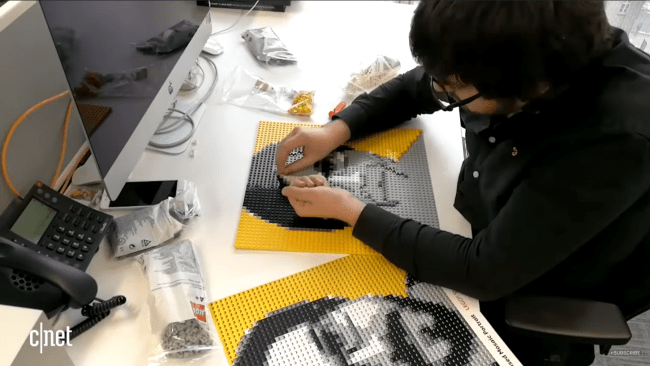 When it’s time to take your self-obsession to the next level, head to the LEGO store in London. Their LEGO Mosaic Maker will take your picture and then print out a brick-ified version that serves as the building template for a custom mosaic of your face. With a kit of 4500 LEGO pieces, you can render yourself in glorious, grayscale (alas!) plastic bricks with about three hours work. The kit costs £99 (approximately $125 USD). (via Nerdist)

(Image via screengrab of CNET’s video)