Things We Saw Today: Protests Against the #MuslimBan Grow 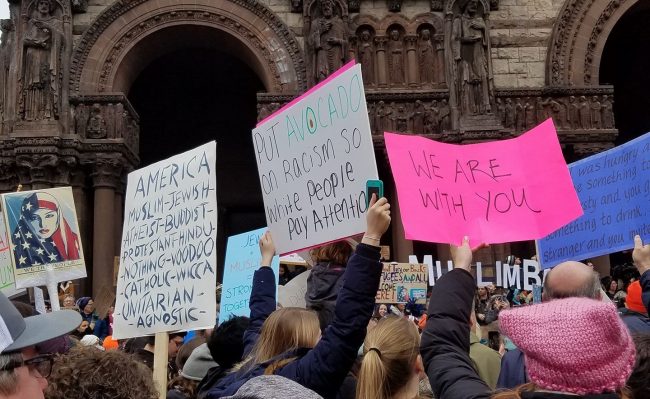 Protests against Trump’s ban on refugees and immigrants from 7 Muslim-majority countries continued in force today in cities across the U.S. Many cities which held airport protests on Saturday night were back on the streets this Sunday, and other cities planned new airport protests. Among the protest sites was Dulles Airport, where Customs and Border Protection officials are reportedly violating a court order and refusing to speak to members of Congress.

While we rally at @Dulles_Airport, thousands assemble in DC against the #MuslimBan. Trump is unifying America– against Trump. pic.twitter.com/wAE6RgAeCw