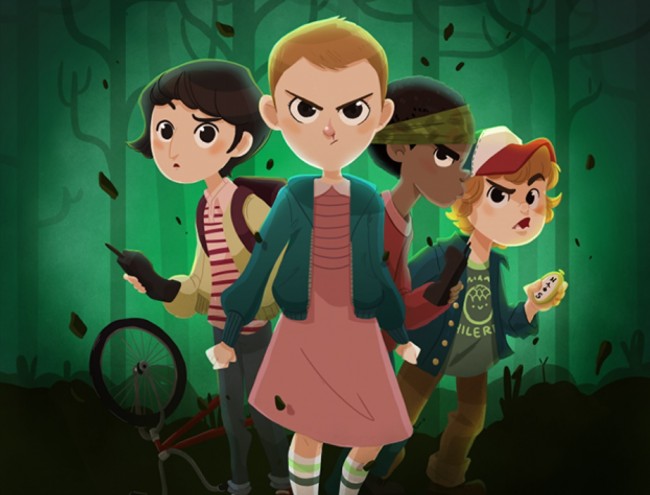 The best thing about art is that, when it catches on, it inspires its fans to create more art. Just about everyone is raving about Stranger Things, and Comics Alliance has an amazing gallery of awesome fan art devoted to the show. The talent on display is is totally remarkable. Go check it out!

@TheMarySue We’re trying to make a 100% female film, would be honored if you’d spread the word for our campaign! https://t.co/KUNdNdjvrt

We are all about supporting women in film! Check out this awesome-looking anthology film project called to the new girl, and if it’s your cup of tea, throw them a couple of bucks!

Dig the music from No Man’s Sky? The soundtrack is now streaming for free in advance of its official release! (via Polygon)

And finally, we’ll leave you with this awesome celebration of dance sequences from 80s movies created by Robert Jones on YouTube to celebrate August 5th, which marks the 30th anniversary of Lionel Richie’s album Dancing On the Ceiling. This video is totally rad!

That’s all from us on this fine Thursday evening! What have you seen today?