Things We Saw Today: Your Favorite Action Stars, Now With Selfie Sticks Instead of Guns

"Stop taking pictures of her, you bitch" - Ellen Ripley. Probably. 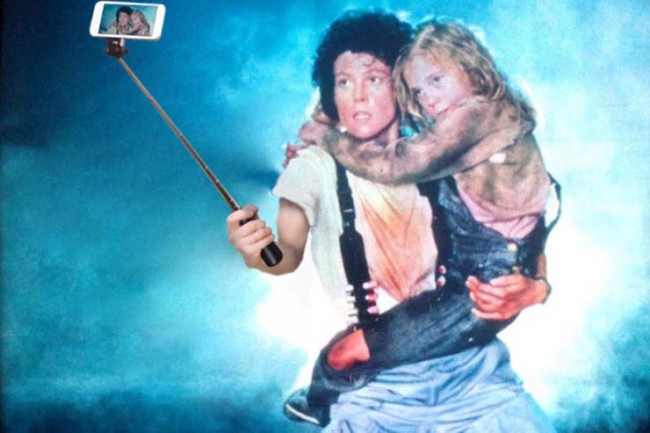 Somewhere, there is an alternate universe where what defines a badass action star is not violence, or their weapons, but their ability to take a quality self-portrait on their phones mid-battle. Check out The WOW Report, where they have a bunch of classic action stars wielding selfie sticks instead of guns. Because no alien attack should get in the way of a good photo.

See anything interesting out there in the wilds of the Internet? Tell us about them below!