Things We Saw Today: “Mighty Men of Marvel” Variant Covers Have Lots of Shirtlessness, So, Uh, There’s That 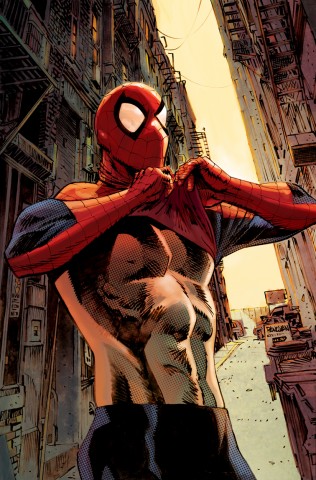 It was announced at C2E2 at the Women of Marvel panel that following March’s “Women of Power” variants, Marvel will be launching its “Mighty Men of Marvel” series for July, featuring several variant covers featuring male superheroes in some interesting poses. Apparently, these variants are partly inspired by upcoming covers–but with a sexy twist, I guess? Either way, these are leaving comic book fans with some mostly mixed reactions. What are your thoughts on the “Mighty Men of Marvel” variant covers? In the case of Captain America, that’s one oddly revealed nipple. (via Comic Book Resources)

Gal Gadot modeling the new Wonder Woman lens on Snapchat is pretty close to perfect. Can I also have that Snapchat lens but just, like, for my real life?