Michael B. Jordan Admits He Had to “Come To Terms With” Fantastic Four 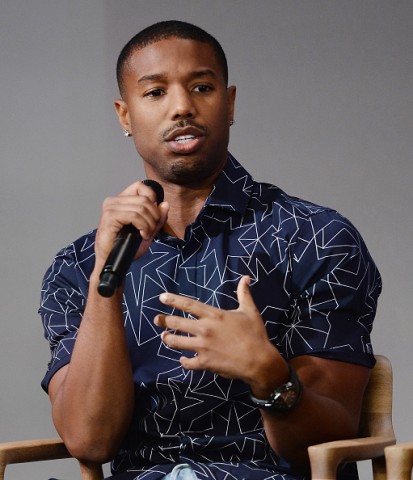 In the aftermath of the news that Fantastic Four 2 had been quietly pulled from Fox’s schedule (it was originally slated for a 2017 release), more details are emerging from one of the film’s stars on his experience making the original movie.

Michael B. Jordan was on the Bill Simmons podcast to promote his upcoming film Creed, but the conversation quickly turned to the Fantastic Four movie and its unfortunate failure. In typical class act fashion, however, Jordan admitted that he has no regrets about working on the project.

As a comic book fan, Jordan said, “it was just a dream come true being able to play that character,” but also stated that the experience was “one of those things where it was a lesson for me that really made me realize that things aren’t in your control.”

It sounds like Jordan is choosing to focus on the positive in the lessons he’s learned from working on Fantastic Four–which, sometimes, is all you can do when things don’t turn out the way you originally hoped:

“You can get up everyday and be like ‘I’m going to give 110% to this one thing’ or to anything, and it still not turn out how people want it or how you expected it to, and it doesn’t mean that you’re a failure or it doesn’t mean that you didn’t do a great job, it just means that as a whole, as a project, there are so many other pieces that are moving that have nothing to do with you that determine the outcome of a film, so that was kind of one of those things that I had to come to terms with.”

Is this the part where I just say “four for you, Michael B. Jordan”?

(via Den of Geek, image via Stephen Lovekin/Getty Images)