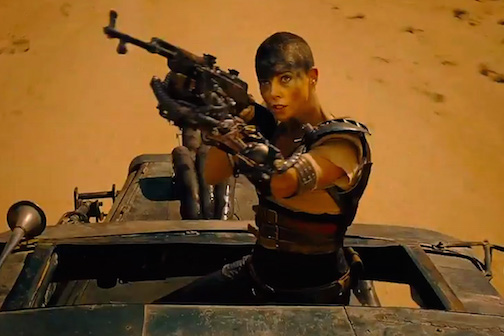 Costume designer Jenny Beavan, who won an Academy Award this past weekend for her work on Mad Max: Fury Road, was interviewed recently by Vanity Fair. The entire article is fascinating, but this section is particularly notable:

Do you have a favorite anecdote from set?

When Charlize [Theron] came for her fitting in Namibia, she put one on and said, “This feels really great,” and it had to be a sort of corset because she had to put this harness on top of it. I went all sort of English and coy and said, “Oh well, you know, we’ve been trying to make it…” And she just said, “Take the compliment, bitch,” and George Miller literally elevated about a foot in the air; he sort of jumped. She’s just very straight talking, and I just loved it, so I’ve been taking the compliment, bitch, ever since.

Obviously people’s feelings on “bitch” as a term of endearment between women tends to differ, etc., etc., but personally, I kind of like it in this specific context.

Well, that’s what we saw today. What about you?