Things We Saw Today: Gillian Anderson Is a Good Eugoogalizer 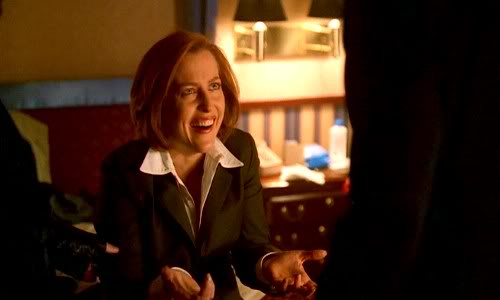 David Duchovny was honored with a star on the Hollywood Walk of Fame this week, and since his pal and long-time co-worker Gillian Anderson couldn’t be in attendance, she gently pranked Duchovny by sending along a heartfelt in memoriam speech to be read in her stead:

He was a nice man. A kind man. Quite smart. He liked avocado and pilates. Actor, writer, friend. He will always be my shining star. May his soul be forgiven and rest in peace.

“He liked avocado and pilates.” May we all be remembered so sweetly. (via Pajiba)

Netflix is hard at work on a Stretch Armstrong series, of all things? The series will see our hero, Jake Armstrong, exposed to a chemical that gives him his super-stretchy powers. If you wanted to make a show about teenagers who become powered after accidental exposure to some chemicals, why not an Alex Mack originals series instead, Netflix? (via Vulture)

Speaking of Netflix, you can head over to Collider for an in-depth interview with Mike Colter, Carrie-Anne Moss, Rachael Taylor, and Krysten Ritter about what Jessica Jones means to then, what to expect from the second season, and what’s coming up in Luke Cage and The Defenders.

Here’s John Boyega being painfully adorable with a cat. Have mercy, John. Have mercy. (via Fangirl Jeanne on Twitter)

That’s what we saw today. What about you?