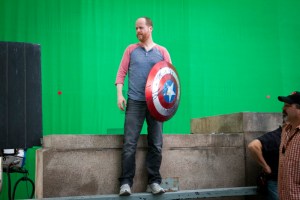 In a recent interview, Joss Whedon confirmed that he won’t be making any more movies with Marvel and that he knew he was going to stop once he was done with Age of Ultron. He also says that he won’t be involved as a script doctor on any other films in the MCU because he wouldn’t have time to focus on other projects. Whedon has spoken about creative burnout before, so it sounds like he’s taking advantage of the break. (via Comic Book Resources)

This guy recreated a Harry Potter Nimbus 2000 racing broom for his girlfriend for Christmas. Unfortunately, it can’t actually fly. Sadface. (via Mashable)