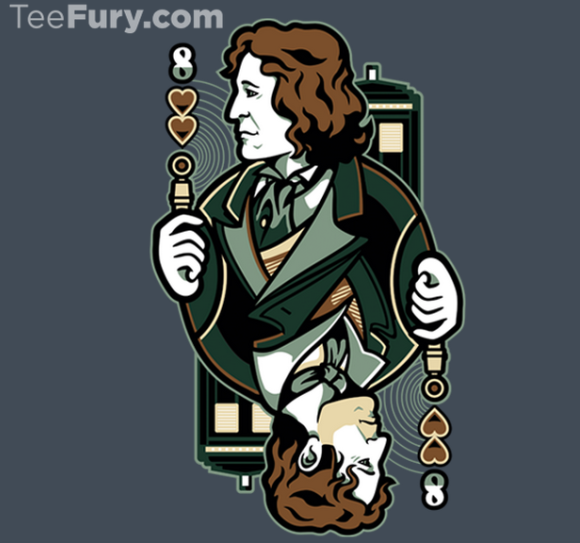 TeeFury continues their collection of Doctor Who playing card tees with this excellent homage to the Eighth Doctor, Paul McGann. This tee gives you both the TV movie and “Night of the Doctor” incarnations of Eight, so you can have your handsome any way you like. 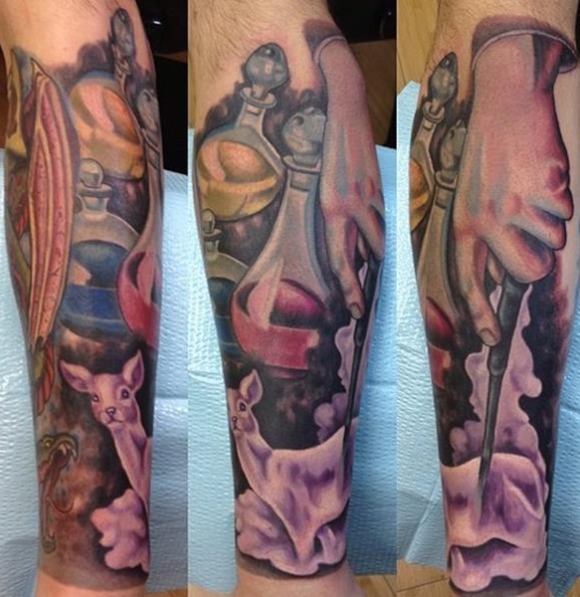 This tattoo is a stunning tribute to everyone’s favorite Potions Master, Severus Snape. The doe patronus is lovely, as are the potions bottles – but was Nagini really necessary? Too soon. (Fashionably Geek) 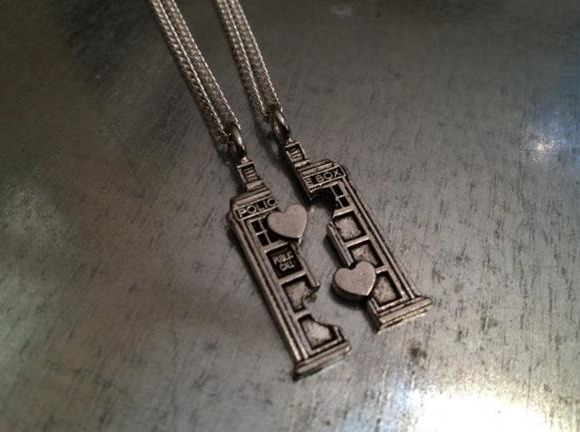 Do you have a Whovian bestie? Want everyone to know she’s the Rory to your Amy? The Jack to your Ten? The TARDIS to your Doctor? Then why not give the gift of this sweet TARDIS friendship necklace! You can find it (and a bracelet version) over on Etsy. (Fashionably Geek)