There’s a Danish Kid’s Show About a Man With a Massively Long Penis. What? Why? 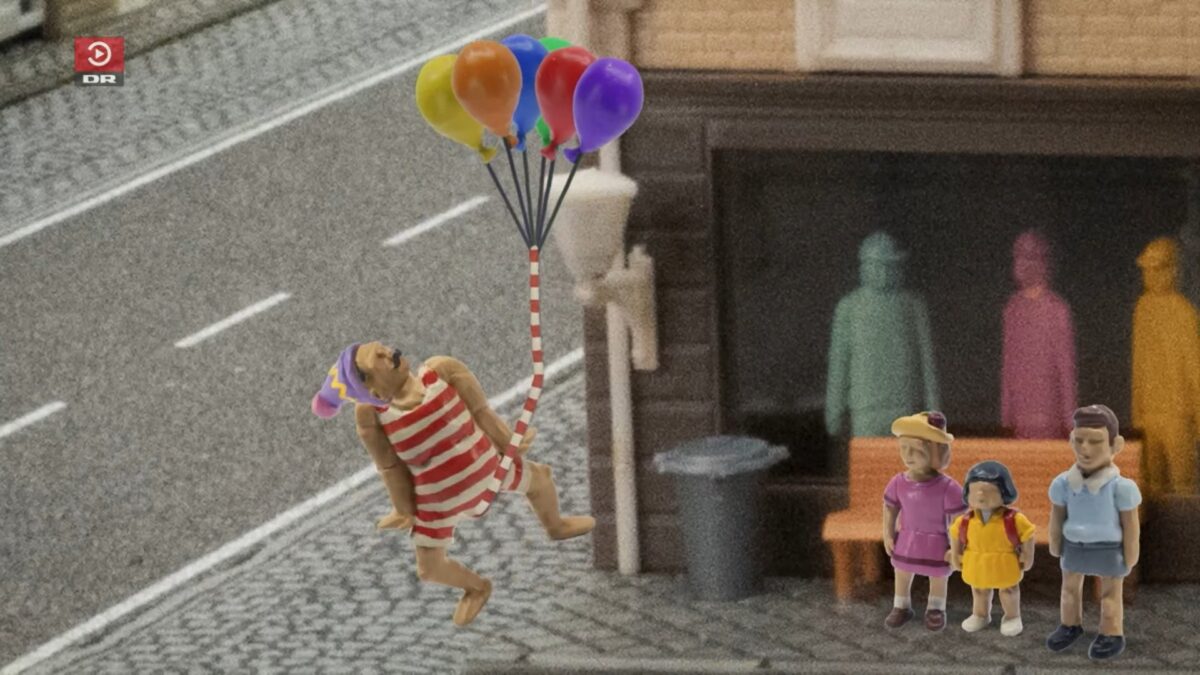 There are a lot of weird things on kid’s TV in America. I’ll give us that. Singing dinosaurs. Talking bugs. Whatever teletubbies was. But I don’t think any of our weirdness comes close to the utter “what the hell?” of a Danish children’s television program that’s been making headlines this week. Meet John Dillermand, whose name literally translates to something like “John Shlong.” His life is so complicated because his giant long penis keeps creeping around and getting him in trouble.

Now. We don’t see an actual penis on the show. John, as seen above wears either a bathing suit or underwear or something and his magical member remains clothed in striped fabric sort of the same way the Hulk stays in his pants. John’s incorrigible willy gets into all sorts of trouble! In one episode he uses it to walk his dog and then oops he has to walk all the neighbors’ dogs and in another, he floats away with his wiener attached to some balloons! He also uses his penis to steal ice cream. Like ya do.

Now, if this sounds more like a plot on The Boys, you’re not losing it. That show indeed featured a “supe” with a ten-foot killer penis called “Love Sausage” who used his extra appendage to strangle people, but John Dillermand is, I guess, the version … for kids? If you don’t believe me, check out the opening credits.

And okay … fine. This looks kooky and funny and there is nothing inherently shameful or bad about any part of our bodies and we should be more open about them and have less fear and maybe I’m being a prudish American here but … what the hell? I’m not sure if marketing this to kids 4-8, which is who it’s intended for is … good? But heck, I don’t know what things are like in Denmark so what do I know.

The response from Danish viewers has been varied. Accord to CNN: “The show was generally met with hilarity in Denmark and across the internet, with many praising it as an appropriate and light-hearted way to teach children about the human anatomy.” But there have also been protests from some parents and conservative politicians.

The folks behind the show at DR, one of the oldest Danish television stations, are standing behind it and calling the show a huge success. One exec pointed out that DR “has a proud history of making children’s content that dares to tackle embarrassing, difficult, quirky and funny topics, and ‘John Dillermand’ falls squarely into that tradition.” Apparently, kids are already making John Dillermand snowmen! Because who doesn’t want to see a snowman with a giant penis on a neighbor’s lawn.

The show is supposedly about being true to yourself, and the producers claim that it was developed with child psychologist Margrethe Brun Hansen “who read each script to ensure children interpret everything in the series as intended,” as well as the Danish organization Sex and Society who were consultants on the show, all of this according to Variety. And that seems fine, but you can’t anticipate how all kids will interpret this or how their interpretation will affect other kids and parents who don’t watch the show and maybe aren’t comfortable with penis-related content?

Again, I guess things are a bit different in Denmark, but the country is also going through its own #MeToo controversies and reckoning right now. Either way it’s understandable that people would find this show at the least weird and maybe be uncomfortable with humor about a man’s uncontrollable dick getting him into trouble when men in real life make the same excuses for much more serious offenses than stealing ice cream.

If nothing else, I hope Danish parents talk about the content with their kids, if only so they don’t get their expectations too high.