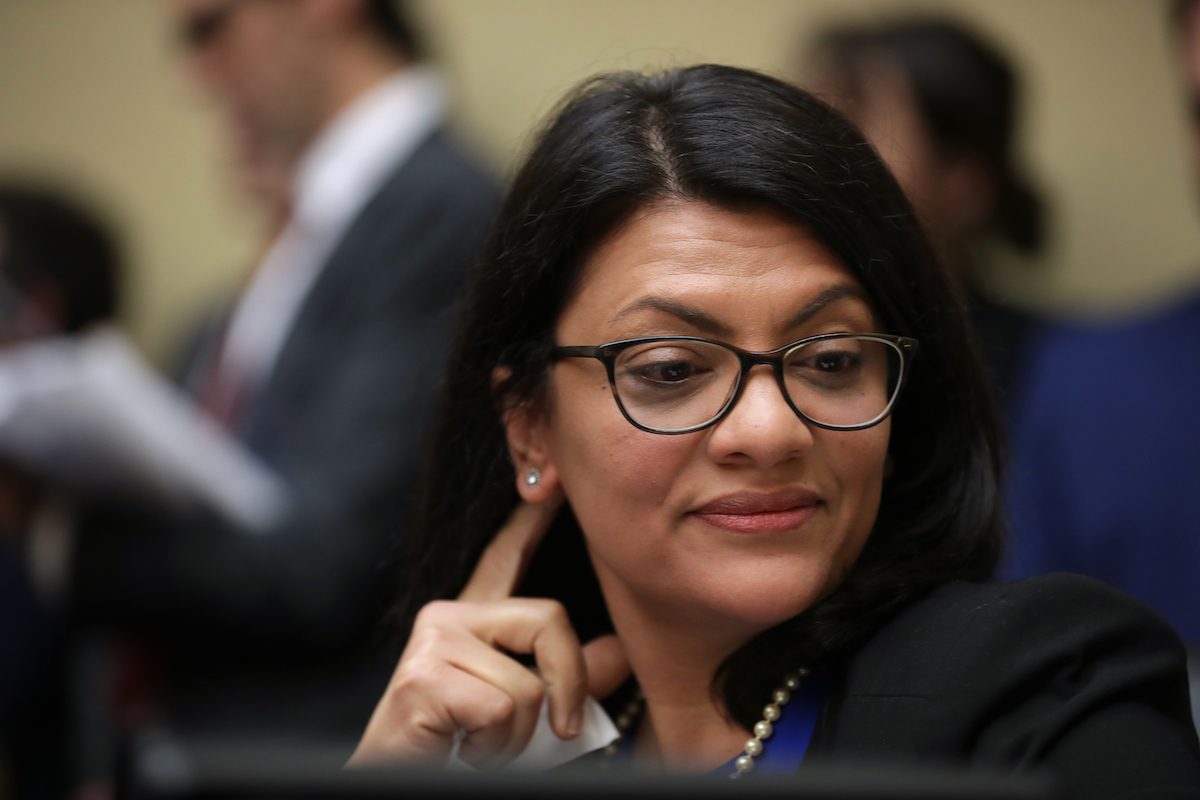 If Alexandria Ocasio-Cortez demonstrated masterful directness in her questioning during the Cohen hearing, Rep. Mark Meadows was the opposite, doubling down on the congressional tradition of narcissistic grandstanding and weird distractions.

The North Carolina Congressman responded to comments Cohen had made during his opening statement calling Trump racist by presenting a Black woman who worked for Trump as proof that he could not possibly be racist. Meadows invited Lynne Patton, a longtime Trump supporter and HUD official, to stand silently behind him while he spoke.

“I asked Lynne to come today in her personal capacity to actually shed some light,” said Meadows. “[Cohen] made some very demeaning comments about the president that Ms. Patton doesn’t agree with. In fact, it has to do with your claim of racism. She says as a daughter of a man born in Birmingham, Alabama, that there is no way that she would work for an individual who was a racist.”

Yeah, that’s pretty gross. And Meadows was called out for his grossness.

Rep. Brenda Lawrence (D-MI) to Rep. Mark Meadows (R-NC): To prop up one member of our entire race of black people to say that nullifies Trump’s history of racism is totally insulting.

Michigan Rep. Brenda Lawrence addressed the incident, saying, “I want to put on the record as being a Black American and having endured the public comments of racism from the sitting president, as being a Black person, I can only imagine what’s being said in private.”

“To prop up one member of our entire race of Black people and say that nullifies that is totally insulting,” she continued. “To look at his administration speaks volumes.”

She wasn’t the only Congresswoman to call out Meadows’ stunt, either. After AOC’s questioning, Rep. Ayanna Pressley asked Cohen, “Would you agree that someone could deny rental units to African-Americans, lead the birther movement, refer to the diaspora as ‘shithole countries,’ and refer to white supremacists as ‘fine people,’ have a black friend, and still be racist?” Cohen answered yes.

Next up was Rep. Rashida Tlaib, and that’s when things really spiraled.

“Just because someone has a person of color, a black person working for them does not mean they aren’t racist,” Tlaib said. “And it is insensitive, and some would even say that the fact that someone would actually use a prop, a black woman, in this chamber, in this committee is alone racist in itself.”

At this point, Meadows interrupted and demanded that her comments be removed from the official record of the hearing. Tlaib insisted that she wasn’t calling Meadows a racist, but was simply expressing how she felt as a person of color. But Meadows was not going to let it go until everyone knew just how un-racist he is.

Meadows, near tears, addressed Chairman of the committee, Elijah Cummings, saying “If anyone knows my record as it relates,” he said, apparently hesitant to say the world race, “it should be you.” He said that his nieces and nephews are people of color. He reminded Cummings of their close personal friendship, something Cummings echoed, confirming that Meadows is one of his “best friends.” “I don’t think Ms. Tlaib intended to cause you that kind of pain and that kind of frustration,” Cummings said.

“Excuse me, woman of color, could you please rephrase your comment about racism as a compliment to the loudest white man in the room?”

“To my colleague, Mr. Meadows, that was not my intention,” Tlaib said. “And I do apologize if that’s what it sounded like. But I said ‘someone’ in general.”

“As everybody knows in this chamber, I’m pretty direct,” she continued. “So if I wanted to say that I would have, but that’s not what I said.” She added, “I was not referring to you, at all, as a racist.”

So to recap: two (2) people of color had to spend ten (10) minutes comforting one (1) white guy after he was called out for doing something that was racist, after he was about to start crying for doing said racist thing.

if only white people were as upset about racism as being called racist.

It seemed pretty clear that she was referring to Meadows’ stunt as being racist, so it makes sense that some people online weren’t buying her denial. But it was also pretty clear that she had nothing to apologize for, and others were quick to provide the receipts to support that argument.

For one thing, Meadows wouldn’t even be in office if not for racist gerrymandering, and that’s not just an opinion—that was the ruling decided by a federal court.

Reminder: Republican Congressman Mark Meadows owes his career to gerrymandering. He wouldn’t have first won his seat in 2012 without it https://t.co/bjwahIZyEZ pic.twitter.com/w4V2VXmsRq

And here he is 2012, saying Republicans were going to “send Mr. Obama home to Kenya or wherever it is.”

Here’s Mark Meadows, who just sidetracked the entire House Oversight Committee to assure him he’s not racist, saying that “2012 is the time we are going to send Mr. Obama home to Kenya or wherever it is” pic.twitter.com/90L1xnWf6v

But he says that if you knew him—like really knew him or maybe asked his nieces and nephews—you’d know he isn’t really racist. Don’t let his words or actions fool you, he swears he’s not.

Mark Meadows, asked about his 2012 comments about sending Obama back to Kenya, says he “certainly didn’t indicate any personal malice” and says, “anyone who knows me knows that there is not a racial bone in my body,” per @SunlenSerfaty