Michael Cohen Tells Congress Donald Trump Is a “Racist,” a “Conman” & Other Things We Already Knew but Are Satisfying to Hear Confirmed 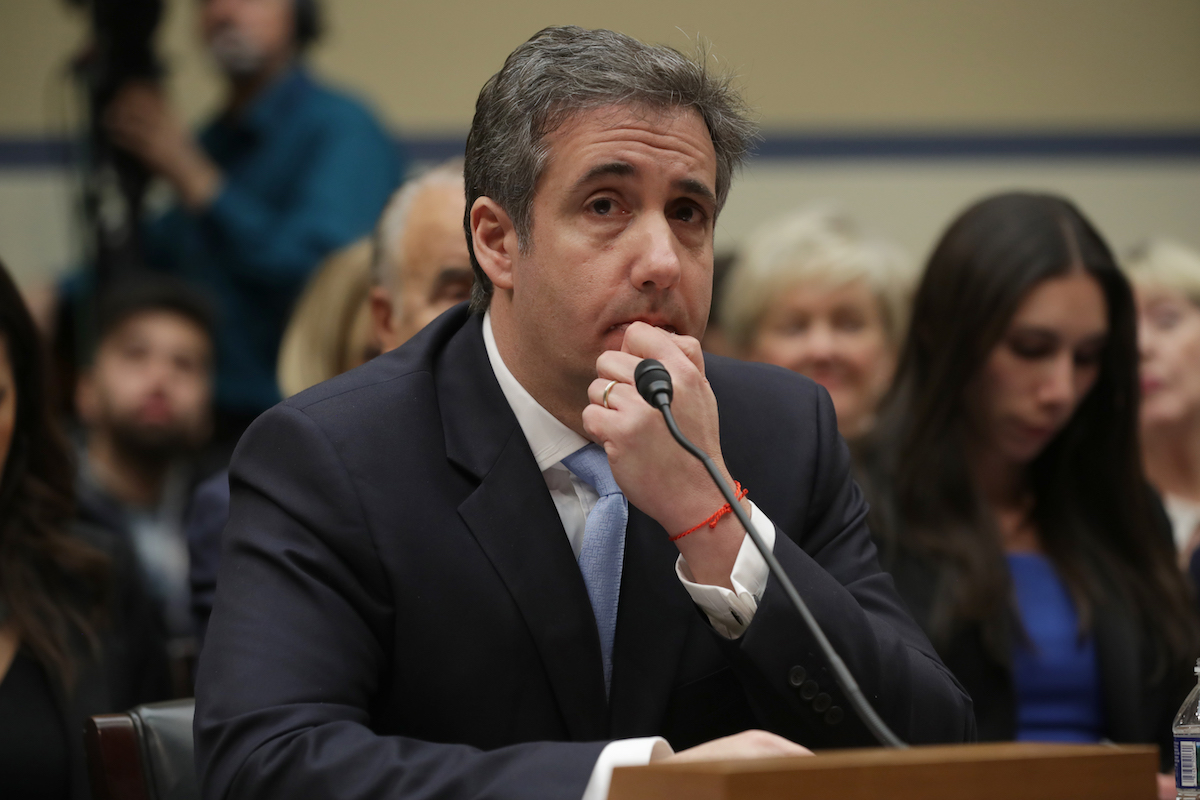 Michael Cohen is currently answering questions from the House Oversight Committee regarding the many illegal things he did while working for Donald Trump. This comes after he gave his opening statements listing off all of those crimes himself. The entire testimony is exhausting. It’s exhausting not because we’re hearing about new crimes for the first time, but, for the most part, because he’s saying so many things we already knew.

Cohen listed off all the familiar crimes: The hush money to Stormy Daniels, paid while Trump was serving as President, knowledge of and excitement for the Wikileak dump of Hillary Clinton’s emails, the meetings between Don Jr and Russian officials, the misuse of Trump Foundation funds. He also called Trump a racist and gave specific examples. He said Trump admitted to lying about bone spurs to get out of the Vietnam War draft. He said Trump “reveled” in not paying businesses–often small businesses–for work they’d done for the Trump Organization.

There’s more, and you can read Cohen’s statement here if you’d like. I highly recommend reading that statement rather than watching it because Michael Cohen’s inability to speak into a microphone does not make anything less tiring.

the opposite of ASMR is Michael Cohen saying ‘p’ words

So we may not have learned much new information from Cohen (although I hadn’t heard that Trump had Cohen threaten “his high school, colleges, and the College Board not to release his grades or SAT scores” before. That’s fun), but hearing it all laid out at once, in front of a House Committee certainly does give a different feel to it all.

Cohen also came with some receipts, like a copy of a check Trump wrote to Cohen from his personal account after he took office in the White House, as reimbursement for an installment of payment for Stormy Daniels.

FIRST ON CNN! Michael Cohen will show Congress a copy of this $35,000 check that he says President Trump signed from his personal bank account on August 1, 2017, part of a reimbursement for hush money payment to Stormy Daniels. pic.twitter.com/xXsBiZK7wE

But even just saying these things under oath to Congress is evidence in itself. Cohen’s testimony confirms what has already been widely reported, and that is meaningful, both for public transparency and for any next steps Congress might take towards impeachment.

One thing this testimony does is simply focus attention on the fact that we basically ALREADY KNOW the president committed a felony that was done in direct furtherance of his campaign.

As for the questioning being done by Congress, that’s going to continue into the afternoon and we’ll update with any big revelations. So far, the questioning is dominated by Republican Jim Jordan, a historically terrible person whose MO for the day is clearly to defend Trump by any means necessary, including by insisting that Cohen must only be speaking out against Trump now because he wanted a job in the White House but “didn’t get invited to the dance.”

Stacey Plaskett is all of us looking at Jim Jordan, the last person who should address anyone’s character pic.twitter.com/z2fKUVHwYa

When Jim Jordan and Michael Cohen are going back and forth pic.twitter.com/On6qmhB2nY

It’s gonna be a long day.