Review: Robert Zemeckis’ Remake of The Witches Is Totally Cursed 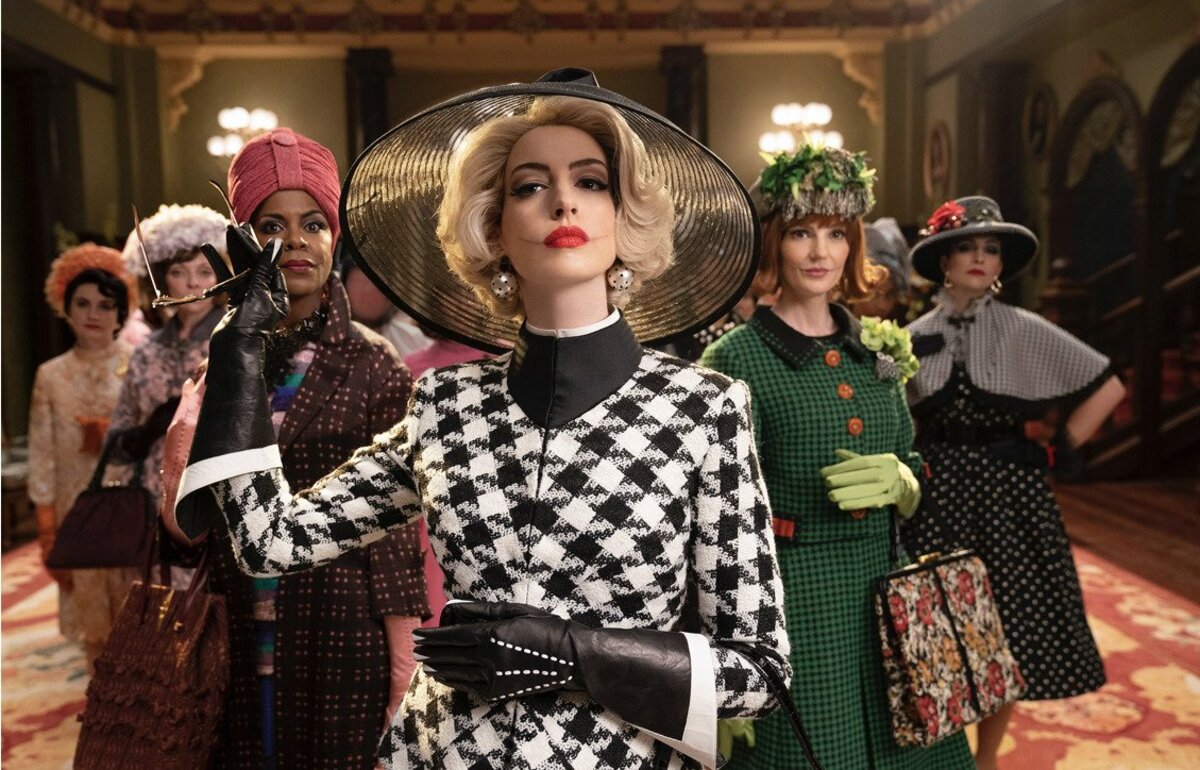 Not every Hollywood remake is bad. Some films that revisit the story and themes of a previous incarnation can be very good and manage to walk the fine line between honoring a predecessor and doing something entirely new. Even if it’s not innovative, a remake can still justify its existence if it’s at least entertaining or fun. Robert Zemeckis’s version of Roald Dahl’s The Witches on HBO Max does none of those things.

The only thing this movie does is make you wonder how much money some of these actors were paid to be in such a disaster, while simultaneously making very clear why this film was quite suddenly shifted to a release on HBO Max rather than waiting for theaters to reopen. It’s a hopeless, plodding mess that lacks any of the magic of the original, centered around a performance by Anne Hathaway that is so over the top that it may, as has already been tweeted, take a place in “Eddie Redmayne in Jupiter Ascending” gallery of absolutely bonkers acting.

The 1990 version of The Witches is one of those movies that traumatized an entire generation, and oftentimes one of those movies that simply baffles you with its very existence. How did something so dark and frankly terrifying get made as a kid’s movie? It’s a true horror film for kids. With Angelica Houston anchoring the film with an iconic performance and helped by incredible practical effects, The Witches earned its place among the kid film and witchy classics, and we’re still afraid of it.

There were many things that made the original version of The Witches work, and every single one of them has been taken away and changed here.

The biggest and most obvious offender is the special effects. The first version of The Witches was good and scary because everything looked real. The makeup and puppets were tactile because they existed in real space. Everything in this movie is CGI flubber; weightless and pointless and without any sort of real impact, and all played for laughs and or cheap shocks. New gimmicks like floating witches, scary witch toes, and more serve only to make things seem silly, but not in a way that’s actually entertaining.

The original movie also worked because it was genuinely scary and for the most part, though it had comic relief moments, was played straight. This movie is played as a sort of scary kid’s comedy, with almost uniformly bad acting to match that unnatural tone. Whereas in the original The Grandmother was serious and believable, the version of the character portrayed by Octavia Spencer here reads like a bad cartoon character. Spencer, an Academy Award-winning actress, is left high and dry, reciting simply terrible lines with the conviction of a middle school drama class, and it’s tragic.

The plot of this movie is identical to the original with a few very weird changes, and most of them undercut the story and any impact it has in various ways. There’s an extra kid-mouse, voiced by Kristen Chenowith, who’s around … so there are more female characters? She does nothing useful. The non-Grand High witches are robots with no menace or personality. The Grand High Witch’s assistant, who was the only “good” witch in the original, has been removed and that has a big impact on the movie. Her fear of the Grand High Witch and service to her made the GHW feel scarier and more important. Here … there’s none of that. The Grand High Witch is a cartoon.

Oh, Grand High Witch … what have they done to you? I know it’s unfair to keep comparing this to the original, but Angelica Houston was so good in it and she was good because she understood that real danger and evil is not communicated through screams and nonsense, but through quiet malice. Just as the effects are the opposite of the original, Anne Hathaway’s truly bonkers performance is everything Houston’s wasn’t. With her giant mouth, Gollum voice, and Count Chocula accent, it’s all too much. Yelling, careless, not frightening, and completely unhinged, Hathaway is so over the top and ridiculous it is almost embarrassing. It’s not fun to watch this performance, it’s exhausting.

Some things in this movie are more true to the book (like giant witch … nostrils?) but other things have been changed, like giant witch mouths. There’s so much about this movie and the choices that were made that make absolutely no sense. There was also a genuine opportunity to tell an interesting story about race and how America underserves BIPOC children by making the Grandson and Grandmother Black and setting the movie in Alabama in 1968, but the film never pays that off in any meaningful way, which was disappointing to see. We want to see many, many more children’s movies with Black protagonists, but they deserve to be in compelling, well-made narratives, not whatever The Witches is. The excellent young actor Jahzir Bruno is a highlight of the film, and the film should have done better by him.

As a practicing witch myself, I’ve always been a bit cautious of the way this story depicted witches as literal monsters, so when early in the movie the Grandmother is shown to be a practitioner of actual folk magic, I was excited … but like the other choices with representation in The Witches, it doesn’t pay off, and the film’s version of Voodoo is only slightly less inaccurate than their version of witches. Sigh.

There are a lot of different things witches in films do and represent. The witches of The Witches represent the absolute darkest version of witches: child killers, soulless demons who are pretty much QAnon made flesh. Roald Dahl created them as a combination of long-standing myths about witches and his own deep distrust of adults that runs through his works. There’s nothing inherently funny about that concept, but this movie thinks there is.

Robert Zemeckis was once a great director, but for the last decade and a half, his obsession with computer effects at the expense of character, story, and tone has produced movies that have gone from bad to worse. There’s no life in this movie, and the performances are almost all so completely terrible that it means Zemeckis was doing some active work as a director to make this more terrible. The only performances that aren’t a mess are Bruno as the Grandson and Stanley Tucci as the hotel manager because he’s … Stanley Tucci. The only other good thing I can say about this movie is that the costumes are great.

Should you watch The Witches on HBO Max? No. Not unless you want to suffer or enjoy some sort of drinking game based on taking a shot anytime Anne Hathaway starts screaming … but then you might die? Is it good enough to entertain a kid? Maybe, but there are much, much better movies out there, including the original, which is currently streaming on Netflix.