The Witcher Is Watchable … but Incomprehensible

Witcher? I don't even know her! 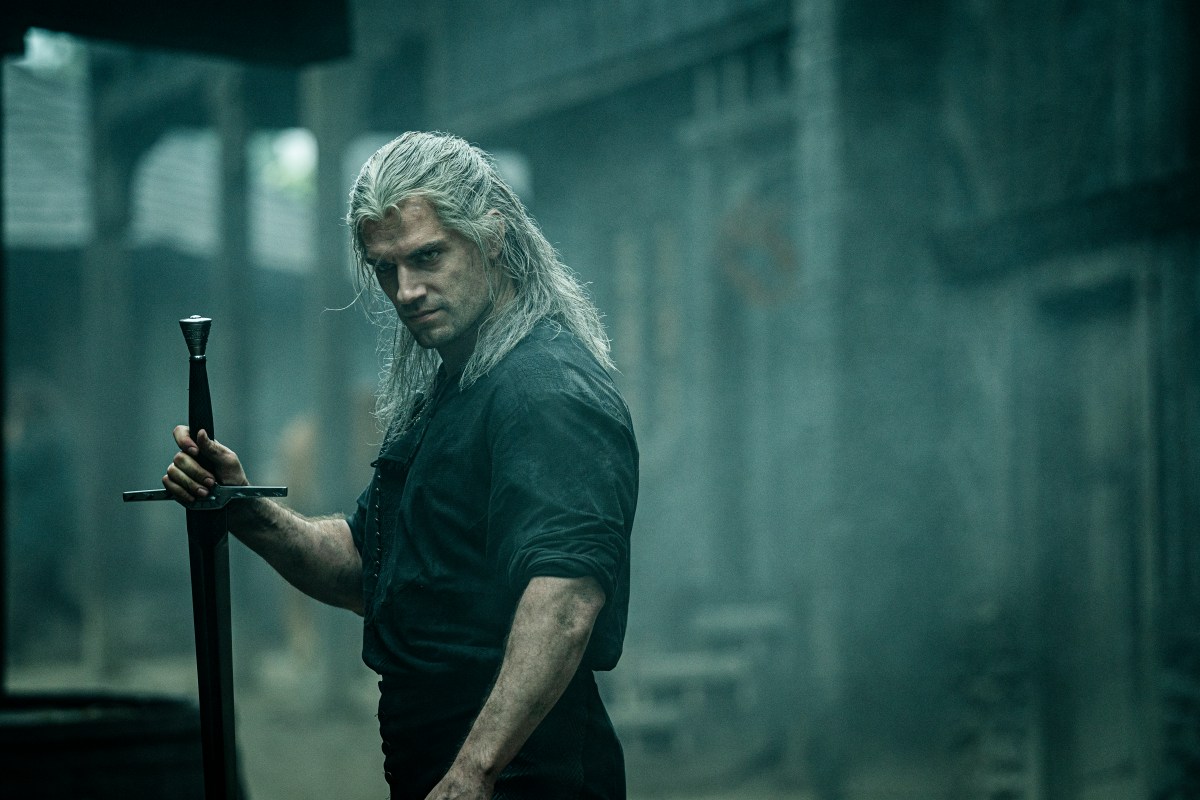 Before watching the first five episodes of Netflix’s The Witcher, I could not have told you what the book series—or video games based on that series—was about, and I’m not sure I can tell you now, after watching half of the new TV series. It’s a beautiful, incomprehensible mess that kept my interest, but not for the right reasons: I just wanted to figure out what the hell was going on and whether it really was as problematic as it seemed.

Here’s what I can tell you, which you might already know. The Witcher takes place on “The Continent.” What continent? THE Continent. There are magical people and monsters, but everything is still very medieval, which means there are elves with horrible makeup, and … are those supposed the be dwarves? It’s pretty sexist on this continent … except when it’s not? I’m not sure. Women can lead and fight (and commit genocide!), but they also apparently deserve to be raped and killed sometimes, so … it’s complicated.

On this continent are people (men?) called Witchers. They’re “mutants,” whatever that means. Witchers sometimes have magical powers—but only when convenient—and are apparently very strong or immortal or … something, but they’re also said to have no feelings, and they wander the land killing monsters. Our Witcher is a guy by the name of Geralt of Rivia. Please do not ask me, or him, where or what Rivia is.

Geralt is played by Henry Cavill, who is pretty good at never smiling and brutally killing things with a big ol’ sword. Cavill is fine in the role (yes, he’s also fiiiiiiiiine, if that’s your thing), but Geralt isn’t that compelling of a character. He’s just another broody, burly bruiser who gets pulled into a destiny he doesn’t want but must inevitably become a hero, like so many others before him. Snore.

It would be good news, then, that Geralt is not the only main character. There are two others. One is Princess Cirilla, a.k.a. Ciri, played by Freya Allen, who is … there. I think we’re supposed to root for, her but she’s also not very compelling, and her family has big issues, so she doesn’t make things better. In fact, her sections of the series so far are the most actively and deeply confusing in a super confusing show. Strike two. The third lead of the series is Yennefer (Anya Chalotra). She’s a sorceress (not a witch. I guess that’s different?) and the embodiment of so many problematic tropes that I have no idea where to begin, and I’ll probably have to delve into the issues I have with her storyline separately so I won’t spoil things. Still, I cared about her the most, in spite of myself.

Yennefer is at least interesting, and her journey into magic has some pathos to it, and I wanted to see where it went. Chalotra is good in her role and crackles with her scene partners. Even the rather dull Cavill lights up for her when they finally meet. (Guys, it takes a while). She, along with a few standouts from the supporting cast, cuts past the massive amounts of atmosphere, gratuitous nudity, and production design heaped on this show and at least makes something of it.

By far my favorite element of the show is Joey Batey as Jaskier, a bard who just sort of follows Geralt around and joins the chorus of people saying how great but also scary but also smelly he is. Jaskier is the Gabrielle to Geralt’s Xena. He’s funny and spunky, and his songs are actually quite good—but there’s not enough of him, and the fact that I can’t tell you exactly how his relationship with Geralt works points to the flaws of the show.

And there are many flaws. The Witcher is baffling and so so hard to make heads or tails of when it comes to its incredibly complicated plot and intricate world. It’s trying very hard to be the “next Game of Thrones” but forgets that GoT introduced us to Westeros slowly and didn’t pile on massive amounts of lore and made-up words and species in the pilot. It made us care about people first, and The Witcher isn’t very good at that. 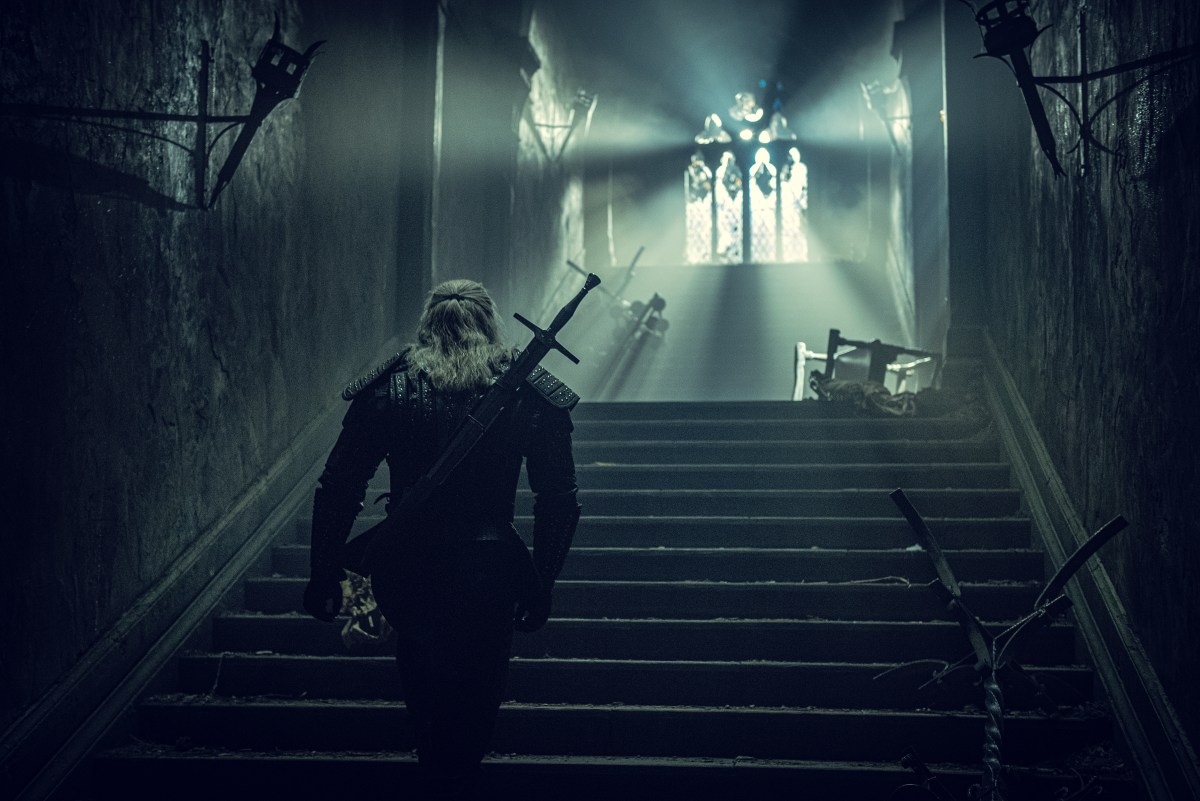 This show looks great, and the production is impeccable, but big sets and gross scary monsters for Henry Cavill to disembowel don’t a new fantasy behemoth make. For all its flaws, Game of Thrones had an understandable conflict at the start, and this show … doesn’t. Don’t get me wrong, there’s lots of conflict, but none of it makes sense.

However, The Witcher does match Game of Thrones in terms of graphic, ridiculous violence and lots and lots of boobs and butts. There’s also rape and incest thrown in among many of the backstories, so … there’s that, too. It’s all incredibly gratuitous, and maybe the nudity and violence could be excused if the show, or Geralt, took things a little less seriously and decided what it stood for.

The Witcher certainly tries to say meaningful things. There are some incredibly ham-fisted metaphors about colonization and the genocide of indigenous people … but I’m not sure where the show actually lands there? Maybe pro-colonization? There’s stuff about women and sex and disability too, and it’s all garbled and yucky and just as confusing as the rest of the show. The racial issues in this show are, again, enough for a whole entire post. It’s not good.

I don’t think we can call a show successful when “confusing” is the word that keeps coming to mind. I’m honoring Netflix’s desire not to spoil things, but let’s just say the writers of The Witcher have made A Big Choice in how they portray their three leads, and while it’s kind of rewarding when you figure it out, the lead up is so weird and so perplexing that the main feeling I got as a viewer was bewilderment, not enjoyment. The same goes for the show’s weird messaging and lacking characters.

Maybe this series will make sense to people who have read the books or played the games. Maybe they will be pleased by this grumpy guy that has a weird relationship with his horse. (Is his horse also immortal, btw???) But for me … it’s kind of a mess. Still, I do want to keep watching, if only out of morbid curiosity to see if everything is going somewhere and if the problematic aspects are addressed. The Witcher has already been renewed for season two, and maybe by then it will start to make sense.