Amazon’s The Wilds Is a Harrowing, Transformative Journey Into Teen Girlhood

Check out this intersectional, fascinating series 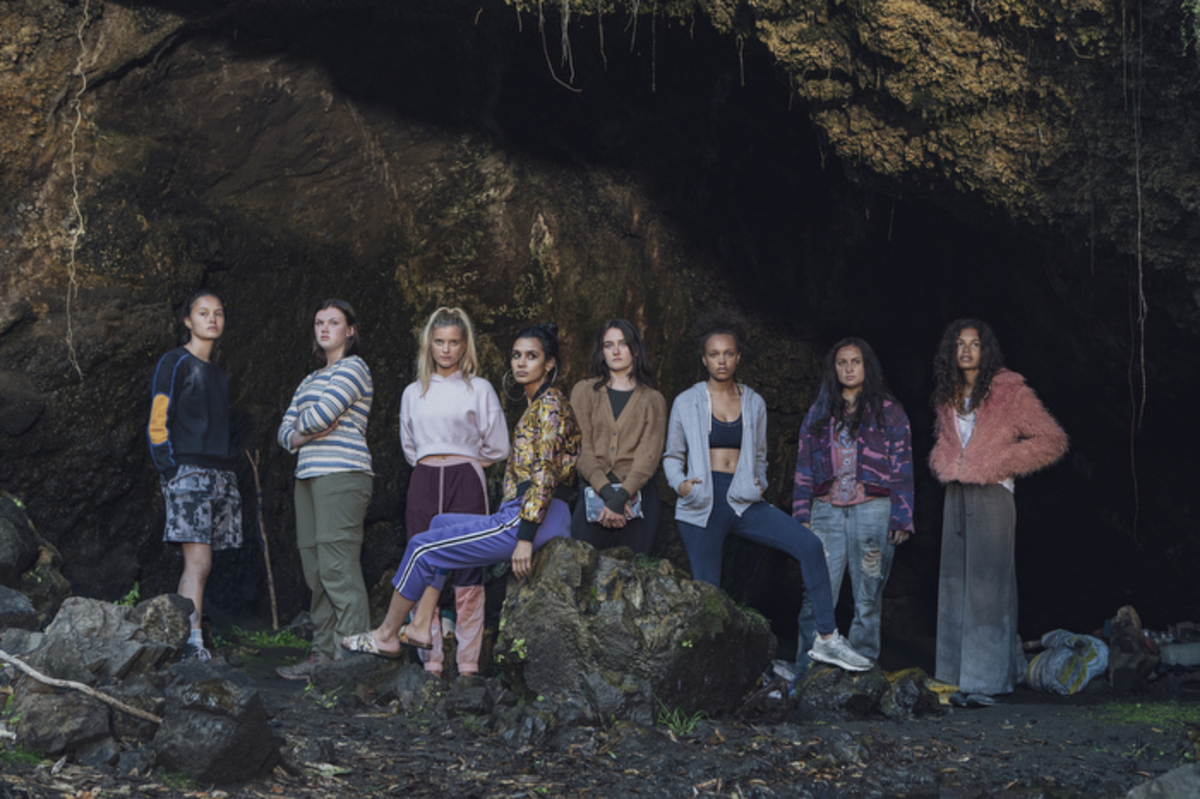 Amazon’s Prime Video’s The Wilds is a story about the trauma of growing up a girl in a world that still treats women like garbage a lot of the time. It’s a series made by, about, and for women, especially young women, that delivers a harrowing and thought-provoking look at the violence we inflict on teen girls and that they subsequently inflict on one another.

The Wilds begins with that idea: of trauma and how incredibly hard it is just to be a girl, or a teen, or even just a person in this messed up world. This thesis is delivered in the first episode by Leah (Sarah Pidgeon) with the kind purple prose and apocalyptic certainty that only a teen girl can muster, as she’s interviewed by two somewhat mysterious suits who are trying to find out “what happened” when the private plane carrying Leah and eight other teen girls to a female-centered retreat crashed on a deserted Island.

We know from the get-go that Leah somehow survived, but the how of it is the big mystery, as well as what the island really is. The series proceeded through single days, interspersed by flashbacks to the girls’ lives and flashforwards to the aftermath. And yes, that sounds sort of familiar if you’ve watched television in the last 15 years.

The Wilds shares some very obvious DNA with Lost, not just in the setting on a mysterious island, but in the structure and unfolding of the story. As we spend more time on the island with the girls, we’re given flashback stories and big revelations (which I will not spoil) for all of them, just like Lost.

But that’s fine. Because the idea that people were more than they seemed and that trying to survive on an island cut off from the world that hurt them revealed their true nature, desires, desires, and strengths is what made Lost great, and it’s what makes The Wilds very good as well. You’re immediately pulled into the story by the characters. You want to know who they are, what happened to them, and if they survive. I cared about all these girls, even the ones I was frustrated by, thanks to great writing and amazing performance. 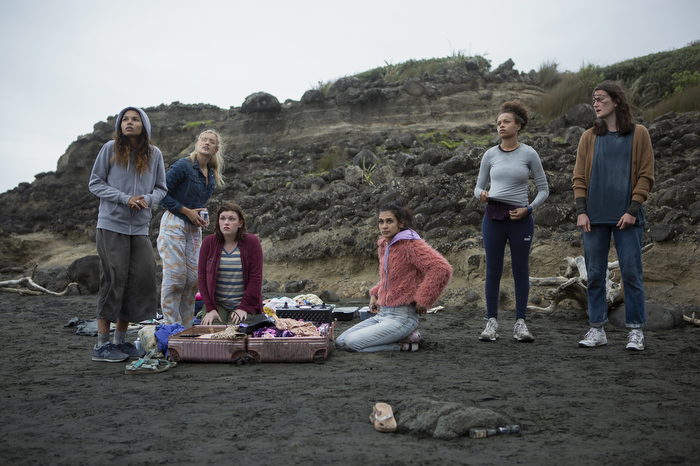 A show like this lives and dies by its characters and who they cast and for the most part, The Wilds succeeds, well, wildly in this respect. As the first girl we meet, Leah has the unenviable task of bringing us into the narrative and maybe that’s why she’s probably the least interesting and most generic teen girl character.

Pidgeon is great as Leah, and many of the issues that I had with Leah, in general, are worth examining. Did I not immediately like her because I’ve been conditioned to dismiss teen girls in media? Her flaws and mistakes are incredibly real and true to the absolutely, idiotic certainty we have about most things as teens, and she certainly has a lot of self-awareness about her failings. And luckily, Leah is just our gateway to meeting the other more varied and interesting characters.

Every girl on the Island is saddled with huge expectations and trauma, and the various ways they deal with it and how they connect with one another is really fascinating. There’s Shelby (Mia Healey) who’s a Jesus-loving pageant queen who tries to keep up a positive attitude. There’s rich, party girl Fatin (Sophia Ali) who’s also a cello prodigy living with too-high expectations from parents.

Dot (Shannon Berry) is the working-class loner who has already had to survive too much. Rachel (Reign Edwards) is an elite diver whose desperate desire to fit in with her family developed into an eating disorder so she could remain in competition. Rachel’s fraternal twin sister Nora (Helena Howard), who appears to be on the spectrum, is also on the trip. And then there’s loner Jennette (Chi Nguyen) who just wants to rock out to P!nk.

My favorite characters and young actresses are Martha (Jenna Clause) and Toni (Erana James), a pair of best friends who grew up together on and near a reservation in Oklahoma. In Martha and Toni, The Wilds has given us two remarkable Native characters who have dreams, problems, and vibrant lives that aren’t defined by where they grew up, yet whose representation feels fleshed-out and true to their backgrounds. Toni especially is amazing, because she’s also gay and to see a complex story about a queer, Native American teen girl is frankly wonderful and something I didn’t know I needed this much. 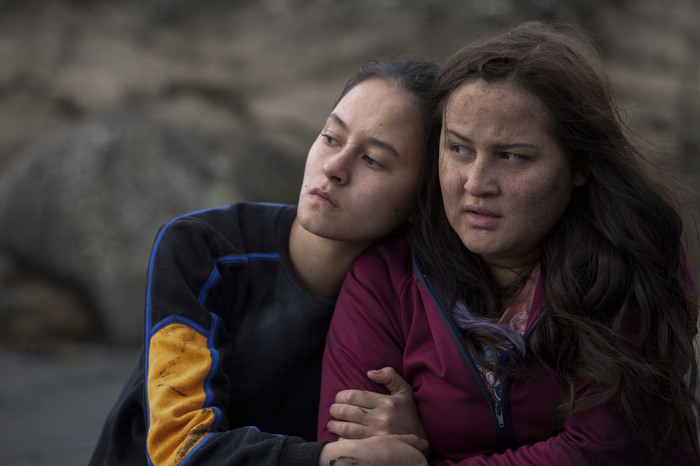 The Wilds is remarkably intersectional, with Black, Indian, Asian, and Native characters who also encompass different faiths, classes, and sexualities. It’s also a show that was very clearly written by women who have something to say about women and girls, and most of the episodes were directed by women as well.  The one place the series falters I think is in the character of Gretchen, played by Rachel Griffiths, and her involvement in everything going on off the Island. Her ideology is pretty suspect and even having watched every episode, I’m still not sure how I feel about here

But I did watch every episode in two days if that tells you how enthralled I was by the series. I cried, I shipped, I gasped, and overall I found myself rooting for these young women to survive and heal from all the wounds both the world and the Island inflicted on them.

Because of the content, which does get dark, The Wilds is not always an easy series to watch, but it’s incredibly engaging and I hope viewers will check it out. We don’t often get stories that are so committed to creating diverse narratives about women who don’t always get the spotlight, and there’s so much here that’s worth watching and that will leave you thinking.