The Walking Dead Spin-off Gets a Seriously Un-Cool Name, Will Premiere First Promo This Sunday

I guess The Welping Dead was taken. 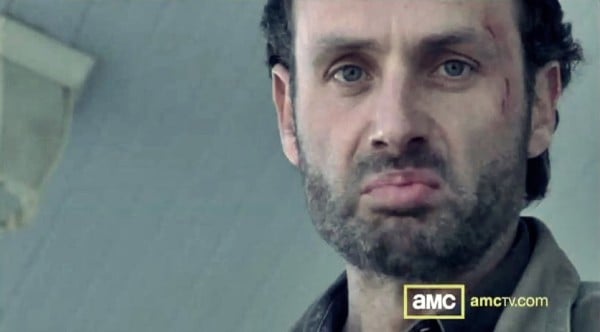 Considering The Walking Dead‘s upcoming spinoff will be set in L.A. and feature arguably the goriest part of any zombie apocalypse (the part Rick slept through, OF COURSE), I expected the new series to get a title that at least distinguished it from the original show to some degree, but I have seen WiFi networks with more compelling names.

Are the people who write Netflix synopses penning titles now?

Regardless, The Walking Dead fans won’t have to wait long before getting a better idea of what FTWD has to offer; according to Comic Book Resources, the series’ first promos will air this Sunday after the TWD premiere, during the last ten minutes of The Talking Dead (which, if you’re asking, also seems like a pretty preposterous name to me.).

What do you guys think? Pumped to get your first look at the new show this weekend? (Once you’ve composed yourself after the inevitably devastating finale, that is.)