All things considered, it kind of seems like... overkill. 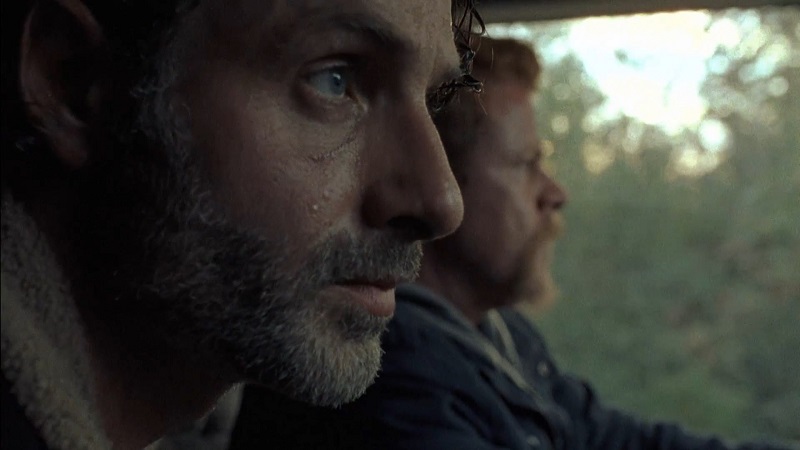 I’ll admit that I’ve fallen off the Walking Dead train lately–I never was able to get back around to watching the show when it returned for season six, and while it’s not going to take me very long to get caught up with everyone else, even I have to admit that the showrunners’ justification to keep secret the identity of Negan’s victim in the finale ep was… well, a little bonkers. As fellow TMS editor Carolyn said, it’s Gimple and Kirkman’s show–they can do what they want with it–but it doesn’t means fans have to necessarily be one-hundred-percent happy with their choices.

Now, according to sources at The Hollywood Reporter, The Walking Dead team has gone one step further to try and preserve the secrecy surrounding the name of the character who got the ax (or, well, in this case the bat) in last season’s finale.

In an attempt to hide the truth among the rumors, AMC reportedly had the opening scene of season seven filmed with all eleven possible characters–Rick, Carl, Michonne, Glenn, Maggie, Abraham, Sasha, Daryl, Eugene, Aaron and Rosita–and will place the actual scene in the episode when it comes time for air. That means not only was the same scene shot 11 times, but the actors themselves may not even know who really gets killed off until the episode airs.

It does feel a bit excessive to go to such great lengths to keep this secret, especially since many fans were left wondering if such a cliffhanger was even necessary to begin with. Then again, given that it’s becoming more and more difficult to keep plot details a secret when photographers continue to try and sneak pics of filming, maybe The Walking Dead is merely trying to hold onto the advantage it does have by shooting 11 takes: real, genuine shock value.