The Entirety of the Universe and the Astounding Diversity Which is Creation, to Scale 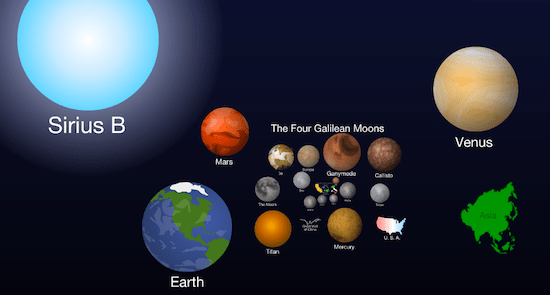 You know when the modern patron saint of astronomical sciences Neil deGrasse Tyson says something is a must-see that it’s a big deal, and it’s hard to get much bigger than a scale model of the entire universe. Well, not everything in the entire universe, but a series of new and familiar touchstones that really put the scale of everything into context. And I do mean everything: The flash presentation created by Cary Huang starts with strings (no, these kind) and ends with “the observable universe.” Getting from beginning to end does take a bit of time, but it’s well worth the trip. After all, space is big. Really big.

The Scale of the Universe is hosted here, but doesn’t seem to be working. However, you can see it here as well.