The Undeniable Power of a Presidential Couple Who Love Each Other 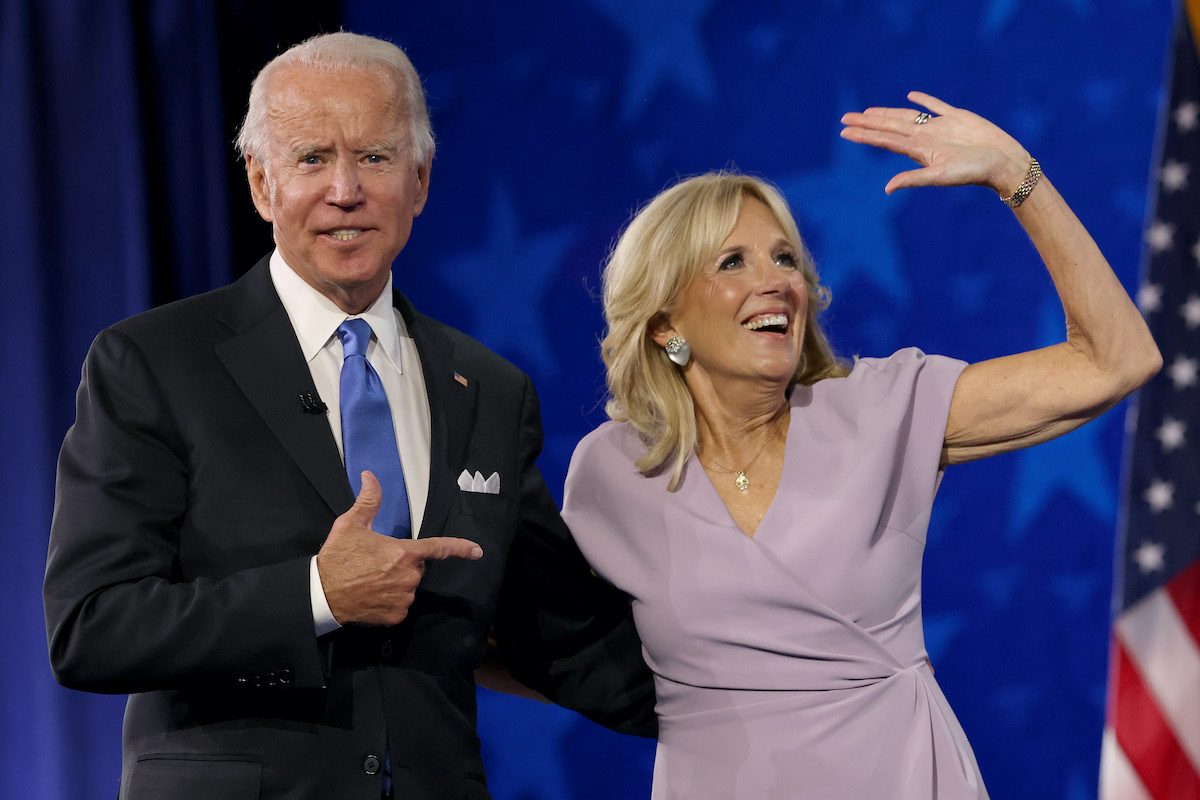 As Donald Trump left the White House for the final time, the vast staff of the historic home sprung into action. Rooms were disinfected, drapes were vacuumed, chandeliers were dusted, and the Bidens’ belongings were swiftly moved in to prepare the home for the 46th President of the United States and his wife, Dr. Jill Biden.

But there was one detail in the quick turnaround that many people noticed. According to CNN,

“A particular focus of this move will be paid to the bedrooms in the residence, where new mattresses and box springs for the incoming first family are standard operating procedure, according to the source. Yet one part of the bedroom set-up will be markedly different with the Bidens than it was for the Trumps: the Bidens will be sharing a bedroom. Melania Trump spent the majority of her time in the White House in the large bedroom suite typically reserved for Presidents and their spouse, adjacent to the West Sitting Hall, according to a source with knowledge of the arrangement.

‘Donald Trump slept in his own bedroom, which was previously a study or den during other administrations,’ the source said of the arrangement.”

It’s hardly a surprise that Donald and Melania Trump slept in separate bedrooms. It was obvious from the early days of Trump’s campaign that his relationship with his third wife was a frosty one maintained for appearances. There were the multiple cheating scandals of course. But it was the everyday actions that stood out: that infamous GIF of Melania’s smile falling at the inauguration, the countless times she slapped his hand away when he tried to hold hers.

The coldness of the Trumps stood out even more when compared to the Obamas, who had spent the previous 8 years displaying warmth and authenticity in their marriage. They were playful with one another, flirty and funny and clearly in love. And their marriage set the tone for all presidential events, lending delightful moments of humanity to their tenure in the White House. They were, quite simply, relationship goals.

The Trumps, in contrast, were always awkward, stilted, and cold with one another. And everyone could see it. It was one of countless norms that the Trumps violated throughout their cruel and venal tenure.

As Joe and Dr. Jill settle into their new roles, an authentic and real marriage returns to the White House. The couple, who have been married for 44 years, are clearly still madly in love with one another, and their playful relationship was evident since their days in residence at Number One Observatory Circle.

It’s no secret that the president and his family sets the tone for the country. That’s why it is so healing and affirming to see real, genuine love return to the White House. Because a president is only as strong as his relationships. The qualities that make a great spouse are the same as those that make a great leader: honesty, compassion, compromise, understanding, and deep mutual respect. All qualities that Trump sorely lacks.

So welcome to the White House, Mr. President and Dr. Biden. We’re so happy to have you both.