Why Don’t Sexual Assault Accusations Against Trump Seem to Matter as Much as His Affair With Stormy Daniels‌? 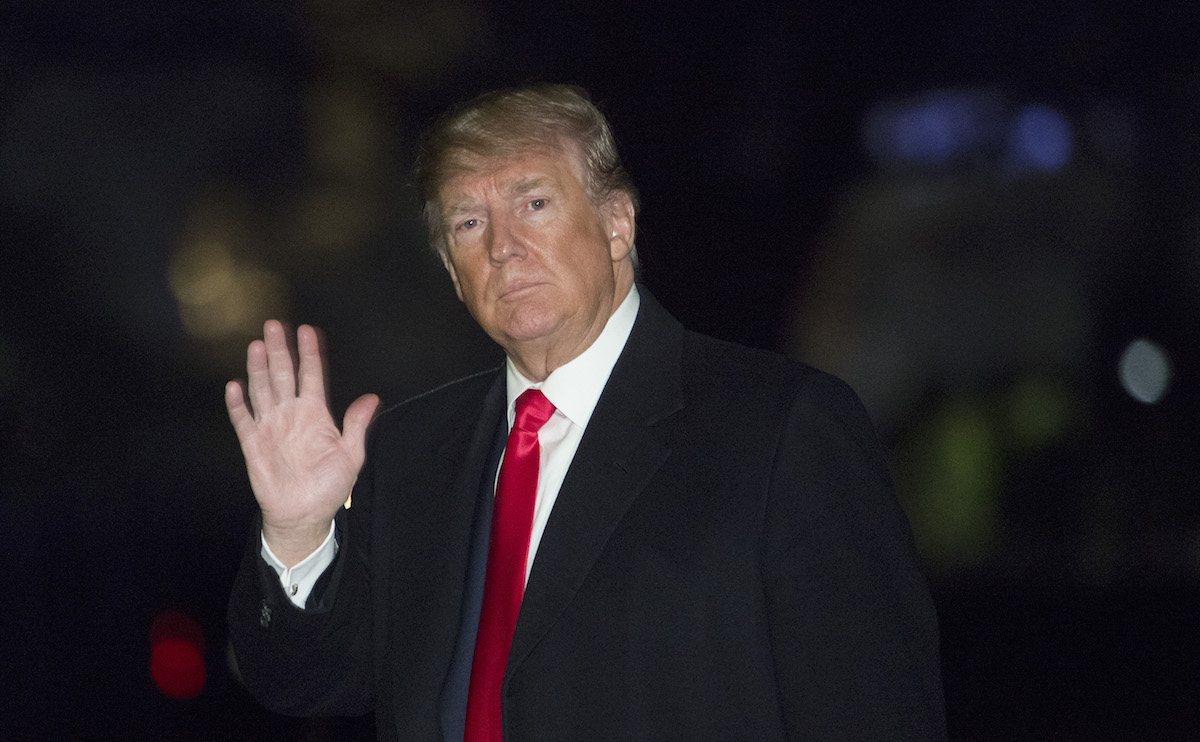 On Sunday, new reports that the White House was pulling out all the stops to keep a 60 Minutes interview with Stormy Daniels from airing marked the latest development in the twisted, sordid saga of President Trump’s affair.

The affair in question allegedly took place in 2006, but it in itself is hardly even the story anymore. In January, the Wall Street Journal reported that Trump’s lawyer, Michael Cohen, had paid Daniels $130,000 ahead of the 2016 election to keep her from speaking publicly about the alleged affair. Since then, Cohen has confirmed paying Daniels—who is now suing for freedom to talk about her relationship with the president, on the grounds that Cohen violated their agreement by publicly talking about the money he gave her—and that the president had never signed the agreement.

It should speak volumes that, among all the scandals that have rocked this young, embattled presidential administration—the president’s recognition of some neo-Nazis as “very fine people,” sweeping defenses of men accused of abuse, and rhetoric delegitimizing the free press, to name a few—this one has served to generate arguably the most bipartisan controversy, notably drawing far more moral outrage and attention than roughly 20 women’s public allegations of sexual abuse against Trump.

It’s deeply frustrating that the pain, trauma, and exploitation of so many women—women who had to watch their alleged abuser become the most powerful man in the world—have just a fraction of the clout of a rumor about consensual sex between two adults. And it’s just as frustrating that so much of that clout comes from the enhanced ridicule and morbid fascination attached to Daniels’ profession as an adult film star, feeding society an excuse to partake in its favorite national pastimes: mocking sex workers and stigmatizing consensual female sexuality.

Of course, none of this is to say that a consensual extramarital affair involving a man who is now president is unimportant. Trump’s infidelity speaks to his character, and Americans have a vested interest in knowing what kind of man their president is. And just like 2004 audio of Trump using graphic language to describe how famous men like him can do anything to women (with or without their consent), reports about an affair with someone hailing from an industry that conservatives loathe and malign as much as Daniels’ are relevant, considering his base. Trump—alongside his vice president, who views women as too inherently sexual and tempting to ever be alone with—is the choice of evangelicals, and cheating on his wife (as Daniels alleges he has) runs in direct contrast with this voting bloc’s militant moral superiority and sexual policing. They deserve to be directly, bluntly confronted with the contradiction.

But that being said, it’s important to recall the awful, nightmarish stories of his accusers, many of whom were private citizens with everything to lose in accusing a wealthy, famous man. Let’s take a minute to think about the experience of being harassed or assaulted by a man, and then watching him become president.

The accusations against Trump include repeatedly groping and inviting a former Miss Universe contestant to his hotel room, forcibly kissing and groping more than a dozen women, assaulting a woman sitting next to him on a plane, and even brutally assaulting his first wife. Stories of similar misconduct have put actors, directors, and even politicians like former Sen. Al Franken out of work, while Trump himself has repeatedly expressed concerns about how accused men’s lives are purportedly being ruined by the recent societal shift toward believing women and opening up dialogue about systemic sexual misconduct.

His latest comments in defense of alleged abusers came after former White House secretary Rob Porter resigned because evidence he assaulted his former wives became public. While the White House failed to send so much as a note to the ex-wives Porter had allegedly beaten, the president issued this tweet: “People’s lives are being shattered and destroyed by a mere allegation. Some are true and some are false. Some are old and some are new. There is no recovery for someone falsely accused—life and career are gone. Is there no such thing any longer as due process?”

And yet, for all the success of #MeToo and all of Trump’s misogyny-fueled anxiety about a purported wave of oppression experienced by accused men, he, himself, was elected president despite handfuls of allegations of abuse.

Today, in a country where half of working women report experiencing workplace sexual misconduct, one in five women are victims of assault and attempted rape, and our president—on top of hiring a handful of alleged abusers—is allegedly a serial predator himself, the story of the hour is somehow a consensual, circa-2006 extramarital affair. That, above the greater story of the prevalence of sexual abuse, continued lack of accountability, and the enabling and advancement of alleged abusers, is drawing more attention and outrage than anything else.

And yet, at the end of the day, outraged as we may be, how could we be surprised? It’s far easier and more convenient for a society in which slut-shaming and deriding members of the sex work industry are reflexive, and drawing meaningful conversations about abuse and assault is like pulling teeth.

The sex work industry may be problematic, ridden with exploitation, abuse, and misogyny, and in need of serious, systemic reform—criticism of the industry is wholly valid—but what does it say about society that the only stories about sex work capable of holding national attention involve female adult film stars’ consensual affairs with powerful men? That our conversations around adult film stars and sex workers are limited to crass, ignorant jokes?

It’s fair to be dismayed by how our president treats his wife. Coming off of the eight-year Obama era, a time in which the president and first lady were bonded by a mutual, tangible love and respect that was apparent to all Americans, Trump’s alleged infidelity and inability to walk alongside or pay attention to Melania is disappointing. But it’s important to recognize that the story of Stormy Daniels is about so much more than infidelity, adult film stars, or the president’s disrespect for his wife. It’s a story of what we, as a society, care about and prioritize, what stories we would rather pay attention to, and how much work remains to be done in a country where consensual extramarital affairs are regarded as more scandalous than 20 cases of alleged sexual assault.