Anna Kendrick has too many shows. I watched them all. 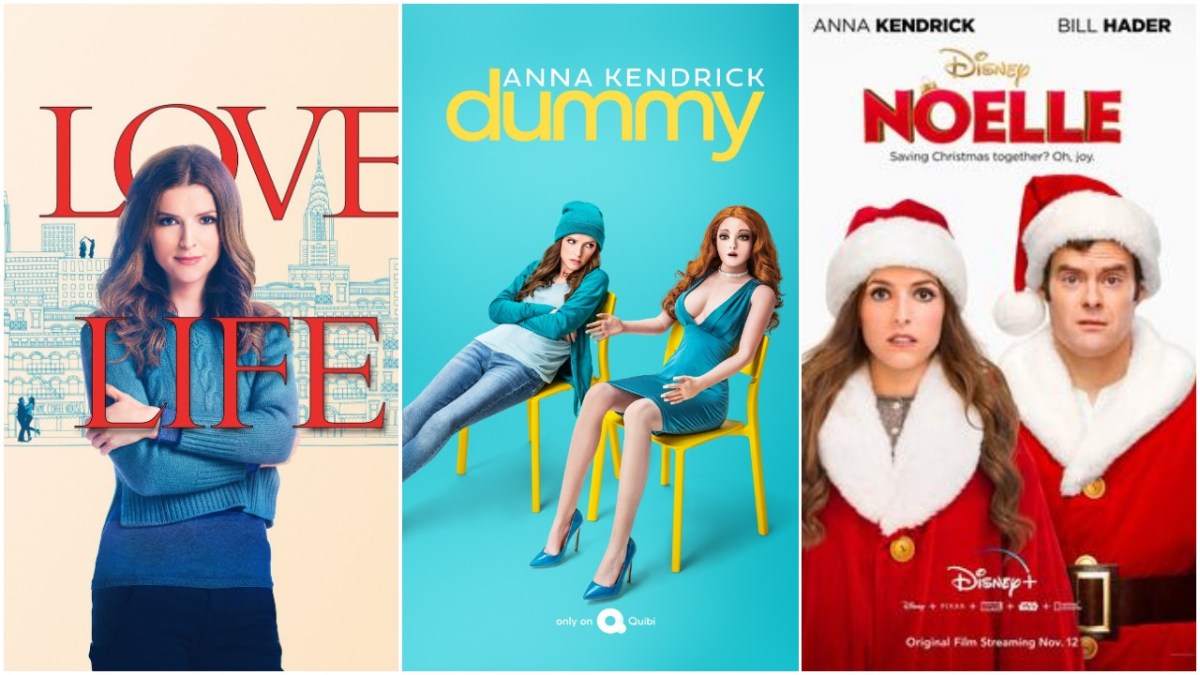 Everybody likes Anna Kendrick. The actress has been a big screen mainstay for over a decade, bringing her girl next door charm to several hit films, most notably the Pitch Perfect trilogy. Kendrick has played Cinderella in Into the Woods, and received an Oscar nomination for her work in 2009’s Up in the Air. She also pops up in various pop culture touchstones of the 2000s, including Scott Pilgrim vs. the World and the Twilight saga.

But the self-described “scrappy little nobody” has recently become a ubiquitous presence on the small screen. As more and more streaming services launch, it seems like Kendrick has a show or a movie on every single one. So, with nothing better to do during this quarantine, I decided to watch every Anna Kendrick streaming original and rank them.

Like so many things, this started as a joke, but quickly consumed my life. To cope with the onslaught of meet-cutes and plucky determination that defines most of her roles, I decided to add another twist to my Kendrick marathon. I call it the Anna Kendrinking Game:

The rules are simple: take a drink of your favorite beverage every time Anna Kendrick does the following:

– does an imitation of another character

– succeeds at her fictional career

As you can imagine, by the end of this marathon both my liver and my eyeballs were exhausted. Such is the life.

So allow me to present the definitive ranking of Anna Kendrick streaming originals from worst to best:

What if Santa Claus has an annoyingly type-A daughter who wants to carry on his legacy but can’t because of the patriarchy? That’s essentially the plot of Noelle, which stars Kendrick as the titular daughter of Santa. Noelle helps train her brother Nick (Bill Hader) to take over the family business, but when Nick runs away to teach yoga in Arizona, Noelle must enter the real world and bring him home.

What should have been a fun female twist on Elf gets mired in dense plot machinations and muddled characters. The film can’t decide whether Noelle the character is worldly and wise, or a barely functioning dummy. The film was so bad that Disney punted it from mainstream release to Disney+.

Noelle is a slog, with poor production values and badly rendered CGI reindeer. But perhaps its most grievous sin of all is making a film where neither Bill Hader nor Billy Eichner are funny. Oof magoof.

Oh, to be as passionate about anything as Anna Kendrick is about hotel amenities. Okay, so Kendrick’s ads for Hilton aren’t exactly streaming content, but they kept popping up during commercial breaks. Damn you, algorithm! These spots make solid use of Kendrick’s charisma, plus they make me long for hotels and vacations. Plus, 90 minutes of these ads is a much better viewing experience than Noelle. Trust me.

Dummy is another entry in Quibi’s can’t-win formula of shoving A-list stars into content no one wants to watch. Based on show creator Cody Heller’s real-life relationship with Dan Harmon (Community, Rick and Morty), Kendrick stars as Cody, a neurotic writer desperate to hang onto her more successful boyfriend (Gotham‘s Donal Logue plays the fictional Harmon).

Cody discovers that Dan has a sex doll named Barbara (voiced by Meredith Hagner) and is doubly shocked when Barbara comes to life and starts talking to her. The duo then go on a series of wacky adventures where they discuss sex, feminism, and insecurity. It’s a promising premise that quickly gets bogged down in meta jokes and gross out humor. There is a show to be made about the commodification of female sexuality, but this show isn’t it. It’s also deeply unsettling for a series that is written, directed, and created by women to be so anti-woman. And while I have no problem suspending disbelief, I find it hard to stomach that any woman would be that desperate to bang Dan Harmon, real or fictional.

It remains a mystery how Facebook Watch has managed to snag big names like Catherine Zeta-Jones and Elizabeth Olsen to star in shows we’ve barely even heard of. Yet despite the star power, Facebook Watch content has been rendered non-existent on our pop culture radar. I hadn’t even heard of Human Discoveries before researching this article, but was delighted to find a solid entry in the adult animation space.

Kendrick stars along with Zac Efron, Stephanie Beatriz, Sam Richardson, Lamorne Morris, and Lisa Kudrow in an prehistoric ensemble comedy that would be more at home on FOX’s Sunday animation block than on Zuckerberg’s site.

HBO Max’s first entry into original content proves highly watchable. The anthology series follows Kendrick’s Darby Carter, a single New Yorker who fumbles her way through dates, relationships, and one night stands. Each episode focuses on a different romantic relationship, with charismatic turns from Jin Ha (Devs) as an early boyfriend. Roommates Sara (Zoë Chao) and Mallory (Sasha Compère) steal the show, and are in many ways more compelling characters than Darby.

Love Life delivers on the amiable chatty comedy that Kendrick excels at, while also digging deeper into heartbreak, both romantic and familial. This is Kendrick at her strongest, delivering on both witty banter and quiet vulnerability. Love Life doesn’t reinvent the wheel, but it is a satisfying entry into the Single Girl in the City canon.