In Trying to Shake Things Up, the New The Stand Falls Flat 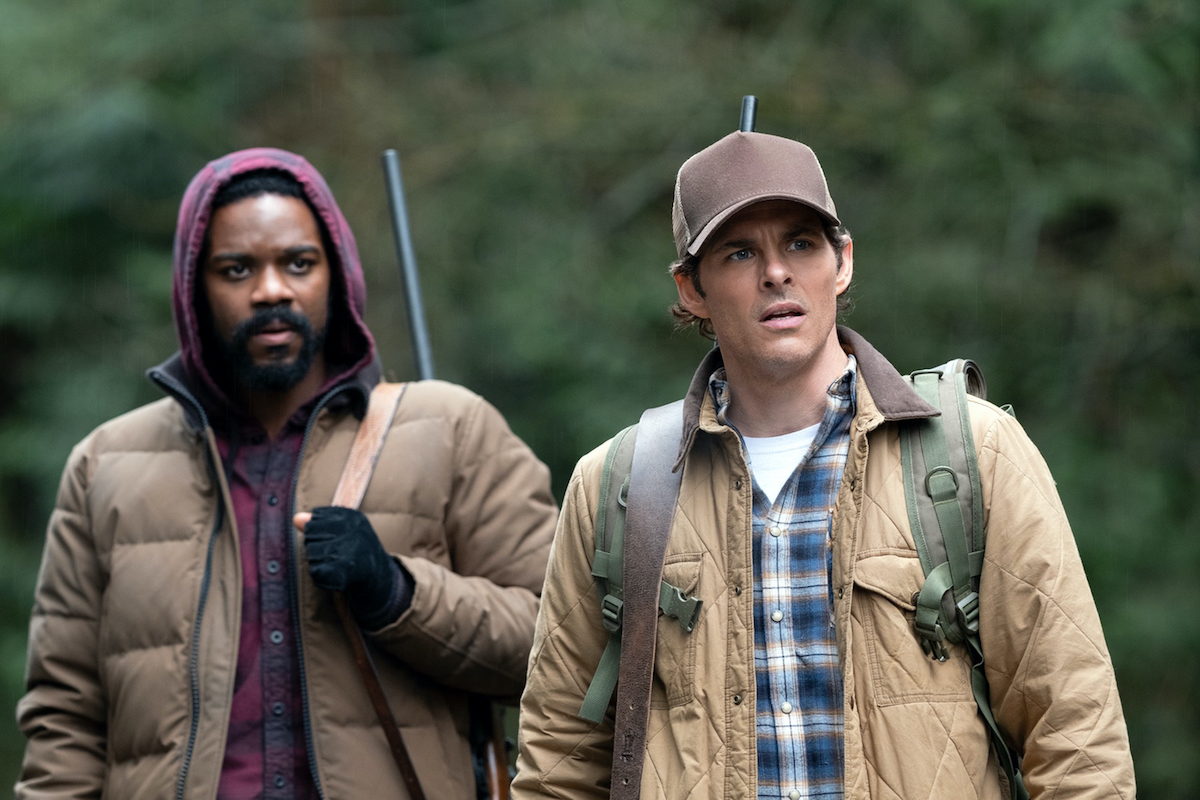 More than 40 years after Stephen King published The Stand (and 26 years since the iconic miniseries), the story of a world decimated by plague and split into a war of literal good vs. evil is back on television and is, depressingly, more timely than ever. Unfortunately, it’s not clear that the new CBS All Access adaptation is completely up to the challenge.

King’s novel opens on the accidental release of a deadly, highly contagious virus being developed as a biological weapon at a top-secret military facility. A security guard named Charles Campion manages to escape with his family, becoming patient zero in an epidemic that will kill more than 99% of the world’s population. From there, we trace the virus’ spread from Campion to a group of good ol’ boys hanging out at the gas station where he crashes his car, to a man on a road trip, unknowingly spreading the disease to everyone he comes into casual contact with across multiple states, and on and on from there.

King spends a huge amount of his 1,000+ page novel (his longest work) introducing his characters and developing their backstories. Some of it grows thin at points but it’s hard to argue that the opening of King’s novel isn’t it’s strongest section.

So it’s not entirely clear why this new adaptation decided to skip the whole thing.

The new The Stand starts at approximately the novel’s midway point, focusing on the aftermath of the virus when society is dividing itself into two factions, each in search of one of two messiahs—one good, one evil—who have been calling to people through dreams.

These characters’ backstories, then, are reduced to their bare basics, mostly told through flashbacks, if at all. The devastating spread of the virus remains primarily unseen. And in 2020, perhaps this is fine. Maybe we all enter into this story not needing to be told just how quickly a virus can spread and how harrowing it can be.

But so much is lost in this particular storytelling choice. King goes into characters’ relationships with the people in their lives with such tenderness and such depth and those have nearly all been entirely eschewed in favor of … nothing, really. Particularly absent are their paternal or paternal figure bonds—how young 20-something Frannie confides in her father that she’s pregnant right before he dies, or how Nick Andros, the Deaf and mute nomad finally feels loved and respected upon meeting a small-town sheriff. We spend half the book investing in these characters because of these kinds of experiences.

I know that much of this review has been about the novel but again, if the series managed to find a different way to allow us to connect with these characters and their plight to the same degree, shaking up the chronology wouldn’t be an issue. It could be exciting. But it doesn’t and so it isn’t.

I have only seen about half of the series’ nine episodes, so it could be that things change and characters deepen. But that would still make it an odd choice to save the real character development for your show’s back end. At the same time, there is an episode around the midway point that finally starts to feel like it’s found its footing and its rhythm. That also happens to be—I believe—the first episode told in full flashback-less chronological order, making a strong case for the show to do away with the flashbacks altogether and keep pushing ahead.

The best thing this series has going for it is its cast, which is stellar across the board, but with a few standouts. James Marsden is as charming (or maybe somehow more so) as ever. Alexander Skarsgård’s Randall Flagg was recently described in an interview as a “sexy Trump” and I am relieved to report that while his character is pure evil, he is much more enjoyable to watch than whatever that made you imagine.

Orange Is the New Black’s Brad William Henke is heartbreakingly endearing, doing the most with a character that has aged incredibly poorly. In the book, Tom Cullen has an intellectual disability and is described as childlike. The new series cuts much of character to avoid some of the more dated passages, leaving Henke to do what he can with an underdeveloped and ultimately troublesome character.

Similarly, Henry Zaga (New Mutants) gives a wonderful performance as Nick Andros, a role he never should have been cast to play. According to a statement signed by more than 70 activists and supporters, not one Deaf professional actor was even asked to audition for the role of Nick and the decision to cast a hearing actor “was made without respect to and for Deaf professionals, union and non-union alike.”

“At the time of diversity and inclusion, this cycle of misrepresentation and unequal or non-existent employment opportunities for Deaf professionals in the entertainment industry, both in front of and behind the camera, must end. This has been happening for decades; enough is enough!” reads the letter.

Ultimately, I really wanted to love CBS All Access’ The Stand. This seemed like the perfect point in time to bring back this story. But while it certainly has its moments, those aren’t enough to make the series stand out.