The Sims Goes Medieval On Itself With New, Divergent Game 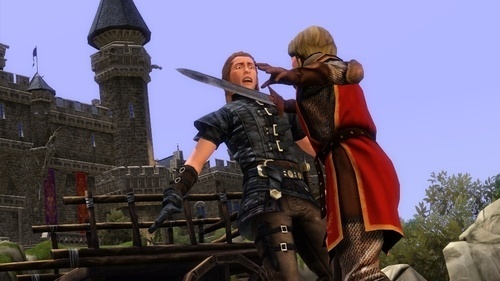 The Sims franchise has always been about simulating everyday life. Sure, expansions have gotten more and more exciting with nightclubs, pets, vacations, expeditions, and a whole lot more, but the core gameplay has always centered around a mostly plausible modern day lifestyle. You have your house, your job, your friends, your cozy little neighborhood, and you grow up and live life to the fullest. That’s what the franchise is about. Well, now The Sims is branching out in a major way, with the announcement of The Sims Medieval, a game set to come out for the PC and Mac in spring of 2011.

This isn’t just an expansion that lets you deck your house out like a castle from the Middle Ages. In fact, that was already pretty easy to do. The Sims Medieval is a whole new kind of game, allegedly the first of many similar concepts to follow from the Sims creative team. The game will introduce gameplay never before seen in The Sims, but seen often enough in many other games:

“The Middle Ages is a time of intrigue, legend, and excitement. It offers a perfect backdrop for a brand new series from The Sims studio due to the limitless stories that can be told,” said Scott Evans, General Manager of The Sims Studio at EA. “The Sims Medieval offers a new way for players to experience The Sims which we hope fans will enjoy, and it features gameplay that fans of strategy and role-playing games will find appealing such as controlling an entire kingdom and quest-based gameplay mechanics.”

Yes, you’ll be controlling heroes, just like in every video game ever ever ever. You could be a king, a queen, a knight, a smith, or any other medieval trade you can imagine, as long as it’s sufficiently heroic. And while some of your time spent controlling that sim hero will be spent doing the classic drudge work (Will doing the dishes take way longer now that there are no sinks? Did they even wash dishes back then?), there will also be a whole lot of new activity: Quests! Maybe a knight will charge you with crafting him the perfect armor. Maybe you’ll be the knight jousting in a tournament. Quests will play out differently depending on the sim you’re controlling.

But it wouldn’t be a Sims game at all if you couldn’t customize the flip out of it. Each hero in your kingdom is fully customizable, down to the fatal flaw. Also, you can exert a fair amount of control over the kingdom at large. While the specifics haven’t been announced yet, it appears there will be genuine strategy considerations. Will it be like a real-time strategy game, or merely a choice between tactics that you then just watch play out? We don’t know, but either way, it’s unlike anything the franchise has yet done.

This could either be an absolutely brilliant game that manages to excel in up to three genres, or a dismal failure that tries to do too many things at once and does none of them well. Let’s just hope the game ends up here: 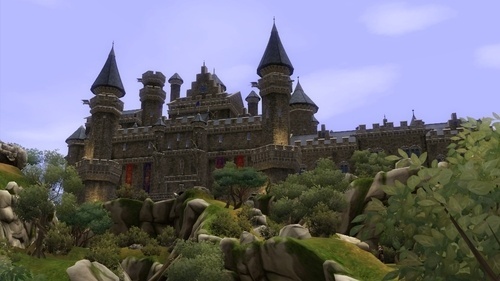 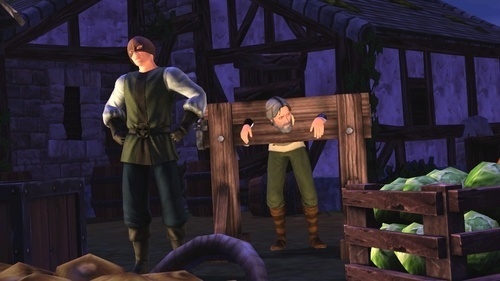