The Secret To Moving Heavy Stones In Egypt Has Been Discovered, And It Wasn’t Aliens

Ancient Astronaut Theorists will be disappointed. 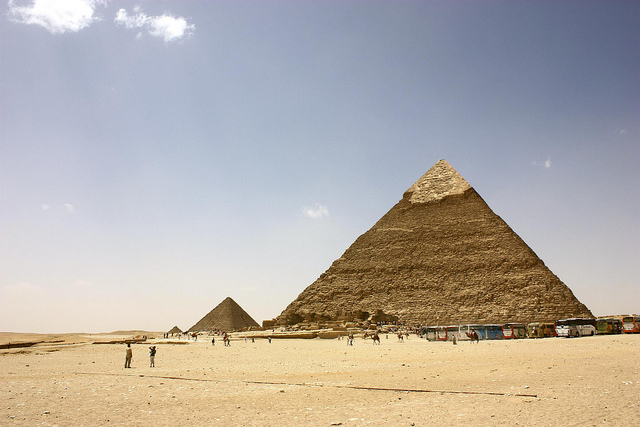 You’d think that we are smart enough to understand that our ancient friends had the tools to build awe-inspiring pyramids in Egypt. However, the question of how the ancients built anything without the help of modern technology still stands. Scientists have discovered that Egyptians had their ways to efficiently move heavy stones.

We must kill this notion that ancient people were incapable of getting stuff done, just because us modern people can’t seem to function without the technology we have today. We get shows like Ancient Aliens, where the idea of ancient Egyptians being intelligent enough to figure out ways to lift heavy stones that weighed over two tons seems unfathomable. However, the answer was always in front of us, and a team of scientists at the University of Amsterdam has discovered the secret, which really isn’t much of a secret at all.

Fantasizing about alien ships levitating rocks and stones into place and instructing ancient civilizations is a cool idea for books maybe, but not for science. No one is destroying the idea of aliens. No one is saying they’re not out there, but it’s very doubtful that they actually built the pyramids. According to scientists, it all about the friction. Egyptians would transfer their stones across the desert sands using very basic, large sleds. In order to make the transportation smoother and avoid the buildup of sand so it doesn’t become an obstacle, ancients would instead drag the rocks across wet sand. Wet sand becomes stiff and reduces the friction between the sled and sand, therefore making it easier to move materials.

According to experiments that were conducted, the pulling force required to drag the sled across the sand was correlated to the stiffness of the sand, thus making the transition much more fluid. Now that we have finally realized the great secret behind the Egyptian pyramids (more like a rational explanation), we can finally give the Egyptians the credit they deserve and not pin it on Aliens.

(via Gizmodo, image via Johanna Loock)