The Rock Will Star In Alpha Squad Seven, A “Sci-Fi Action Comedy” Which Sounds Like It Might Be The Best Film Of All Time Seriously 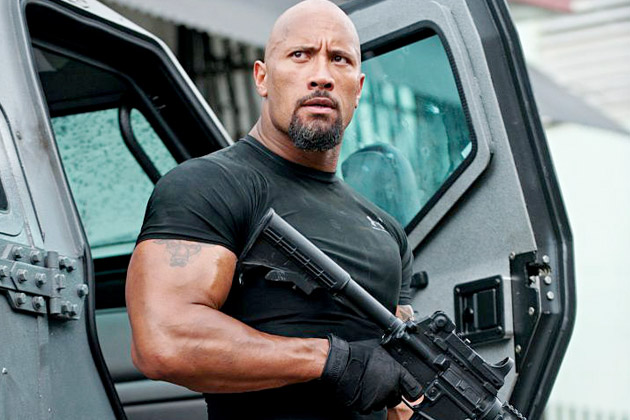 The Rock has just signed on to star in Alpha Squad Seven, a sci-fi action comedy that is being described as a combination of Independence Day, Guardians of the Galaxy, and Armageddon. Just read that again slowly. And then freak out with me.

According to THR, they have no idea what the movie is actually about, but if it’s anything like what the potential combination of the above three movies could deliver, it will probably be a rollicking laugh with sweet action and some major building destruction and also a few tears and great music and hopefully ’90s Jeff Goldblum. Hey, a girl can dream.

I’m on the hype train. Let’s do this.

Action Squad Seven was pitched by the same duo behind the Karate Kid 2 script, Jeremiah Friedman and Nick Palmer, and is being produced by FlynnPictureCo., who are also responsible for Hercules, Journey to the Center of the Earth, Hansel & Gretel: Witch Hunters, and San Andreas. So we know exactly the kind of movie we’re going to get. But hey, aren’t we always desperate for new intellectual property? It’s a sci-fi film with franchise potential that isn’t a spin-off of a comic book! May it join the hallowed ranks of Jupiter Ascending.

The film is also described as a “two-hander,” meaning it will have two very different main characters, and as a “four-quadrant film,” meaning it’s meant to appeal to all four major moviegoing demos: men and women both over and under 25. Given all that, I have high hopes for an awesome female co-star.