The Originals Has Introduced Nazi Vampires for … Reasons? 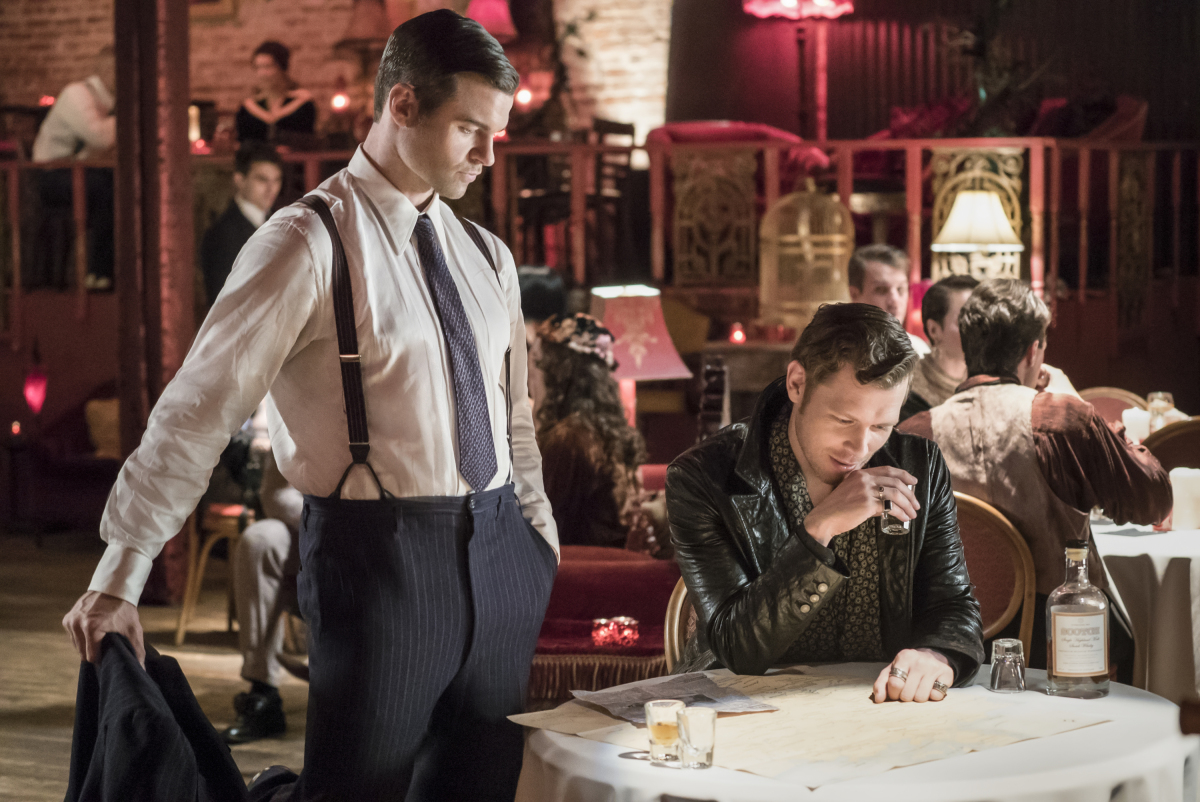 Look, I’m trash for vampire shows, even bad ones. I watched True Blood until Tara died. I watched The Vampire Diaries until Delena happened, and then I came back when Elena died. I enjoyed UK’s Being Human, and Carmilla remains one of my favorite vampire things ever. So yeah, I still watch The Originals, and I will probably watch Legacies when it comes out, but that doesn’t erase that the Vampire Diaries universe has had some terrible issues with race, women, and LGBT characters throughout its two series, and the most recent episode of The Originals added to that.

For those who don’t watch this show, and I honestly can’t fully blame you for that, it’s about the original family of vampires, the highly dysfunctional Mikaelsons, with the protagonist being Klaus Mikaelson, the werewolf-vampire hybrid who is a perpetual artistic sadboy with murderous tendencies.

Hayley (a hybrid as well), mother of Klaus’s teenager daughter, Hope (who is a werewolf/vampire/witch tribrid), has been kidnapped, which has brought Klaus back to New Orleans in order to find Hayley. After killing a bunch of people, it was revealed in episode four, “Between the Devil and the Deep Blue Sea,” that Hayley was kidnapped by Nazis.

Now, seeing as Hayley is a white woman, I was curious as to why Nazis would kidnap her. Well, these vampire Nazis are vampire supremacists, who see werewolves as “mongrels” and see Klaus, Kayley, and Hope as abominations of vampire purity. M’kay.

Episode five, “Don’t It Just Break Your Heart,” goes into the backstory of these werewolf-hating Nazi vampires and all the angst it gives Klaus, because he feels personally attacked on account of being half-werewolf. In the ’30s, Klaus met their leader, threatened them with a lot of murder, but overall did nothing.

Now, as I sit on my futon watching this episode, all I can think is why did there have to be Nazis?

A Twitter user responded to an article I wrote about the Earth X DCTVU crossover, which involved a world in which the Nazis won. That user wrote about how, for groups that were affected by the Holocaust, these sort of AU stories are triggering and often unproductive because the antisemitism, homophobia, anti-Romanyism, abelism, etc. is just there as a prop for drama, and the human reality of what it meant to be in that environment is ignored.

That is exactly what this shit right here is on The Originals. There is no reason for these anti-werewolf hybrid creatures to be Nazis and use Nazi imagery when they only hate non-vampires. We have an entire film franchise about werewolves vs. vampires that manages to not include Nazis. It’s not hard if Underworld can do it.

The Nazi vampires who have taken Hayley have done so in order to force Klaus to bind his daughter’s werewolf side so she’s less of an “abomination.” Plus, all we get out of it is angst from Klaus and his brother, Elijah. Klaus is upset about the “racism” against him and his kind (even though he talks down to werewolves constantly), and Elijah is mad because his new fiancée was the daughter of the old vampire Nazi group. No one actually really cares about the Nazi part except for how it affects them.

That’s made explicitly clear when Josh, who is gay, helps the Nazi vampire and tells Marcel, the black vampire, that maybe the Nazi vampires have a point about binding Hope’s powers.

Now, ignoring any of the convoluted hybrid/tribrid/whatever of the show, you mean to tell me that, in the writers’ room, they were like “hmm let’s let the gay character defend the Nazi against the black character” and no one said that looked bad? Not to mention Klaus has a whole rant about how he gave the Nazi vampires shame, as if that’s a bad thing …

This series has always had these problems, from Marcel’s backstory being that of a mixed-race slave, who is adopted into this white vampire family who treats him like he’s never really one of them, to Josh never amounting to more than just a gay best friend to whoever was closest to him and getting brutally mauled trying to help a Nazi because the writer’s decided that was fitting. Elijah’s revolving door of dead women of color love interests, who he cries over, but quickly forgets about once an angsty pale brunette walks by. Last season put the icing on the cake when they had Freya torture and hold the black werewolf, Keelin, captive, only for them to fall in love after all of that.

Why do I keep watching the show, you ask? I have a sick emotional investment in many of these characters, and this franchise is my Supernatural. I’m in it for the long haul.

It doesn’t mean that these issues should be ignored, because at this point not only are they so blatant, but they’re handled in a way that you can no longer really imagine there was a good motive for any of this. It’s just lazy writing, using a dark period in our history and twisting it so the only people who are portrayed as victims are white, non-Jewish characters and fictional supernatural creatures.

At least I get to look at Jaime Murray.