Parents are afraid about the viral "challenge" and are giving it more power than is necessary. 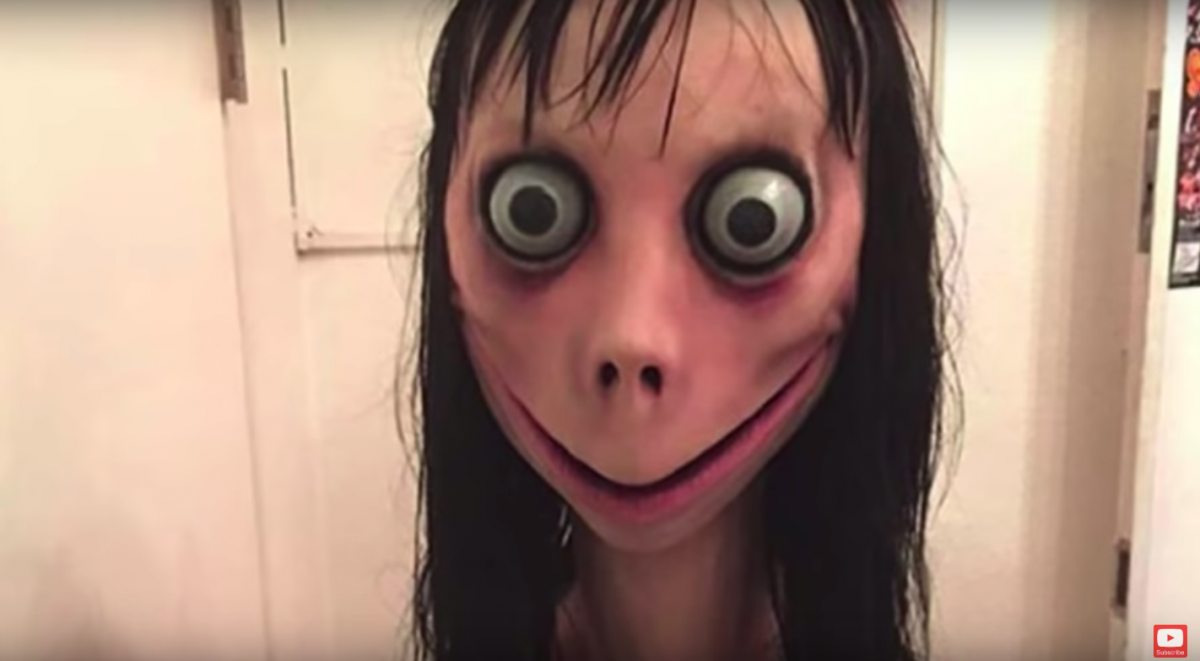 It’s frightening to hear about an online trend that encourages children to harm themselves in any way or, in some cases, to kill themselves. That’s the knee-jerk fear surrounding the so-called “Momo Challenge,” which has begat a viral wave of paranoia. While the looming threat of Momo has been around since last year, a recent wave of parents warning each other on social media brought attention back to the meme.

Wikipedia runs down its origins:

The Momo Challenge gained the public’s attention in July 2018, when it was noticed by a YouTuber, ReignBot. Targeting teenagers, people presenting themselves as “Momo” on WhatsApp messages try to convince people to contact them through their cell phone. As with other Internet “challenges” phenomena such as Blue Whale, players are then instructed to perform a succession of tasks, refusal to do so being met with threats. Messages are subsequently accompanied by frightening or gory pictures.

Warnings about the dangers of the challenge have seen a resurgence. Like other online trends before it, the Momo Challenge appears to be perpetuated by YouTubers, with the bulging-eyed “Momo” character—originally a Japanese special effects sculpture called Mother Bird by Keisuke Aisawa—giving parents and kids a scary-looking face to go with the alleged threat.

The concept of the challenge is distressing, of course, but all evidence suggests that no one has been harmed by it and that the viral panic is doing more harm than good. Parents have been spreading warnings about Momo, heightening paranoia around it but not, as experts suggest, undertaking more helpful behavior like teaching kids about online safety overall. Momo appears to be a classic instance of a “moral panic,” wherein an imagined fear drives a frenzy of concern not based in reality.

According to Forbes, the fear has resulted in parents sharing the story and warning their children about the trend. But it’s important to teach children how to better navigate the Internet for safety concerns overall and teach them best practices rather than simply address a singular trend, which might unintentionally heighten the mystery and appeal for kids in experiencing “Momo” for themselves.

Online challenges like Momo may cause concern for parents however these ‘challenges’ appear every few months & we’ve seen other examples over time. Parents should not to panic but speak with their children about all aspects of their online world & explain potential dangers

Lots of online safety tips, advice & resources to help parents and children and young people stay safe online are available on the CEOPThinkuKnow website https://t.co/FE4gqT6QvF or at the ParentZone https://t.co/XkJL1ZnBeu #SaferCommunities @policescotland

We should be talking to our children about online safety and the things they may encounter and how we have to go about our online life. For many, cyber-bullying has been a big topic of conversation that may have reached kids’ awareness, talked about at home and in school. But the “supernatural” threat here isn’t totally specious, and topics like this need to be addressed—it’s possible that a child could injure themselves because they think some ghost or ghoul is really going to hurt them or their families. It’s hard enough for adults to differentiate the truths and falsehoods of the Internet; kids should be learning to distinguish between fact and fiction at a young age.

With young children in my own family, these trends frighten me when I consider the worst possible outcome—that one of the kids might really hurt themselves or others. So I understand why parents tend to err on the side of caution, even if these are proven to be more of a hoax than anything else. What matters is the way in which parents and people in authority approach the subjects at hand.

I asked one family member what he said to his young daughter. She’s turning 8 in less than a month and is a prime target age for things like this—I’ve seen how much kids are on YouTube; they are master navigators of the platform, but not as attuned to its pitfalls.

The father that I spoke with is aware of the myriad dangers of trends like this and has already talked to his child about it. This, to me, is the ideal approach:

“Asked her if it ever came up or if she recognized it, she said no. Told her that if it ever does happen to go get an adult right away, whether its home or school, not to listen to what Momo prompts her to do (and told her it will say not to walk away, etc), and not click on anything. I explained to her that Momo is not real, but a real human is the one doing this, and its very bad advice and suggestions that will get a kid or someone else in trouble or very, very injured.

The advice my family member gave to his daughter is accurate. These kids need to know that they shouldn’t talk with the Momo or other characters designed to scare. The minute it appears, they should come to adults and tell them what is happening because this challenge should end before it ever begins.

However, we need to be aware that in trying to stamp out the threats of a scary-seeming “online bad guy,” we often end up giving it more power than it really had in the first place. The next time parents are faced with sharing an all-caps horrifying warning about a boogieman out to get their children, they need to consider their own role in creating the monster before clicking share.