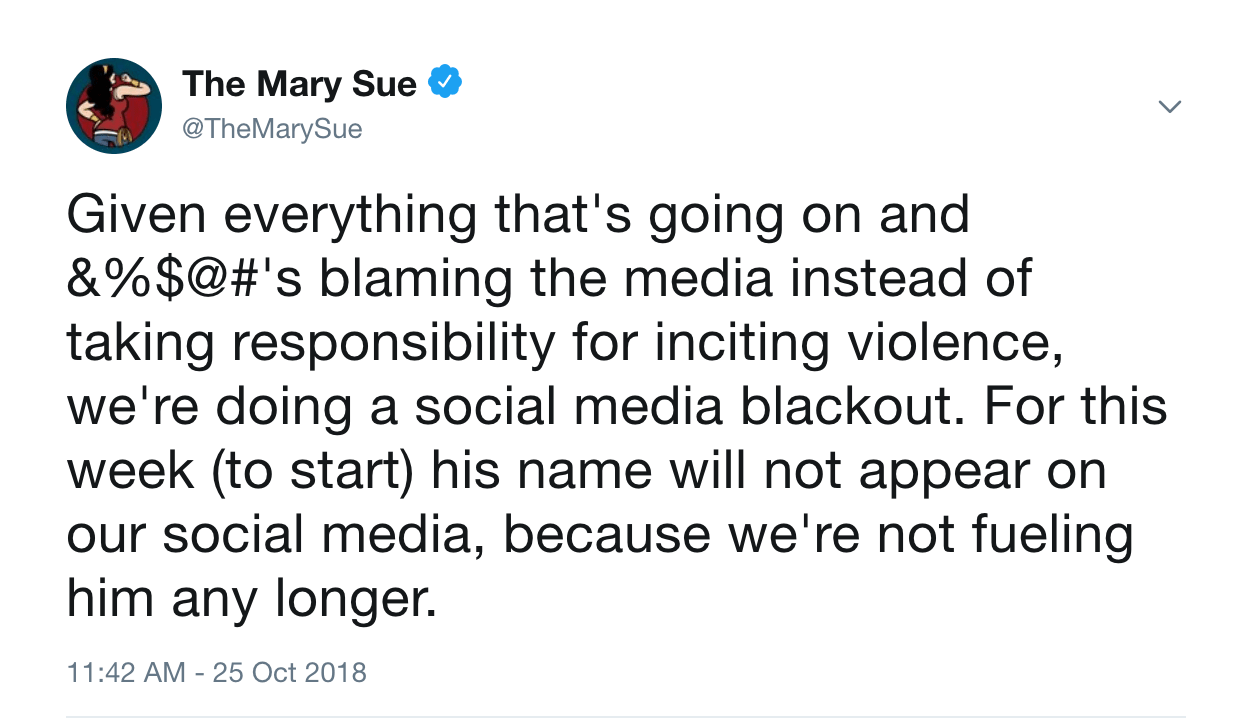 We at The Mary Sue do not like Donald Trump, that’s pretty clear. His views on women, his racist rhetoric, his transphobic policies, we can go on (and on) are in direct conflict with our views and, quite frankly, our morals. We don’t do things like other news sites. At The Mary Sue, we call it like we see it. But, we’re also committed to delivering the important news, and unfortunately, at this time that means the trash storm Trump is constantly unleashing on this country and the world at large. So we cover it. We trash it, sure. But, we cover it.

On Oct. 24,  suspicious packages containing “potential explosive devices” were sent to prominent political figures and CNN—all aimed at people who have spoken out against Trump, or who Trump considers an enemy. Instead of taking responsibility for the fact that his violent rhetoric plays a roll in attacks like these, he chose to blame the “fake news” media. He claimed they’re the ones responsible for attacks such as the ones on Oct. 24.

Trump will never take responsibility for his actions, that we know. But we also know that he revels in seeing his name in print. The more it’s shared and tweeted the more his ego is fed. He’s a narcissist, through and through. The Mary Sue is not playing into it anymore. We stand with the “fake news media,” we stand with the victims of Trump’s actions and policies, and most of all we stand by the idea that it’s to hit him where it hurts.

So, this week (only to start) you will not find the name “Trump” or his image on any of our social pages. The Mary Sue will no longer take part in trending his name. Let’s shift the “trending” gears to those who need our help and those who fight for our cause.