The Mary Sue Exclusive: The Cover of Grace Randolph’s Supurbia #8 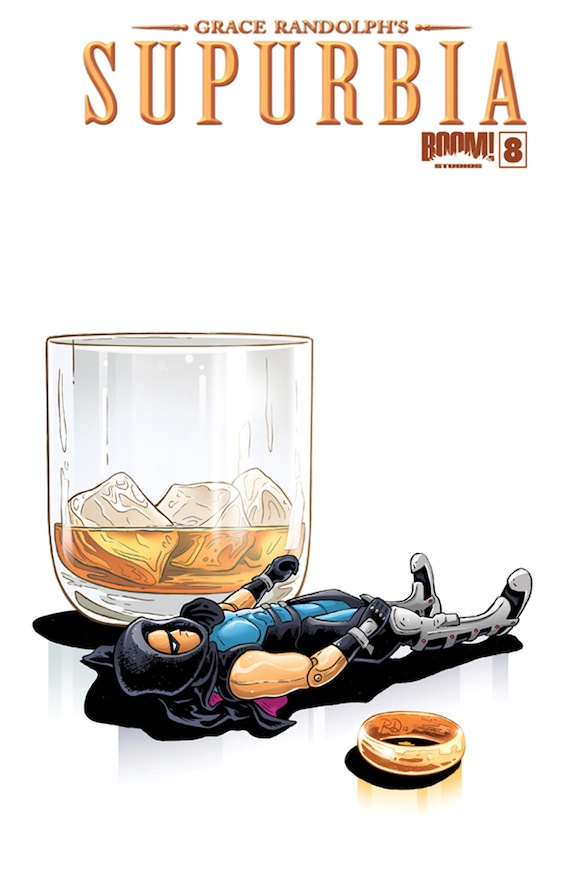 Behind every great superhero is a secret identity, and next to every secret identity is a significant other. Grace Randolph‘s Supurbia is about those superheroes and the husbands and wives courageous and resourceful enough to try and make a normal life with them. Issue #8 will be out in June!

The Galactic Protection Systems Expo finally comes to its explosive finish…and you won’t believe who’s making the deadly keynote address! Will the Meta Legion be able to save a convention center under villainous assault? And will the housewives in attendance make it back to the neighborhood alive? Don’t miss the next thrilling installment of SUPURBIA from Grace Randolph and Russell Dauterman!