The Mandalorian Is Coming Back on October 30th!

BRING ME THE CHILD. 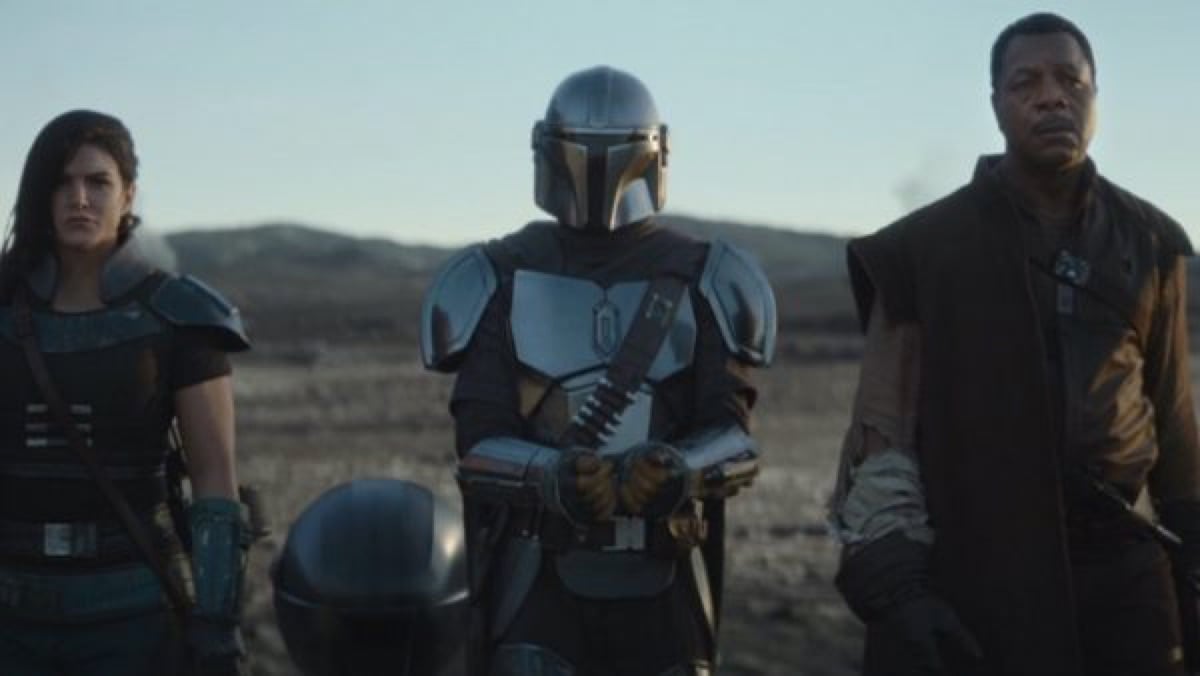 Finally, we’re saved from the eternal “What are we going to watch now?” question of 2020. The Mandalorian is giving us all hope that we can return to the world we once loved … meaning that we’re getting the second season in October. And, if it’s anything like the first season and how it was released, we’ll have 8 weeks of something to look forward to. (Wow 2020 sucks.)

This is the day. New Episodes Streaming Oct. 30 on #DisneyPlus. #TheMandalorian pic.twitter.com/ZlJua6SEP8

Let’s be real, it’s the Baby Yoda show. Sure, there are other plot points, but we all collectively decided after the first chapter that we would die for Baby Yoda, and from there on out, that’s all that mattered. And, lucky for us all, season 2 seems to be right in line with our love. As someone pointed out, the poster for The Mandalorian’s first season was just Din Djarin (Pedro Pascal) standing alone, but the new poster? He’s with his son.

din being alone in the first logo vs him and the child together in the new one no one hmu pic.twitter.com/6NUTv4HRbE

What I love about The Mandalorian is that it isn’t erasing the Expanded Universe canon of Star Wars. My biggest complaint about the Disney Star Wars world is that they erased the EU (in the sequel trilogy) to make it more “surprising,” and it just honestly turned into a mess instead.

But with Jon Favreau and Dave Filoni leading the charge, The Mandalorian features plenty from The Clone Wars and Rebels, as well as hints to the EU (including Favreau often bringing up characters like Mara Jade while talking about the series). So, do I have hope for season 2? Abso-f**king-lutely.

There’s just something about this post-Empire pre-Kylo era that is so interesting to me (as well as a lot of other fans). In the original EU, that’s when we got to learn so much more about Leia and Luke and their abilities. It’s when we met people like Mara Jade, and it also gave us the opportunity to explore areas of the Star Wars franchise not directly connected to the Skywalkers.

And look, as much as I love Luke and Leia, I’m glad that era is done, because it turned into just fanboys playing with their favorite toys in Rise of Skywalker and ruined something I loved. Luckily, I had The Mandalorian to keep me interested and engaged. Otherwise, I probably would be a little apprehensive to watch anything Star Wars adjacent.

But now, I get to return to the story I maybe love the most: a tale of a father and his son, Baby Yoda. The Dadalorian adventures just bring me joy, and I know I’m not alone in that ,so getting new episodes in 2020 feels like a blessing and a gift that we all need right now.

So thanks, Baby Yoda and Pedro Pascal, for having my best interests at heart.