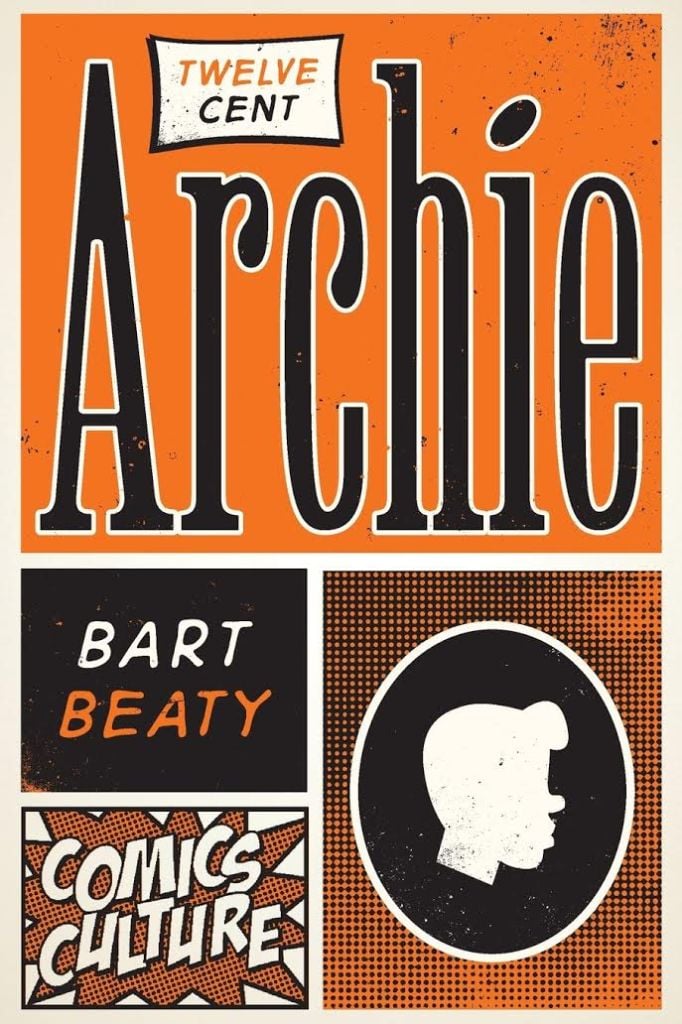 Canadian comics scholar Bart Beaty admits he had “something of a political motivation” for spending the last year of his life tracking down more than 900 rare ‘60s Archie comics*, reading them, analyzing them and writing Twelve-Cent Archie, the book billed as “the first scholarly study of the Archie comic.”

“Some of my colleagues are somewhat appalled that I’ve written on this comic,” says the University of Calgary professor. “They think it’s self-evidently stupid, there’s nothing interesting to say there, Archie has nothing to suggest, and so on. I hope the book proves them wrong. And that was my intention to write it, was to really challenge the kind of snobbery that’s inherent in the way that comics aren’t studied.”

The hallowed halls of academia have finally started warm up to comics studies in recent years. Plenty of programs offer introductory courses on graphic literature, and it’s no longer uncommon to find Maus or Fun Home or Persepolis on an English major’s syllabus. But only a select few books — the Pulitzer Prize winners, the poignant coming-of-age autobiographies, the hefty tomes we’re supposed to refer to as “graphic novels” — a have been deemed worthwhile of study

“I’m in the English department and my colleagues all teach, y’know, Shakespeare and Milton and Blake and they can name all the great writers of the canon. And what struck me is that in comics now, we have certain authors that are sort of becoming our Shakespeares and our Blakes and our Miltons, and then certain comics are just being left out of this conversation,” says Beaty.

“And I wanted to say, well, what would it be like to bring these comics back into the conversation about what comics have been over time? Because in some ways, Archie is a much more typical and more important than any of those books, but nobody thinks so.”

So when Rutgers University Press offered him a chance to contribute to its prestigious Comics Culture series, he opted to dissect arguably the most populist and mainstream comics franchise of all time. The end result is an academic text as unconventional as its subject matter. Divided into 100 short chapters focusing on topics like Jughead’s hat, Betty’s ponytail, and the series’ refusal to acknowledge the cultural changes of its era (not quite the case for modern Archie), Twelve-Cent Archie proves both fascinating and remarkably easy to read.

That’s partly due to Beaty’s obvious enthusiasm for the subject. His research transformed him from scholar to fanboy, enthusiastically praising the physical comedy of panels drawn by Sam Schwartz and Harry Lucey, whose art style influenced underground darlings like Jaime and Gilbert Hernandez of Love & Rockets.

“The big shock [for] me was how interesting these comics were. I really thought that I was sitting down to write a book about pointless comics, and I thought these are all going to be bad, and I’m going to write a book, hopefully a good book, about bad comics. But what I found is that wasn’t the case,” Beaty said.

“I was really surprised to find that some of them were genuinely, hilariously funny. Like really, really clever. Like, really smart. I didn’t think I was going to see any smart comics; and, in fact, there are lots of them that are self-referential, where the characters speak directly to the audience, where they know their own comic book, where they play with the comic book form — all of those things that we think of as being a part of the smart comics that are published today were there in the 1960s in Archie.”

While Twelve-Cent Archie looks back on North America’s most iconic gang of forever-teens, Archie Comics is looking forward. Amid its 75th anniversary celebrations this year, it’s poised to launch Archie #1, a hip, modern reboot from writer Mark Waid (The Flash, Captain America) and artist Fiona Staples (Saga, T.H.U.N.D.E.R Agents). Beaty’s been following the news with interest, but remains wary.

“It’s not Archie to me. It’s kind of like when they recast a character on a TV show and you’re like, ‘Well, I like the old actor,'” he says. “I mean, I hope it’s good. I’ll certainly read it. […] I like what (Waid and Staples) are doing in other projects, and I will be very very curious to see what way they go with this.” 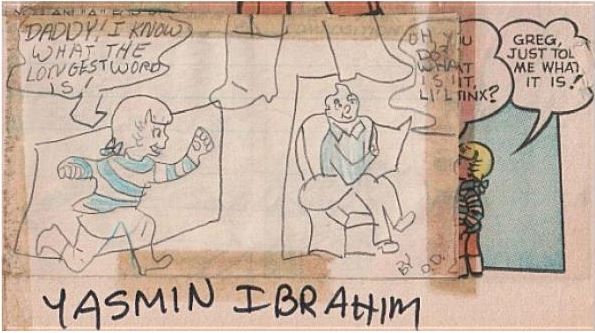 *If your name is Yasmin Ibrahim and you once lovingly restored a cut-out Lil’ Jinx panel in a 1968 edition of Pep, Beaty has your comic and he wants to give it back.

Sheena Goodyear is a Toronto-based writer and editor who works for Sun Media. You can find her on Tumblr as TheSkortingLife or Twitter as @SheenaGoodyear. When she was a little girl, she had a turtle named Jughead.