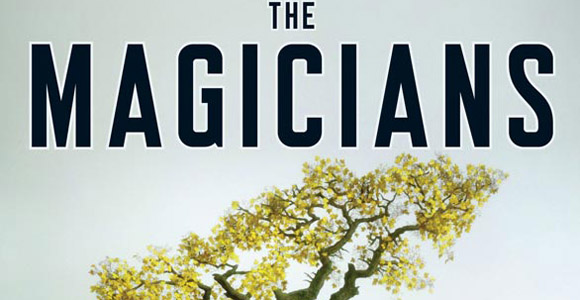 Lev Grossman’s novel The Magicians, which I can only describe as a combination of Harry Potter and the Chronicles of Narnia for adults, is going to be adapted to the small screen. As a big fan of the book I’m very excited but there’s even better news. It’s going to be written by X-Men: First Class/Thor scribes Ashley Miller and Zack Stentz.

Deadline says Fox (eek!) has bought the rights to the novel and Michael London (Milk), Shawn Levy and Michael Adelstein will produce the series set as a one-hour drama for television.

Published in 2009, The Magicians follows Quentin Coldwater and a group of other young adults at a magical boarding school called Brakebills. Quentin, much like Harry Potter, lives in our world initially without knowledge of magic but soon discovers a secret entrance to the school. While in attendance, a few of the students discover access to yet another magical world called Fillory, that Quentin previously read fiction novels about while in his old life. What starts out as merely an exciting discovery quickly turns into adventure and danger for the group who are still too inexperienced in magic to realize the trouble they’ve gotten themselves into.

I made the comparisons to Potter and Narnia and they are certainly easy to see but The Magicians has the sex, drugs and rock and roll aspect those series don’t, which makes it fantastic for young adults who have grown up or just adults. And believe me, it’s good (and different) enough not to be called a rip-off and features one of the most frightening moments I’ve ever read in a book. Grossman published a sequel to the fantasy novel, released this August, called The Magician King.

I’m worried about Fox taking this one, especially after they failed to pick up the fantastic Locke & Key project, but I’m thrilled that this could see the light of day, especially with the writing team they have on board.

(via io9 and Deadline)