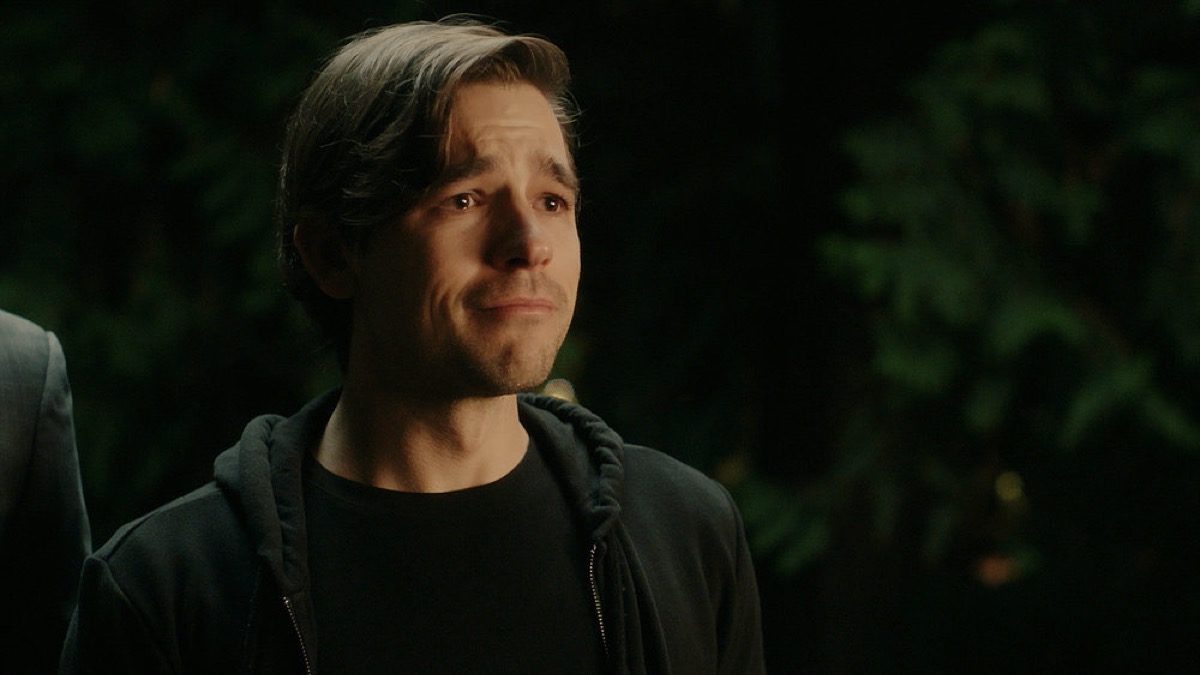 **So many spoilers below for The Magicians season four.**

It’s been months since season four of Syfy’s The Magicians ended, and still, when I think about how it resulted in the death of pseudo-protagonist Quentin Coldwater (Jason Ralph), I’m still left with that hollowness I felt when I first saw, in a beautiful display of narrative imagery, our kind-hearted hero burst into millions of blinking lights, just as his own light was forever extinguished. It’s bizarre to feel grief for a fictional character. Or, at least, I thought so at first when it hung over me well past the point any normal human, who isn’t in the depths of YouTube comment section hell, should obsess over anyone who isn’t real.

Through fandom, we’ve come to understand the sense of collective loss that happens when a series kills off a favorite character. If lucky, the character in question will simply be written off the show or, in another twist of the word “death,” will have a complete personality transplant between seasons or—even worse—episodes.

The reason why these shows, movies, or books have such passionate followings isn’t just because of great writing (there are plenty that flirt with the line of mediocrity more often than not), but because there’s a spark about it that we’re drawn to, a welcoming archway to escapism through reality bending and barrel chested heroes (or brunette, gun-toting heroines with lopsided grins). Buried in whatever thematic dressing, there’s someone we relate to—be it wide scale or microscopically, it’s an inch of a trait we see in ourselves that allows the perfect entry point into a world that otherwise felt larger than what we may dare wander into.

There’s always the character death that shocked you the most (noble but hapless Ned or Robb Stark, perhaps) or left you slightly dejected (let me remind you of the devastation that is “Not Penny’s Boat” and apologize in advance for any sniffles in cubicles.) There are deaths that perfectly mark the end of a storyline for a particular character, ones that are so enraging that fans are forced to quit the show, and ones that were the catalyst for one of the greatest episodes of television of this century (even just thinking about Buffy the Vampire Slayer’s “The Body” makes my heart ache).

But as time passed, that tingling grief began to make more sense in hindsight. I, like plenty of other fans of anything, have a tendency to become hyper fixated, and—considering I’m a generally neurotic individual still riding the murky, nauseating waves of anxiety—I’m hyper fixated on things that make me feel good, that make me leave my own overly analytical thoughts on the backburner. The Magicians managed this, and yes, it was, in part, because it offered me a chance to play make-believe for 40 minutes per episode, but more so than that, as it pressed on through the awkward growing pains of season one, it gave me a character to latch onto.

While I don’t suffer from depression like Quentin does (certainly not to the same extent, at least), there was always something delicately empowering about a character whose greatest strength, in the end, was his decency. He was never the flashiest character in the room, easily dwarfed by the outsized personalities of Eliot or Margo and always out-powered by Julia and Alice. 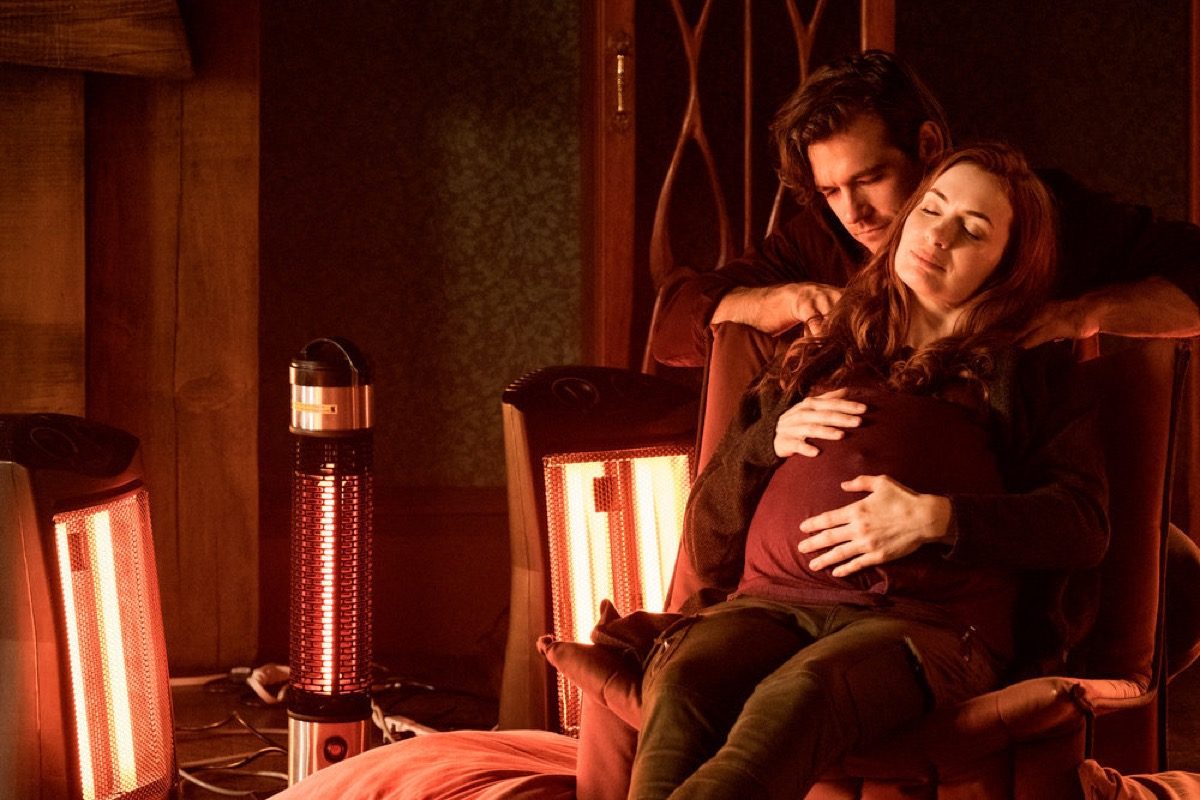 His gift was his kindness—not his bookish intellect, but deep empathy. He understood the need to love something and did so with such purity, such eager necessity that it bled into his adult life. He was able to take his internalized pain and configure it into something that wasn’t just an anchoring footnote but a way to relate to others in pain and to see sparks of hope through his belief in the fantastical.

It isn’t a reach to say that plenty of people associate outsized responses to TV moments with fan entitlement and, to be fair, they’re not totally off base. In reactions to Captain Marvel, Game of Thrones, and Star Wars: The Last Jedi, we’ve seen how viewers can twist the source material into something ugly, both believing that they deserved a certain type of story they didn’t get and/or that they could do better than the vision behind the work.

However, that often straight, male indignant fury is quite different from those of us who grieve in the smaller, less abrasive way. Think of the anger of fans when LGBTQ+ characters are needlessly killed off in acts of cheap shock value (an element that certainly doesn’t help The Magicians’ case, as Quentin had seemingly been written as bisexual).

It’s not wrong to feel for the loss of a character or to do so over many months (as I have) because there’s a level of catharsis in knowing that you aren’t alone in this feeling. It’s part of what makes TV (all art, too, but television especially) such an enjoyable communal escape: We aren’t just leaving our self-provided emotions behind us for a while, but we’re also finding like-minded people who can also see themselves in a character like Q, a repairer of small objects.

Quentin’s loss hurt for a number of reasons. For one thing, his story wasn’t finished, and after a season or two of teasing an Eliot and Quentin reunion, the lack of closure makes what came before ring hollow, if still beautiful in individual moments. For another, it presents itself as daring for killing off the imagined lead character, but with the LGBTQ characterization, that death isn’t just shocking, but another sad tally in an ever-growing statistic.

Jason Ralph did some of his finest work in season four, imbuing Q with an apathy that manifested in his physicality, in a persistent hunch of his shoulders and world-weariness that had him further burrowing into himself. His depression, which had largely been spoken of in the past tense, was fully on display in his disinterest and his waning knack for self-preservation.

It was a note that made his death—and his worry, afterward, that maybe it hadn’t been so accidental—all the more devastating. We get the feeling that, had he made it through to the ending moments, he too would be sitting around the campfire with all of his friends and loved ones, that maybe that icy façade he’d built throughout the season would’ve thawed again. 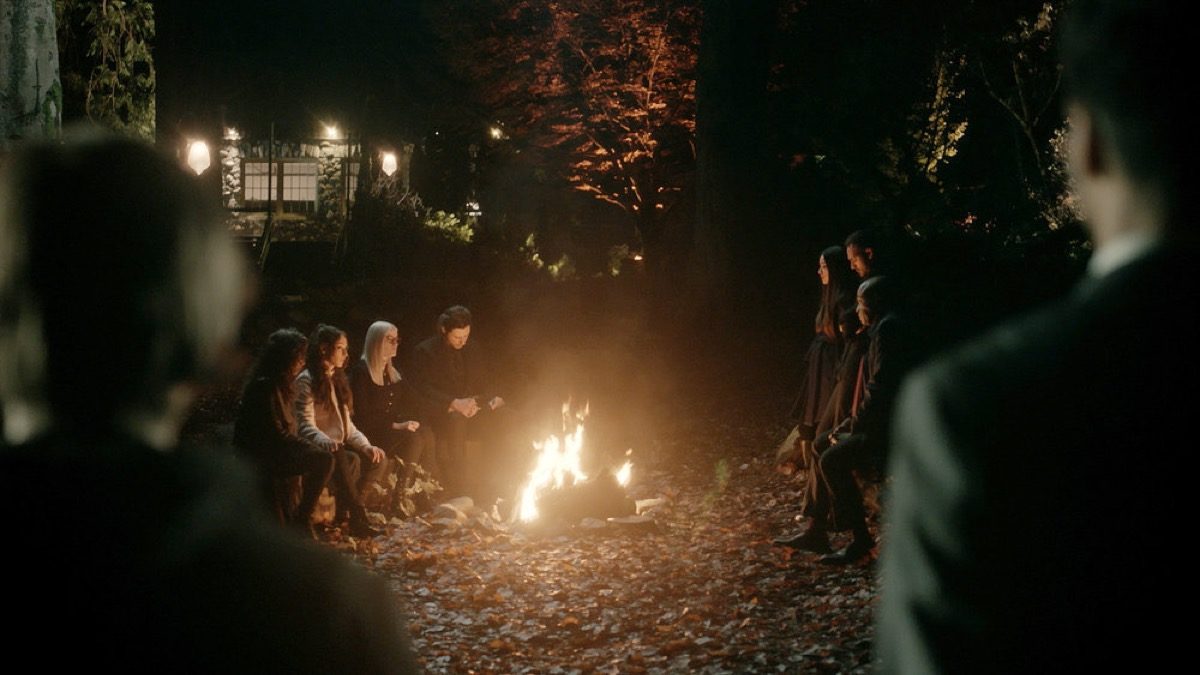 Beyond all of the possibilities that were missed—storylines lost and relationships unfulfilled—there was a deeper sadness in losing a character who, in my own way, represented attributes I wished to see onscreen more. From his unlikely acts of heroism to seeing the strength in those around him and a desire and will to do good by those he loved, Quentin was the opposite to so many antiheroes, or rough-around-the-edges/heart-of-gold types.

He wore his heart on his sleeve, and it was almost always messy. He was sad and neurotic, passionate and obsessive, and he found fantastical worlds as a means to cope with a self-destructive, emotionally volatile mind. Sometimes we need those stories to help us see beyond our present, to give us light and offer a reprieve from anxiety.

He wasn’t so much an audience insert as someone who took on the baggage of the viewers to allow us assertive affirmation that our fervor for these transportive tales is worthwhile. In learning to deal with the death of a character I loved, it’s been easier to realize that, so often, the reason we mourn fictionalized people in highly fictionalized worlds isn’t so much because we’ll miss them (though I will), but because we’ll miss that outlet—that mirror—that granted us an array of exuberant escape.

Be it through fleeting glances or stolen kisses, through sing-a-longs or mystifying subtleties of dynamics, or dragons, sentient ships, and fabulous gowns made for a Queen (or King), The Magicians was a perfectly packaged means of profound reality pauses. With the loss of Quentin, it loses its heart. Still, with the journeys we went on with him, it’s bittersweet and all the more poignant in the end.