The Magicians Recap: “The Fillorian Candidate” Takes on Traumas Old and New 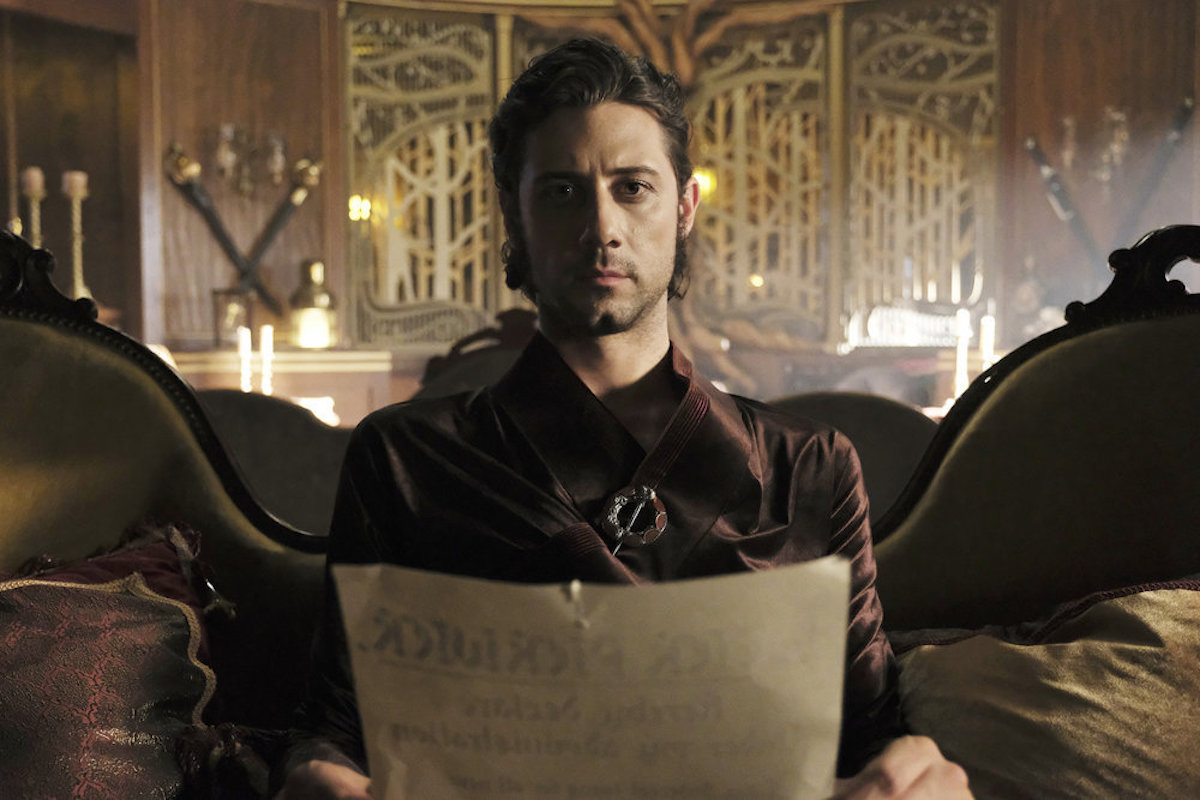 Welcome to our recaps for Syfy’s The Magicians! This week is season 3, episode 12, “The Fillorian Candidate.”

Things are converging. There’s another monster that needs to be faced at the end of the world in order for magic to come back in. Before facing the ultimate monster, you have to face the old ones with new twists. You have to face yourself and, my god, how many women has Josh slept with that he has to constantly talk about and he’s surprised at the werewolf STD? Yes, I’m judging a bit. Do you want this re-cap or not?

This episode was a tearjerker for both typical and atypical reasons. As Penny Twenty-Three, Julia, and Josh return from the other universe, they are vocal and open with everyone about everything they saw there. I say this because so many times people viewing other realities either end up not remembering or being tight-lipped. It’s so common a plot device that The Magicians refusing to do it that way is what one has come to expect.

We all remember “Day in The Life” when Q/Eliot happened, along with Q having a son and wife. It’s so nice that Q remembers it too and that it’s made him a better man. Meanwhile. Eliot has committed to Fillory in full force. The tear-jerking came for me not in the expected place but with the brilliant political allegory. Fen nails what it’s like to be a girl in a small town with little options whose fate is decided for her. But it’s after your life has been “decided” that options often begin.

In Eliot and Margo’s quest to save Fillory, Eliot shifts back into some season two behavior. His thirst for winning and power causes him to throw Margo under the bus again. It’s not his fault a woman could never win an election in Fillory. Luckily, Margo doesn’t go back to her season two behavior. The end result is something I wish could happen in real life. But, I think that’s as likely as Eliot’s dad saying: “I’m happy you’re dating a bear.” Even though I saw the joke coming it was great!

Fray fans will be happy to see her again. The show is walking a fine line with keeping the talking animals believable and not whimsical. But I’m all about the talking bunnies. I have my theories about how smart they are. I also know there may be some ring-tones out there now of a talking bunny gasping out “Eat my ass.”

If you are a fan of bad girls getting romance, you may not be very happy with Kady’s plight. I really don’t know how I would feel if my boyfriend came back and told me he actually wasn’t my boyfriend but another version of him where we never met. Furthermore, he’s also in love with another version of my ex-bestie. But, Kady deals. The Magicians proves that this is a show for emotionally mature people—and that “soap operas” with emotionally mature characters can work.

I think the truly most powerful storyline is the callback to Julia and Kady’s trauma with Reynard. Most people only focus on trauma survivors who’ve suffered the most, and we forget survivors like Kady who are survivors too. This episode showed that most survivors aren’t going for vengeance. They want safety and peace, but they have to fight for it, like are seeing in real life in March for Our Lives. Often when the predator who has caused the trauma is seen in their true weak form, as Reynard was, the feeling a survivor has is not one of anger but weariness.

As Julia has become more powerful, we still see that trauma never really goes away. Julia is an example of how trauma can be part of you without defining you. While she’s becoming more of a goddess she never loses being Julia. Writers always make Madonnas and goddesses go quiet. We think this is to show mystery. But, I think it comes down to the old Seinfeld episode when Jerry and George had to write a woman: “I don’t know. What do women say?” Then Elaine walks in and they tell her to stop interrupting.

What does a goddess say? They probably would say what Julia would normally say along with her own person-quest of being a goddess. I don’t know where Julia’s story is going to lead. While it’s going in a familiar direction with the burden of being a goddess, it isn’t tiresome, as Mauve plays it was subtly passion. Even if the finale ends with her in a Jean Gray/Dark Phoenix sacrifice (which I really hope it doesn’t) it would still be interesting to watch. I’m hoping like all the characters she will continue to evolve. She has recognized that her power may have come from trauma, but it has grown into something else. How Julia confronts and speaks to and about Reynard is fascinating. She tells her friends that while she is far more powerful than him, he is a trickster.

If you believe in good and evil (even while not absolute) I think smart empathic people must always remember that they can lose if they are fighting against someone who has no scruples or morals. Julia understands Reynard—as we saw Quentin come to understand The Beast in a far different way.

Mackenzie Austin has played Reynard as a vicious sadist, an abandoned child, and now a pathetic has-been. He also played his true believer Richard with complete sincerity that made the reveal of Reynard truly tragic, and not just a big bad.

I think this is what author Grossman was so good at. He knew, or knows, how to use magic as a metaphor to create horrifying villains not because these villains are beastly and magical, but because they are very human predators who know how to turn the character’s own desires against themselves and, sometimes, cause their own destruction. I think the show creators’ Sera Gamble and John McNamara understood this, and that’s why they bought the show with their own funds.

So, this is why I am at such a loss at who or what this new “monster” at the end of the world is going to be. It must be someone we already know, right? Some alternate version of someone. Niffin Alice would seem to be the most logical vote, which is probably why it’s not her. Werewolf Josh? I am not sure. But, I surely want to find out. What are your theories? Will the twist be whimsically tragic or just full-on tragic?