The Legend of Korra Newbie Recap: “The Metal Clan” 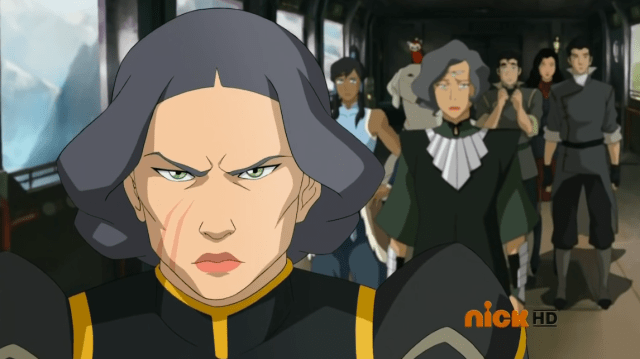 AKA some Lin Beifong backstory and IS THAT YOU, SKRILLEX?

The end of last week’s episode saw Team Avatar split up: Tenzin went with Bumi, Jinora, Kai and the new airbenders to the Northern Air Temple, while Lin Beifong escorts Korra, Bolin, Mako, and Asami back to Republic City, where the Avatar will ostensibly be safe from the four kidnap-happy zealots trying to track her down. (Because Republic City is soooo safe.) However, on the way they’re sidetracked by news that another airbender has popped up among a people called the “Metal Clan.”

Lin clearly knows who these people are and absolutely doesn’t want to see them, even if she won’t say why. God bless you, Lin. Never go undercover.

Our heroes reach the Metal Clan’s city, which is very shiny and and made entirely of metal. Lin refuses to go into the city, opting to stay in the air Winnebago like a kid who’s upset that their parents have to make a stop at Home Depot before going to McDonalds. She also makes Korra promise not to tell anyone she’s there; Korra, despite sensing some major tomfoolery, reluctantly agrees.

Korra, Mako, Bolin and Asami meet a chieftain/tour guide by the name of Aiwei, who tells them that good ol’ Toph used to live there until she “left to wander the world in search of enlightenment” years ago. Yeeeeahhh, that sounds like Toph. Minus the “enlightenment,” though. I sense a more “You guys are assholes, I’m leaving” situation.

The Metal Clan, as we learn, is a society of overachievers led by Su Yin, whose daughter Opal is the new airbender. Su has three other kids as well: An emo arteest whom I shall refer to as Skrillex: 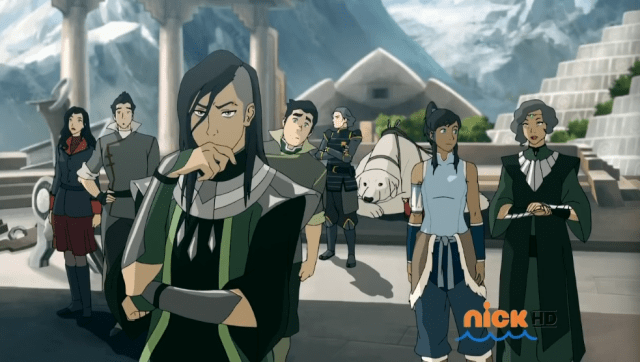 … and Win and Wei, who invented a soccer-by-way-of-frolf game called Powerdisc.

Su Yin seems nice enough, if a bit helicopter mom-ish, though there’s something in the “EVERYONE MUST REACH THEIR FULLEST POTENTIAL. NO ONE IS ALLOWED TO SLACK OFF” attitude of the Metal Clan that’s a little Stepford Wife-ish and ominous. Look at me, I’m intimidated by hippies.

Anyway, Aiwei figures out that Korra was lying about their being another person in their party, because he’s a “truthseer,” which means “there are no secrets in our city.” Mm-hmm. Suuuuure. Also, Bolin’s “we’ve been caught!” face is everything. 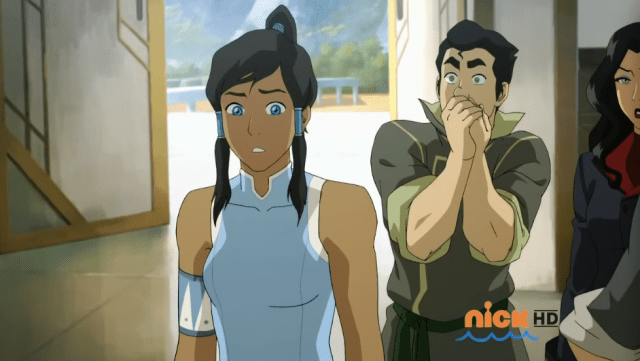 You can watch this whole show just paying attention to the faces he pulls in the background. He’s like Legolas that way.

Korra fesses up about Lin, who as it turns out is Su’s estranged sister. Well, half-sister; same mother, different fathers. Get it, Toph! Lin and Su have an awkward reunion—we don’t find out if there’s anything specific that drove them apart, though it looks to be a combination of sibling rivalry/competing for Toph’s attention/sheer stubbornness—and the group heads off to meet Opal, who’s just the sweetest little Taylor Swift puffball ever to exist. She and Bolin get to flirting right off the bat, and Su convinces Korra to train Opal at home for a few days before whisking her off to the Northern Air Temple.

That night at dinner, who should show up but my best friend Varrick, who’s in charge of Su’s tech division! (She has a tech division? This is the fanciest hippie commune ever!)  Lin gets snitty about her sister harboring a fugitive, whereas Bolin’s trying to pretend he’s not happy to see his ex-boss, the one-time potential presidential kidnapper. 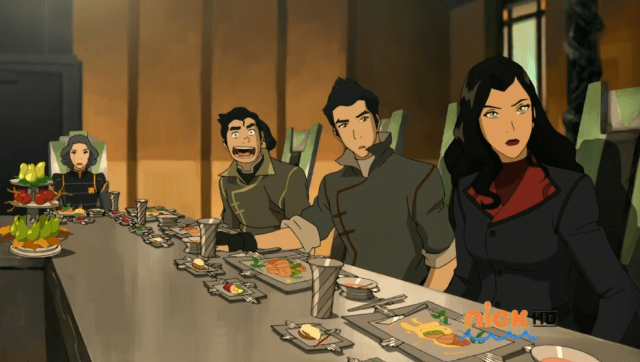 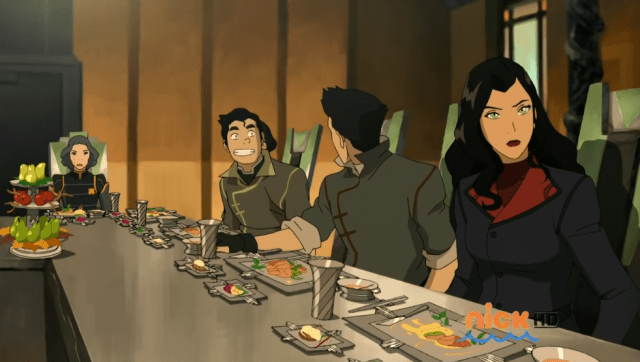 Meanwhile, Varrick thinks the future is in magnets.

After a brief bro conversation between Mako and Bolin as the former applies hair gel and primps his eyebrows, Bolin goes to try and woo Opal, who tells him off for acting weird and suggests he act like himself. Eh … it’s sweet. They’re sweet. That’s all I have to say about this relationship, really.

Korra, queen of emotional sensitivity, decides she wants to bring Lin’s family back together, so she engineers a meeting between Lin and Opal, who’s always wanted to meet her aunt. But Lin’s emotional constipation is too strong, and she’s been hanging around Mako too much to drop the angsty broodiness just like that, so instead of letting her rainbow-and-puppies-and-sunshine niece past her defenses, she tells her to GTFO and then cries about it.

Now, for the B-plot! Back at Air Temple Island, Kya, Ikki, and Meelo are teaching Republic City’s new airbenders. You think any of them are maybe a bit bitter that their education’s being left in the hands of a snot-nosed five year old? A Mr. Clean-looking guy shows up and proceeds to know waaaay more than a guy who’s been an airbender for a couple of weeks should. He also creeps around Tenzin’s study and asks Kya whether Korra’s at the Northern Air Temple with Tenzin—no reason, no reason at all! Queen boss bitch Kya figures out pretty soon that something’s up, but after a fight scene, Mr. Clean’s able to get away. And, surprise, Mr. Clean is Zaheer, whom I didn’t even recognize without his beard. 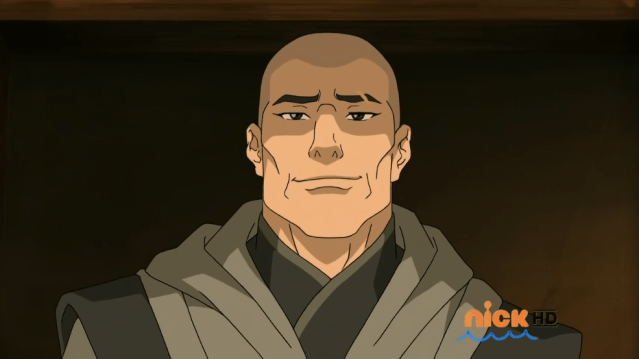 Oh, no. The hobo airbender is hot. And also Henry Rollins. 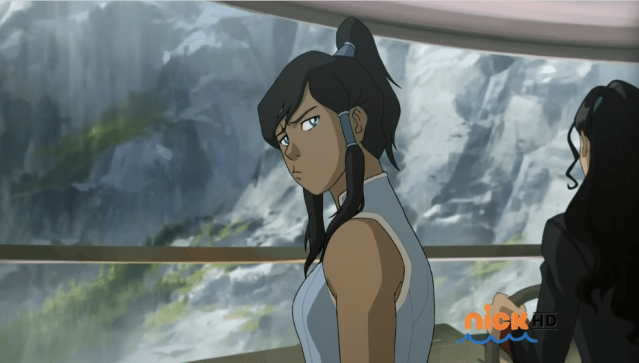