The Legacy of The Stepford Wives | The Mary Sue

The Legacy of The Stepford Wives 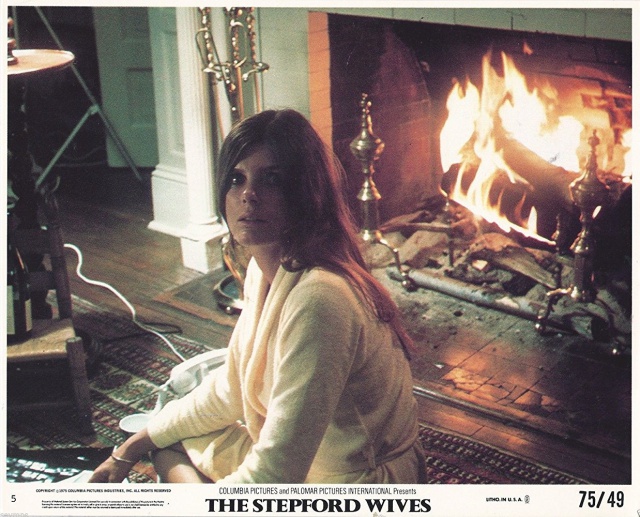 After watching Get Out earlier this year, the movie that kept coming to my mind, and many others was The Stepford Wives. Based on the book by Ira Levin, the mind behind Rosemary’s Baby as well, the film and novel deal with the idyllic town of Stepford, in which all of the wives are unusually dedicated to their husbands and families. The main character Joanna Eberhart and her best friend Bobbie Markowe watch as their friends change overnight and become “obedient male fantasies.”

Entertainment Weekly has done a special inside look on the 1975 horror classic and it’s lasting impact on not just the world of horror, but also feminist critical analysis. The term “Stepford wife” has become a part of our cultural lexicon that transcends both the film and the book.

“It’s the first of the women’s-lib kind of movies,” Paula Prentiss, who plays Bobbie Markowe says. “It isn’t pounding you on the head. It’s doing it through horror and comedy, and that’s a good genre.”

The article goes into how they went about casting the movie and coming up with the style for the wives: “Think Marilyn Monroe meets June Cleaver” rather than the “Playboy Bunnies” that Bill Goldman, who wrote the script, originally thought of. Which is a massive relief, because the point of the book isn’t that the men want sexual objects, they just want objects.

The film was shot on location in Connecticut, with towns like Darien and Fairfield standing in for the utopian Stepford. “A lot of horror movies are dark and gloomy and sinister, but this was a horror that was in sunlight with beautiful surroundings and beautiful people,” Newman says. “It made it so it lulled you along until it finally terrified you.”

Despite how successful the movie is thought of today, when it was first released, second-wave feminist were not a fan—with Betty Friedan calling it a “rip-off of the women’s movement.”

“She was very upset about our movie,” Tina Louise says. “Very upset. She thought Ira Levin was saying that’s the way things should be, but he didn’t feel that way at all.

And honestly, I’d have to disagree with Ms. Friedan’s assessment of the film as well. What makes the movie work so well, and the book for that matter, is the fact that the husbands are willing to do this to their wives. Throughout the story, as Joanna is telling her husband all her fears and concerns, he is planning to turn her into this robot.

There is no way to watch the ending of the film, with all the women walking calmly and speaking to each other in soft hushed tones with nothing to say to each other. All they can do is shop and say hello. They have no depth, no feeling and no fire. They are forever and always “Fine.”

The horror is that the men that “loved them” made them that way.