The Inclusive Illusion of Star Wars: The Last Jedi 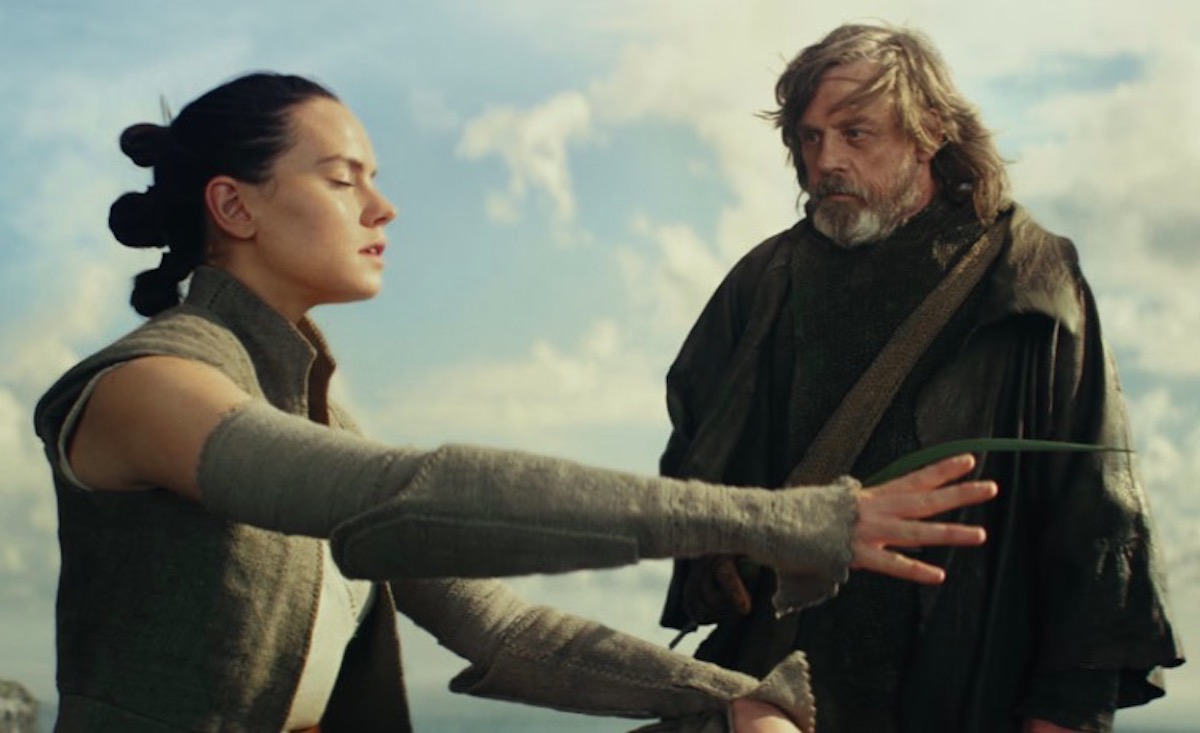 Nothing has created a greater disturbance in the Force than Star Wars: The Last Jedi. While many critics and large numbers of fans have praised the film for its “new direction,” an undeniable backlash has grown against it. Many fans of the movie have lumped all this criticism together as the same racist and misogynist fanboys who decried the inclusion of Finn from the first Force Awakens teaser, as well as the increase of women in Star Wars media. Those hateful detractors certainly exist, but the limited perspective that all criticism is in that bad faith has masked the flaws of The Last Jedi in terms of feminism and diversity. The movie diminishes the role of its own female lead, mishandles its characters of color, and gives women and POC no meaningful impact on the final story.

When The Force Awakens came out, Rey was a shining light for female fans of Star Wars. While Rey was not the first important woman in the franchise, she was significant in being one of the main protagonists like Luke and Anakin. It was heartwarming to see Rey have agency and humanity. However, The Last Jedi strips these elements from her. Rather than the focus of Rey’s arc being on her Jedi training and character development, Rey is relegated to attempting to make Luke Skywalker return to the Resistance and trying to “save” Kylo Ren, even if he shows no signs of remorse.

The issue here is that the story focuses more on how Luke feels about his past failures, and Kylo’s “reasons” for turning against Luke. It does not give any consideration to Rey’s emotions and choices, and even when it does, it is very weak. Even worse, Rey is forced to sympathize with Kylo Ren, who in-universe, a couple days ago, captured and violated her mentally, killed her father figure, and severely injured her friend to the point of a coma. In spite of their first two Force connection scenes, where Rey is angry with Kylo, Rey suddenly opens up her feelings to him during their third and final connection.

The film showed no previous positive development of her relationship with him. No solid reason exists for Rey to trust or believe Kylo Ren. Rian Johnson himself stated in his interview with the LA Times, “So I knew I wanted them to talk, and to talk enough to where we could go from “I hate you,” to her being forced to actually engage with him.“ In our current times, it’s disturbing how our female lead is expected to excuse a threatening and violent white man just because of his tragic backstory.

The situation worsens as Rey goes on a suicide mission to save “Ben Solo.” Rey speaks of how she saw a vision of Kylo’s future in the Light Side, but we are simply told instead of shown. Even in the throne room sequence, Rey’s decisions are not at the center, as the big twist is Kylo choosing to kill his master, Supreme Leader Snoke. After Rey’s parentage reveal, Kylo tells her, “You have no place in this story.” Hearing this broke my heart, because deep down, it was true of the movie. Rey’s screen time even dropped from 43 minutes in TFA to 30 minutes in TLJ. She didn’t go on a compelling journey that expanded her character in any genuine way. I never imagined this would happen after The Force Awakens, but Rey has unfortunately joined the ranks of Joss Whedon’s Age of Ultron Natasha and Justice League Diana.

Not only stripping away Rey’s agency, The Last Jedi is a disservice to all its characters of color. In the first space battle, I was thrilled to meet Paige Tico, a Vietnamese female space pilot, only to get crushed after seeing her die without so much as one line of dialogue. The damage grew worse with Finn’s treatment. Despite getting an injury so painful it put him in a coma, Finn wakes up, bangs his head, and walks around in nothing but a bacta suit on in his first scene, all for comedic relief. He’s demoted from a protagonist to side-character throughout his seventeen minutes of reduced screen time. Even when Finn tries to do the right thing, the narrative slaps—or, unfortunately, tases—him for it. When he tries to get Rey’s beacon away from the First Order so she won’t be falling into a trap, Rose Tico calls him a traitor, tases him, and spends an entire storyline teaching him not to be selfish—because clearly choosing to spare innocents’ lives and going back for Rey were not selfless enough? Finn is forced to go on a downgraded version of his Force Awakens arc. The meaningless Canto Bight plot is regarded by even fans of the film as the weakest link, and it’s upsetting because Finn and Rose deserve better.

We’re already lacking in Black and Vietnamese movie characters as it is, making it even more important to get them right! Rose is denied proper writing, as most of her time is spent preaching to Finn about how things like child slavery are bad—to a former child-soldier. This has caused many fans to hate Rose, but imagine what could have been if she had been well written! She’s also given a flat romance with Finn, after she sacrifices himself to save him to show how we must save what we love, which … he wasn’t already doing all along? She’s also left in a comatose state by the film’s conclusion.

Part of diversity is actively putting your characters of color in impactful roles and allowing them to live as most white leads do. Poe Dameron is also changed from the responsible and caring person he was in The Force Awakens to a reckless, disobedient, and glory-obsessed pilot. It’s very upsetting to turn one of the Latinx characters of Star Wars into a Latinx stereotype. Poe is forced to deal with his new leader, Admiral Holdo, who he has a right to question, as she denies any of the Resistance information about her plan. Once again, the narrative slams down on Poe, as he later gets punished by getting shot unconscious by General Organa, followed by Leia and Holdo saying how they “like” him despite how they’ve treated him. Leia’s “follow him” line on Crait is too little, too late, as The Last Jedi gave Poe, Finn, Rose, and Paige the backseat in terms of story treatment.

Finally, The Last Jedi does not give the female characters and characters of color any other role than supporting their (white) male counterparts. Rey’s job is to sway Luke, then Kylo, to her side. Rose has the job of teaching Finn something he already knew. Holdo exists to make Poe listen to women. And what about Leia Organa, who only hours ago lost her husband and, by the film’s conclusion, her brother? Leia is put in a coma after her Shooting Stars sequence, and no insight is given into how she feels, nor does she get to make meaningful decisions. The Last Jedi doesn’t let its women drive their own stories. It’s only wearing a sign that says, “I contain women, so I must be feminist, right?”

Like diversity, feminism is more than just having women on the screen. The female characters need to have their own individual motivations and meaningful storylines. Admiral Holdo is killed off to complete Poe’s character arc. It’s quite telling how one of the most memorable shots of the film is a woman sacrificing herself after she’s outlived her usefulness to the story. Rose is left in a state of limbo at the film’s conclusion, and it’s implied that there might be a competition between her and Rey for Finn’s attention, because how feminist is it to have two women fighting over a man, right?

Rey herself has no major role in the final battle other than rescuing the Resistance. The emotional drama of the final battle is rooted between Luke and Kylo, not our main heroes. The end product leaves all the female characters and characters of color without any meaningful impact on the story. This is disheartening because two years ago, Lucasfilm promised that everyone would be a part of Star Wars with the Sequel Trilogy. Now, that hope has vanished with The Last Jedi. Compare this to Wonder Woman and Black Panther. These two movies had racist/sexist campaigns against them, but they still have high audience Rotten Tomatoes scores, unlike The Last Jedi. Fans who disliked this movie ought to be taken seriously, not lumped in the same boat as the men who call Rey a Mary Sue. If people do not listen to these concerns, Lucasfilm may repeat these mistakes with Episode 9. The fans need to rise up this time to give Rey, Finn, Poe, Rose, Leia, Holdo, and more the story they deserve.

[Editor’s note: The original version of this article mistakenly used the term “POC” as an adjective. We apologize for the error.]

An avid writer, Jewel Queen loves all things science, Star Wars, Disney, Marvel and more of fantasy and fiction! Her goal is to put all her perspective, passion and views into her writing. Her all-time favorite characters include Finn, Moana, Rey, Poe Dameron and Belle. She has a particular affinity for Biology and a soft spot for fantastical creatures.