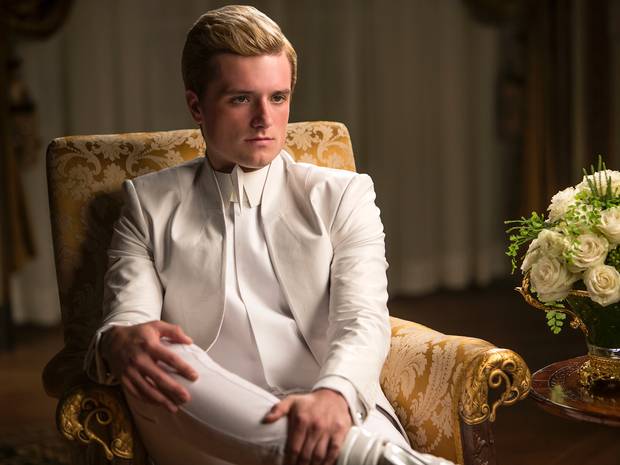 Following yesterday’s Hall H SDCC panel, Hunger Games stars Josh Hutcherson, Jennifer Lawrence, and Liam Hemsworth appeared on Conan and were asked by the late night host if there had been talks about further additions to the franchise, either in prequel or sequel form.

“There is,” replied Hutcherson, before reportedly covering his mouth. “I’m sorry, I can’t say that. We’ll see what happens.”

One of the most fascinating aspects of watching the Hunger Games franchise evolve has been Lionsgate’s excess, its ability to emulate The Capitol in order to sell a movie about destroying it. Personally, I doubt that a direct prequel or sequel film would serve the Hunger Games story or its fandom, but it’s certainly in line with the franchise’s ability to be self aware while selling out.

In other news, this also happened:

Gotta love this time of year.